Blog » Wine, Beer & Spirits » Beer » Beers from Around the World » North American Beers » Beers of the United States » The Best Baltimore Breweries to Visit in Maryland

There are 94 breweries in Maryland, the best of which most would agree can be found in none other than the major city of Baltimore. Beyond the fisheries, harbours, and crab shacks, Baltimore actually has some great craft beers being produced by its local breweries. If you are interested in finding out about some of the coolest Baltimore breweries out there, this article is for you.

The famous National Brewing Company, Baltimore-s oldest brewery, might be a thing of the past no but that does not mean the city no longer makes good beer. In fact, the absence of big monopolies in the market has most likely stimulated Maryland’s local craft beer market.

The pilot brewery for Guinness located at St James’s Gate was made open for public access back in 2015. Guinness has been hard at work in this brewery cooking up some phenomenal beers, ale, and larger since long before this, however.

For years now, Guinness has been using the facility to explore and innovate their beer crafting skills. The brewery specifically experiments with barrel-ageing. Of course, this is how it is usually done when making Guinness but the purpose of the Baltimore brewery is to workshop this process to create new kinds of beer that take on the best elements of American and Irish beers.

The Guinness Brewery in Baltimore combines traditional Irish brewing techniques with contemporary American methodologies and ingredients to create a truly unique and internationally collaborative style of beer, unlike anything you have tried before.

Despite it being a traditional Irish brand, the proprietors of the Baltimore-based Guinness Brewery are invested in maintaining their beers’ popularity among Americans. This is because they are of the opinion that the American beer industry and its beer industry trends are at the forefront of innovation within the international world of brewing.

As it currently stands, the Guinness Brewery is the biggest brewery in all of Maryland. Better yet, it also produces the Baltimore Blonde which just so happens to be the best-selling craft beer in the entire state.
Here we see the Irish, once again, teaching the rest of the world how it’s done when it comes to great beermaking. Of all the breweries Baltimore has to offer, this is the one most likely to walk away with awards at the Maryland Craft Beer Festival

We are now going to travel to the opposite end of the spectrum in terms of the scale of business. Standing in stark contrast to the Guinness brewery, the Suspended Brewing Company (SBC) is a minuscule brewery located in Pigtown, Baltimore.

What this tiniest of Baltimore breweries lacks in size it makes up for in the value it brings to the craft beer community of Maryland. Of all the breweries Baltimore has to offer, the SBC is the only one that is fully vegan.

According to its mission statement, they are a minority and female-owned cruelty-free company dedicated to advocating for social justice and environmental awareness. Their goal is to encourage social awareness and positivity within their neighbourhood. Whenever you buy a beer from SBC, a portion of the proceeds goes to charity.

The beers available inside SBC are made primarily using a mixed culture fermentation technique but their catalogue is very eclectic. Lager, ale, hoppy bezzers – you name it, SBC probably sells it. Interestingly enough, the company is always quite fond of combining fruits and vegetables to produce fragrant and sweet beers.

There is cosy seating available inside the brewery and plenty of room outdoors as well. SBC is also following the growler trend and allows you to fill up on their tap beers for takeaway. The option for takeaway draughts includes a 750 ml bottle and a 1.5-litre magnum. On Friday, there is a food truck selling the yummiest vegan food at good prices.

SBC is dog friendly on the condition that you have a friendly dog. SBC is very active on social media, namely Instagram and Facebook. They are always throwing events so it would be worthwhile giving them a follow to stay up to date with what they are up to, especially if you resonate with their mission statement. 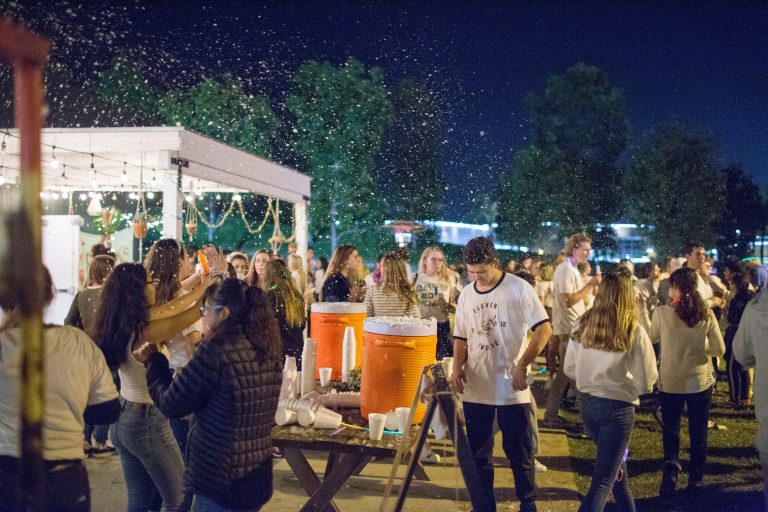 This is the biggest event in craft beer shared among breweries in Baltimore. The festival is centred around the celebration of Baltimore breweries and beermakers. Local businesses are encouraged to submit their homemade craft beers for invigilation in the Baltimore Craft Beer Competition hosted in the heart of Baltimore.

The competition is hosted and judged by the Brewer Association of Maryland (BAM), a non-profit organisation comprised of volunteers from the Maryland brewing community whose goal is to promote, protect and give appreciation to the state’s craft beer brewing.

The craft beer festival is among the most popular events to occur each year and draws a diverse crowd, young and old. If you are a teetotaller, there is absolutely no need to worry as there are dozens of epic food stalls selling yummy food and numerous exhibitions and performances to enjoy as well.

Guinness and SBC are two Baltimore breweries well worth visiting, the former because you get to taste the fruits of the most cutting-edge beermaking processes and the latter because it supports a good cause. But these two breweries cannot represent Baltimore’s craft beer scene by themselves.

There are 92 other breweries in Maryland begging for a visit as well. It is estimated that Maryland’s craft beer industry is only going to keep on growing into the near future so expect this number to rise.