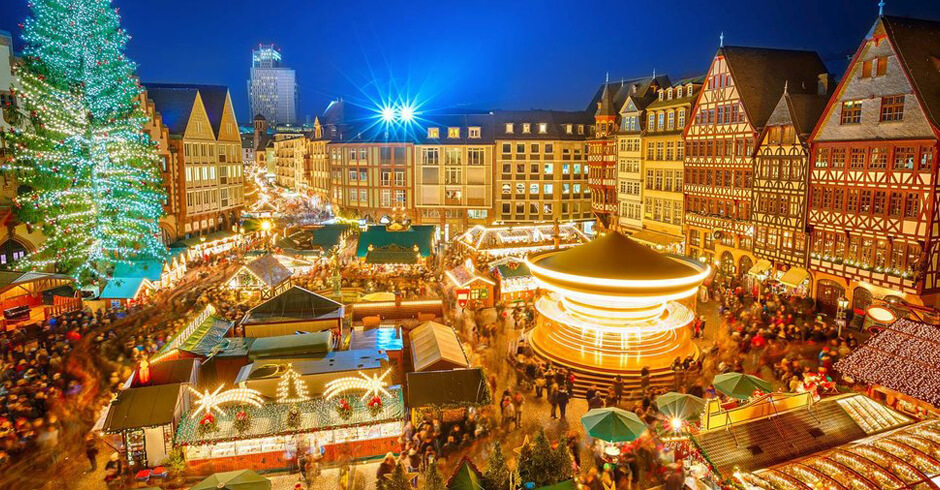 For many years, the festive market has been an important part of Christmas proceedings. In mainland Europe, these markets, selling food, drink and other seasonal items, date back as far as the thirteenth century. Today, the magic has spread far and wide, though commercialism has meant many of these locations have become somewhat overcowded. With that in mind, we take a look at the most authentic Christmas markets around the world; the hidden gem destinations for those in the know.

This small Alpine city hosts a number of markets quite picturesquely surrounded by snow-capped mountain peaks. Perhaps the pick of the bunch is the Alstadt, lined with medieval houses. The specialities here are gingerbread and wonderfully handcrafted wooden toys and ornaments.

At dusk, be sure to witness the spectacle as trumpeters appear on the Golden Roof, a veteran of more than 500 years, to play carols for the crowds. A treat for the littl’uns, meanwhile, lies in wait down the narrow Kiebachgasse, where festive fairytale characters peer down.

Budapest’s biggest fair it may be, but there don’t tend to be quite the raft of market seeking tourists in Budapest as other European cities. The cottage-like stalls at Vörösmarty tér is made all the more authentic by the amount of local art and culture on display.

Christmas markets of yesteryear had stalls restricted to local tradespeople only, and that approach seems to have stuck in Budapest. Puppet theatres thrive, while all products’ local authenticity is verified by a professional jury. Mulled wines and teas aplenty are also on offer, while there is a daily advent calendar display at the 19th century Gerbeaud Cafe.

Also see  Best Christmas Markets in the UK - Which Markets Are On For 2020?

Head on an indulgent festive trip to Budapest >> 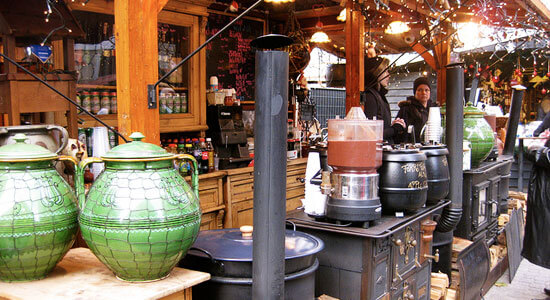 One of the stalls at Budapest Christmas market / Image: Top Budapest, Flickr

It’s the Copenhagen Christmas market that often attracts the most press. Yet Denmark’s second city, Aarhus, might well hold one of the best hidden gem festive markets around.

For those looking to keep warm while immersing themselves in the Christmas market experience, this might well be the best option – for the market is one of the few held indoors.

It’s also a hotbed for craft art, with around 100 booths that feature unique Christmas art, decorations and handicrafts. For those eager to learn a little more, the market even includes workshops so you can learn at first-hand the exact process that is entailed in creating these traditional pieces.

When people think of Christmas markets, they often automatically cast their minds towards Germany. This often results in thoughts of the markets in Hamburg, Frankfurt and Munich. Yet these are usually crowded affairs, populated largely by tourists.

Savvier locals pick out Dresden as one of the best Christmas market destinations. A whole host of markets appear across the city in December time, though the pick is probably the Striezelmarkt. Thought to have been founded in 1434, this one has quite the history.

The world’s largest Christmas arch might be the centrepiece, but also look out for the puppet theatre, wooden castle, plus stalls selling the delightful feuerzangenbowle – known by Germans to be the delicious older brother of gluhwein. Both drinks are types of mulled wine, but feuerzangenbowle includes a rum-soaked sugarloaf that is set on fire and then drips into the wine. 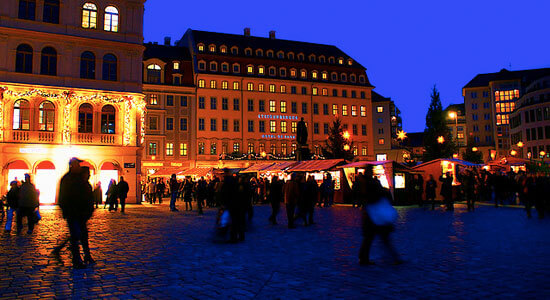 Thoughts of war-torn Sarajevo are a distant memory. The city is 2014’s European Capital of Culture and not without good reason. Its east-meets-west ambience includes narrow, stone-flagged alleys and steep valleys with numerous red-topped houses that disappear into the emerald mountain tops.

In the midst of the city lies the ‘Sarajevo Holiday Market’. Less about gimmicks and more about pared-down quality, the market provides all manner of hand-crafted gems. Look out for some of the local cuisine too, such as Ćevapi – a kind of Bosnian kebab that is comprised of both beef and lamb.