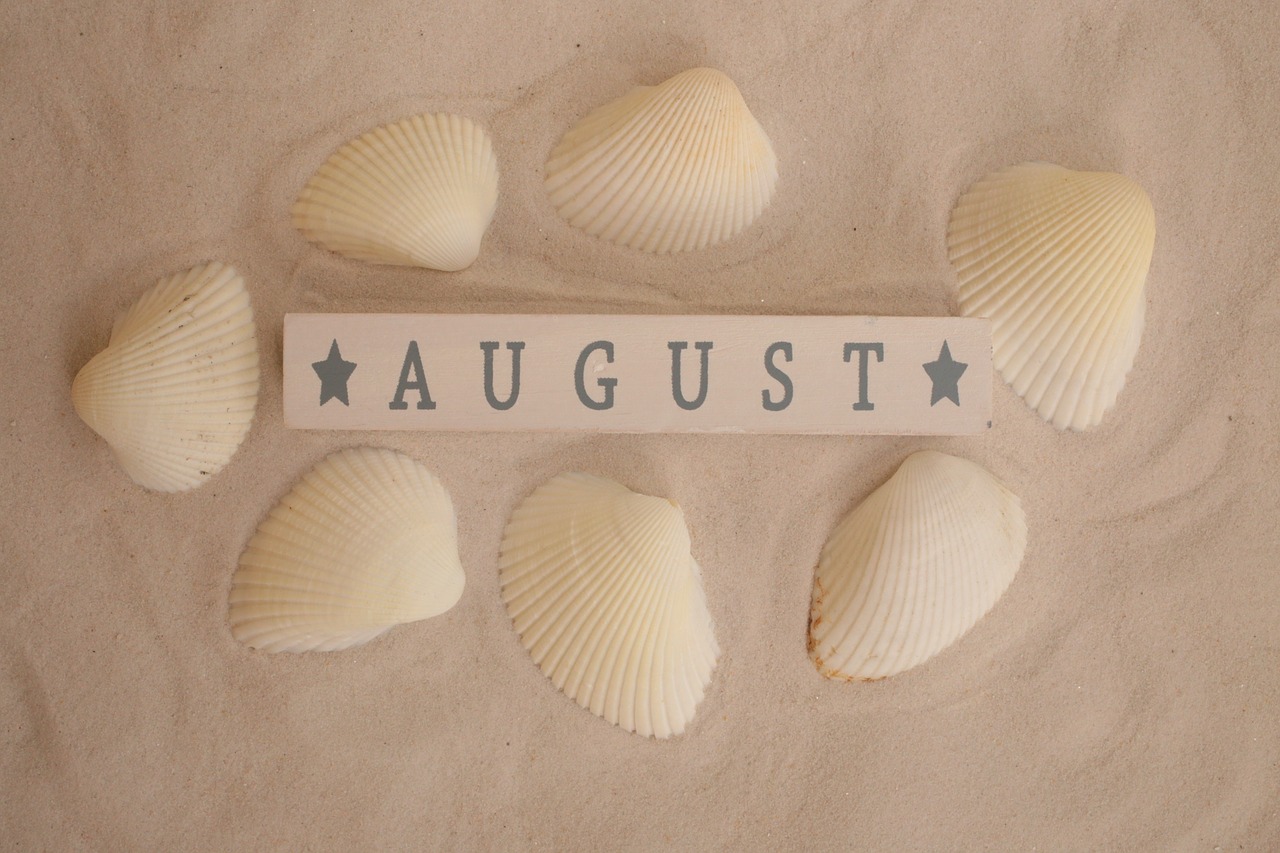 Peridot, spinel, and sardonyx are the three chosen birthstones for the month of August. While most months have only one or two birthstones, those born in August are fortunate enough to pick from one of these three beauties. Each of which is as unique and precious as the last.

All three of these August birthstones tell a different story of colour, shape, and history worth uncovering. Each gemstone belonging to the August assortment holds its own unique value and symbolism, making the decision of which one to pick both easy and challenging.

Discover more about peridot, spinel and sardonyx here and find the perfect August gemstone for yourself or your loved one.

What Are The Birthstones For August?

The chosen birthstones for August are sparkling peridot, spinel, and sardonyx. From deep green to warm crimson, the variety of colour, origin, and symbolism is vast when it comes to these three precious August gems.

Some of them have come to the earth via meteorites from outer space, and others have been brewing in the Earth’s core for over 4000 years. This late Summer trio contains a rich palette of colours that shift with each stone, making August a truly exciting month for precious gems.

Peridot and sardonyx were once the only birthstones for August, but a change was recently made. 2016 was the year that August laid claim to its third birthstone spinel, joining both June and December as a month with more than two attributed birthstones.

There is no particular reason behind why some months have more birthstones than others. But with a trio like peridot, spinel, and sardonyx, we’re certainly not complaining. 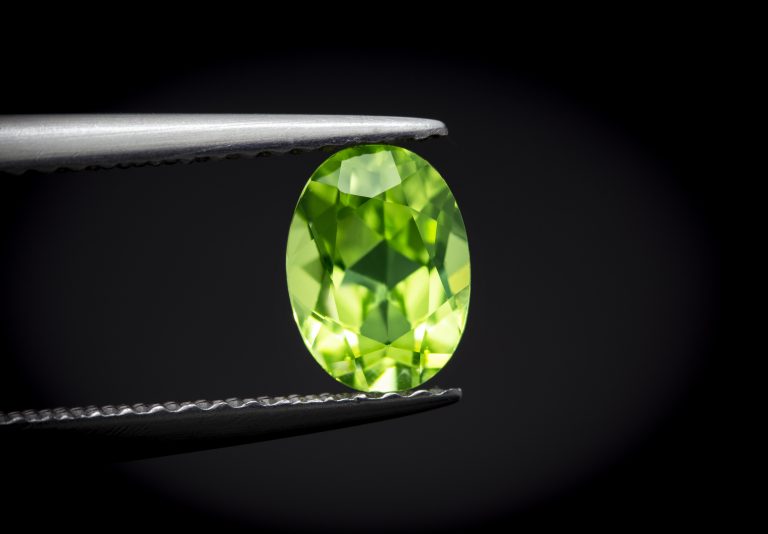 Peridot is a popular choice of birthstone for those lucky enough to be born in August. Often mistaken for emerald, peridot gems have a distinctive green colour that may shift in hue when under certain light.

Delivering a fresh, lime-like hue, the colours of peridot are much softer and warmer than that of the deep, royal emerald. Peridot boasts a stunning sunlit grassiness that makes for wonderful additions to evening jewellery – in particular, earrings.

Belonging to the gem variety of olivine, peridot is often brought into mindful practices such as meditation or Feng Shui. It is this stone that came to earth via a meteorite from space.

From a mystical perspective, peridot is heralded as an aid for big life changes and may bring forward a sense of warmth, friendliness, and protection. Some people even say it can bring good luck to mothers going through childbirth. 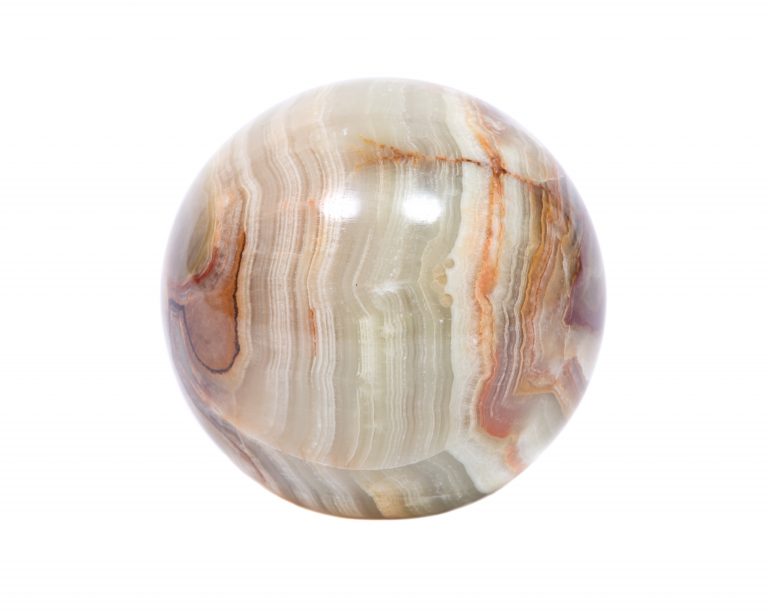 The ancient August gemstone sardonyx takes its place as one of the oldest-known precious gems on record. Being mentioned in the Bible has attributed to its vast recognition, making it an excellent choice of birthstone for anyone born in August.

Sardonyx is comprised of many layers of sard and onyx, two different mineral compositions commonly found in India, Madagascar, Brazil, and Czechoslovakia (amongst many other regions around the world).

Deep, blood-like scarlet hues streaked with brown and white zebra stripes is common to a sardonyx stone. The variation of layers make for a particular uniqueness to every gem, hence its global popularity and belief that it represents the strength of spiritual life. 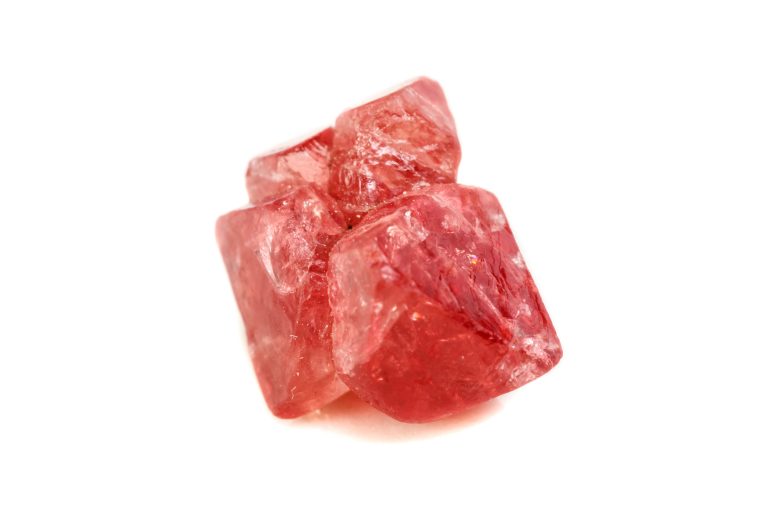 Spinel crystals are available in a broad variety of equally beautiful and vibrant colours, including bright pink, orange, blue, purple, and deep red.

This August birthstone was misidentified as a form of ruby for thousands of years before solidifying its presence on the gemstone scene in the 1800s. One famous position of a large red spinel (previously mistaken for a ruby) is set in Great Britain’s Imperial State crown.

In many cultures around the world, red gems such as the spinel were believed to have healing properties for treating blood-related illnesses or inflammation. Today, this August gemstone is a classic gift for spouses on their 22nd anniversary.

Why Does August Have 3 Birthstones?

Many people are curious as to the history behind birthstone allocation.

All twelve months of the year have been assigned either one, two, three, or even four individual birthstones as a way to provide people with options when designing personalised birthstone jewellery.

Over the years, some months will be assigned new or additional birthstones that fit the economical and practical demands of the time. This enables people to make more affordable birthstone purchases for themselves and their loved ones.

For the most part, any changes made to birthstone groups will not be very big nor happen too often. The majority of the twelve months have just one or two birthstones, with June, August, and December being the exceptions with three or more each.

What Birthstone Color Is August?

In addition to precious gems, some months of the year have been assigned a particular colour.

These colours are typically related to the birthstone colour of the month they belong to (aquamarine for March = light blue, emeralds for May = green etc.), but things become more complicated when a month has been assigned multiple birthstones with different colours.

Strictly speaking, the August birthstone colour should be light green, due to peridot being the original August stone. The freshness and levity of light green can also be associated with the Northern hemisphere’s season of late summer during August.

How To Care For Your August Birthstone

With three completely different precious gems, the care and preservation methods required are varied. If you are the proud owner of an August stone, this is how you can take care of it in an effective and sustainable way:

Regardless of which August gemstone you choose to commemorate yours or your loved one’s birthday, each one is unique and enthralling in their own way. By taking good care of your gemstone, you allow both its value and memory to remain perfectly preserved.