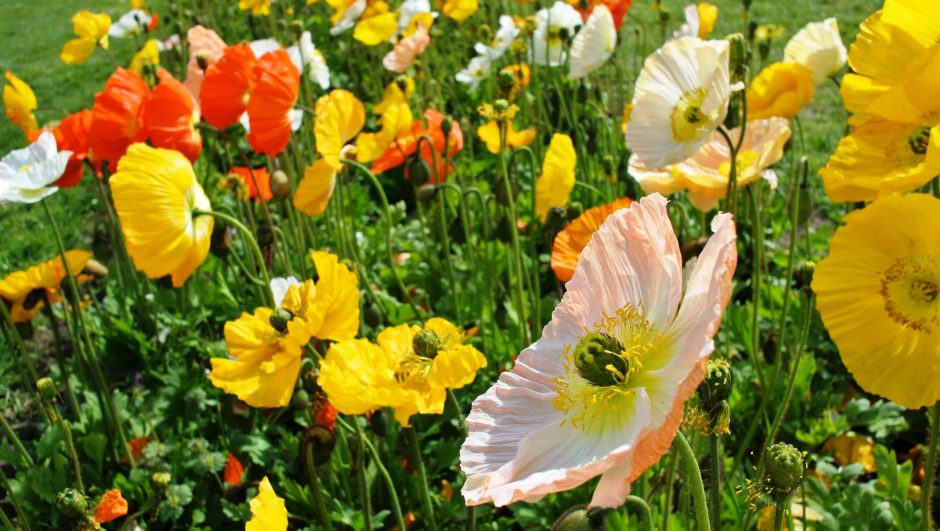 Flowers are a fantastic gift regardless. But knowing the meaning behind them and choosing them to say something significant to someone you care about will make the celebration far more special.

What is August’s Birth Flower?

Do you know someone who celebrates their birthday in August? If you’re wondering what to get them as a gift, we couldn’t recommend a bouquet of their birth flowers, gladioli and poppies, more heartily. 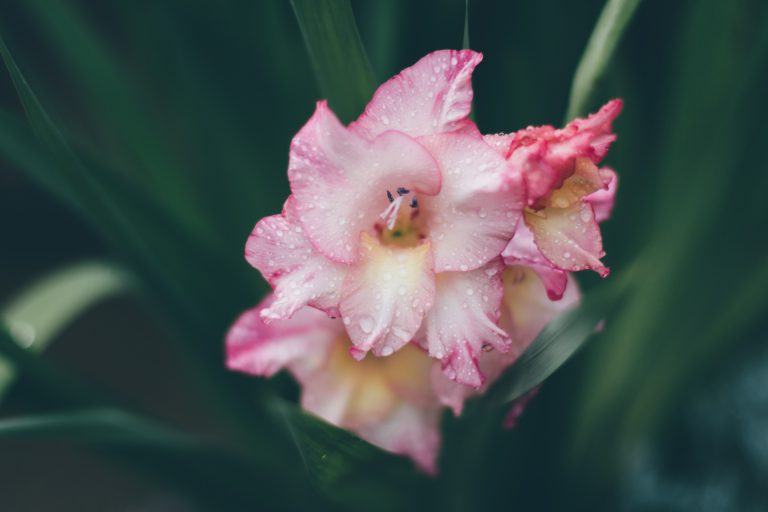 The gladiolus is often referred to as a sword lily because of its long and skinny shape. In Latin, “gladiolus” is the diminutive of “gladius”, which means sword. It has many flowers, shaped like funnels and clustered on one side of the stem. Each flower has six floral parts like petals.

What is the Meaning of Gladiolus?

The gladiolus is a symbol of sincerity, remembrance, and strong character. Red denotes deep love, pink indicates more maternal feelings, and white gladioli represent purity. Purple tells the recipient you think highly of them and indicates their grace, and yellow is for cheerfulness.

Overall, these flowers are a message of integrity and strength, no matter which colour you choose. And, speaking to their resemblance to the sword, if you give one to someone you’re interested in romantically, you’re telling them they’ve pierced your heart!

Because Ancient Roman soldiers would wear gladioli around their necks for protection during battles, the flowers link to them still. Originating in Africa and Asia, the bloom became more widespread during the 1700s, reaching Europe and the Americas because of the expansion of trade routes.

12 Types of Popular Phlox Flowers to Grow in Your Garden

Gladioli are not just good to look at, they have medicinal use as well. Mash the seeds and use the resulting paste to draw out thorns and splinters or mix it with milk to treat a colicky baby.

What Do Gladioli Say About August Babies?

People born in August are as unique as the gladiolus flower and possess great integrity. Known as honest and faithful, they are strong characters and natural leaders. They are usually very intelligent as well.

Select gladioli with strong, straight stems when you’re at the florist and try to find flowers with buds on the verge of opening. This will prolong their life in the vase. Choose those with only the first two or three floret buds at the stem’s bottom beginning to open.

If you’re looking to grow some yourself, have a look at our article on how to plant gladiolus. 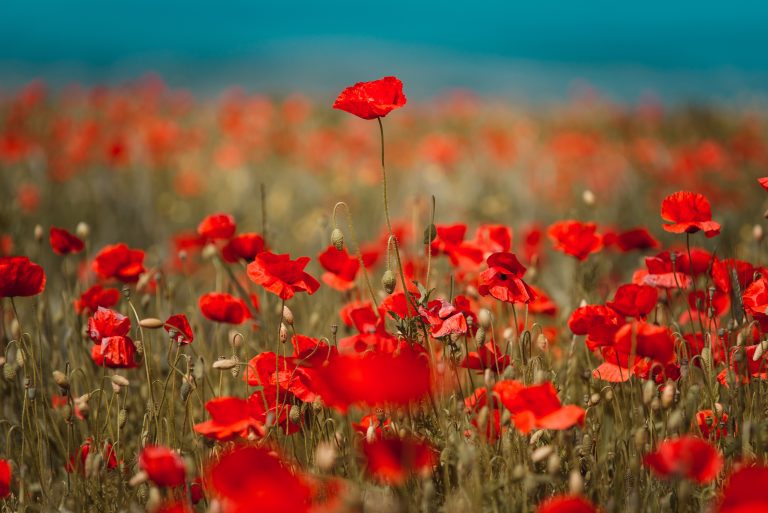 Although you likely think of the iconic single-petaled red flower when you hear the word “poppy”, it actually comes in many different shapes and forms. The California poppy is a bright orange single-petaled blossom, for example, but the carnation poppy is four inches across and has a frilly head of gorgeous petals.

What is the Meaning of Poppy?

Mythology associates poppies with rest and sleep because of the medicinal properties of Papaver somnieferum. We produce opium from this species. More contemporarily, L. Frank Baum lulled Dorothy and her companions to sleep in a magical field of poppies in The Wizard of Oz.

Red poppies are traditionally seen as symbols of remembrance and the Ancient Greeks and Romans offered these to the newly dead to wish them peace. In the East, however, it denotes the passionate love between two people. White poppies symbolise consolation, red can represent happiness, and the yellow bloom denotes prosperity.

What Is The November Birth Flower? The Meaning of Chrysanthemums

Battlefields from as far back as the 12th century recorded poppies, which led to the legend about them that says that they spring in places ravaged by war. White poppies, in particular, bloomed in battles featuring Genghis Kahn and this is one of the reasons they tie so closely to death.

More recently, World War I battlefields bombed and trampled the ground so badly that it took four years for the poppies to return. In the year that they came back, there was a massive number of seeds on the ground, 2 500+ per square foot!

What Do Poppies Say About August Babies?

This bold bloom lends this characteristic to people born in the eighth month of the year and you’ll struggle to find an August baby who will step away from a challenge! Daring and intrepid, their sheer strength of will makes them a wonderful friend, lover, and family member.

When you’re purchasing fresh poppies, try to find at least one or two flowers in each bunch that are already open. The rest should be split and showing colours and be careful of shrivelled stem ends.

Buying Flowers For An August Birthday

Now that you know a bit more about the history and symbolism of gladioli and poppies, combining the different colours to create a really meaningful gift is not just easier, but more fun to do too!

For Your Mom or Dad

Poppies of any colour stand as symbols for hope, resilience in the face of difficulty, and strength, so would make a wonderful tribute for your parents and the road they’ve travelled thus far.

What is the Meaning of Tulips? Symbolism Behind Coloured Tulip Flowers

Like many red flowers, the scarlet gladiolus stands for love, passion, and romance. Giving your partner a bouquet of these for your August anniversary or their birthday this month is a delicate and charming way to let them know you love them!

The gladiolus is the flower for the 40th wedding anniversary because it symbolises both infatuation and integrity. Pair them with white poppies to tell your grandparents that you wish them nothing but peace and untroubled waters!

For a Friend or Colleague

Pink flowers mean gentler love so use this colour to indicate your affection for a friend or co-worker. Yellow is the colour of friendship, so you could blend these two hues, and also stands for joy and positive energy overall. A lively mix of pink and yellow gladioli and poppies is a great choice for someone you care about.

Both August’s birth flowers symbolise elements of battle and this translates to people born this month in that they’re ready for anything!