Blog » Wine, Beer & Spirits » Cocktails » The Art of the Martini 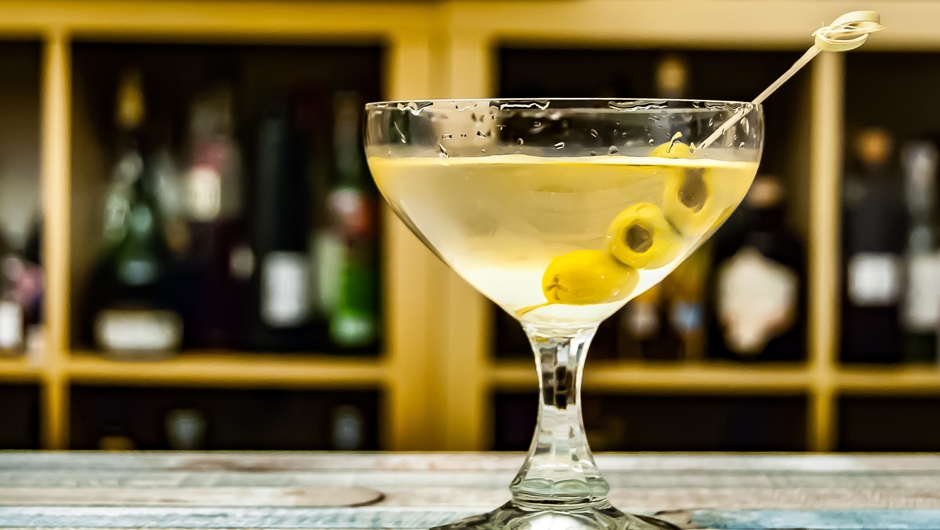 You’d be hard pressed to find a bartender that can’t make a Martini; the drink that many consider the very embodiment of elegance and sophistication. That it may be, the drink’s origins are close to being anything but.

The History of the Martini

Over the years, several theories have arisen concerning how the Martini came about. The argument that the name derived as an easier way of ordering ‘a Martini & Rossi vermouth with gin’ would be the most accurate, but romanticists have other ideas.

Myth has it that Jerry Thomas, widely thought the grandmaster of bartendering, is responsible for the Martini. He published how to make a drink called the ‘Martinez’ in his 1887 edition of The Bar-Tenders Guide. Closer inspection of the recipe, however, would suggest the Martinez only bears a vague resemblance to the Martini.

Whatever the real case, it wasn’t long after the Martini was invented that prohibition kicked in. Bartenters, obviously, were out of business, so it was up to the bootleggers to continue the trend in any way they could. ‘In any way they could’ usually meant the bootleggers could only get their hands on the fairly nasty stuff, and so drinkers started adding juniper syrup to the cocktail to make it tase a bit more like gin should.

A Drink for the Rich & Famous

The demand for Martinis dwindled after prohibition, as more exciting and contemporary beverages began to take its place, but the mid 90s saw a new popularity for the Martini. Despite what some might say, 007’s second most famous phrase – ‘shaken, not stirred’ – has contributed to the new resurgence of interest for ordering a Martini.

The famous phrase has many others in its wake. According to witty man Martin Thurber, ‘one Martini is alright, two is too many, and three are not enough’, while Nöel Coward once pointed out that the perfect Martini ‘should be made by filling a glass of gin, then waving it in the general direction of Italy.’

Nöel may have a point, as Italy is a prolific producer of vermouth, but we are concerned about a more sure-fire way to create the perfect Martini. 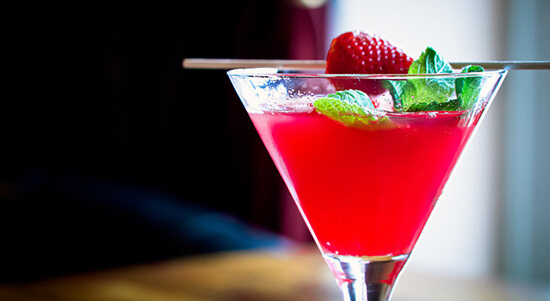 How to Make the Perfect Martini

Funnily enough, it’s not all about shaking rather than stirring, as putting force into the equation only displaces the molecules that, as Somerset Maugham quite rightly said, would otherwise ‘lie sensuously on top of one another.’ Rather, put more effort into deciding whether your drink is closer to the dry, wet, or perfect variety.

Not depending on how you like it, a Martini always appeals to the palate that much better when chilled, so if the glass can spend some time in the fridge or freezer before preparation, then all the better. It’s also worth noting that, because the Martini possesses such a simple recipe, you’ll recognise low quality ingredients from a mile off.

25ml dry vermouth (as above)

In a cocktail shaker filled with ice, add the vermouth before stirring for a few seconds, then strain into your chilled Martini glass. Then add the gin to the shaker and stir ’til your hand gets tired. Alternatively, 50 turns. Strain into the glass, garnish with the olive, and serve immediately.

Also see  7 Christmas Cocktail Recipes from the Masters of Mixology

Where to go for the perfect Martini

Duke’s in Mayfair has found a way to create what many consider to be the Martini every cocktail drinker covets. Around the capital, the bar has plenty in the way of competition, most notably from Purple Bar in Soho and Oskar’s Bar just off Goodge Street. In Toronto, no one has every really had the need to look much further than Pantages Hotel Martini Bar.