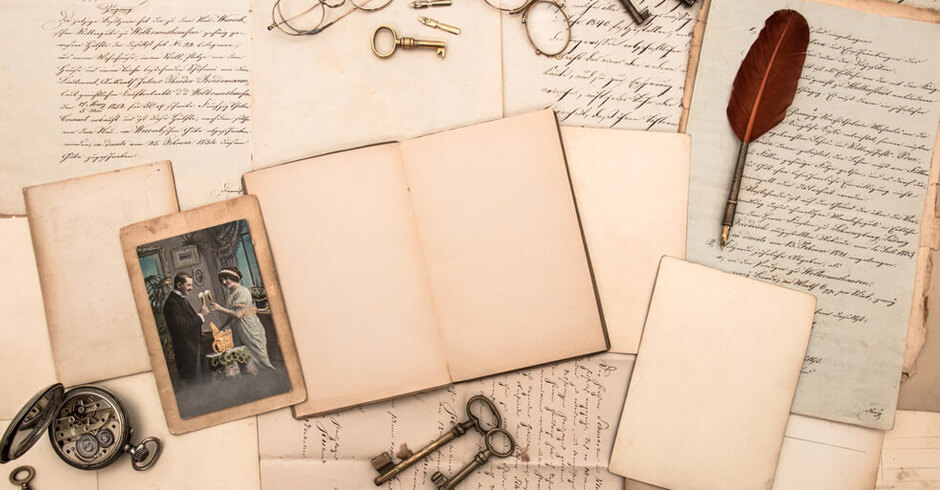 From paper to pearl to gold to diamond, anniversary milestones mark important dates that pass in a marriage; the idea being that the material associated with the milestone becomes more precious with each passing year.

In Victorian times, as Queen Victoria I became Britain’s longest serving monarch, the custom of celebrating anniversaries in the modern sense developed. The upper echelons of society, fond of gifting, began to create gift lists for various occasions. The earliest reference to any anniversary other than silver or gold is to wood, the fifth anniversary milestone, in 1875. Victorians believed that wood, strong and solid, represented a robust marriage built to last. 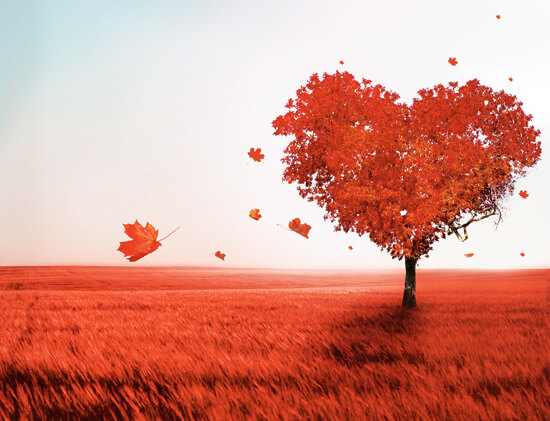 The diamond anniversary was the next to be introduced in Victorian times. The diamond, a precious and highly sought after gem, was seen as a prestigious mark to celebrate the remarkable achievement of a 75th wedding anniversary. When Queen Victoria celebrated her 60th anniversary on the throne in 1897, however, the popularity of the jewel saw it borrowed to mark the Diamond Jubilee. This extended to mark 60th wedding anniversaries too and, to this day, is used as the milestone for both 60th and 75th anniversaries.

Throughout the twentieth century, more anniversaries were represented in this way. The American National Retail Jeweller Association issued a comprehensive list for each anniversary year up to the 15th anniversary and then for every fifth year thereon until the 60th anniversary. This may have been a romantic and heartfelt move by the collection of jewellery retailers to help loving partners celebrate the strength of their relationships with each milestone. Or perhaps a clever ploy to drive sales…

Below we take a look at the materials associated with each milestone, along with anniversary milestone gift ideas to show your loved one how much you care. 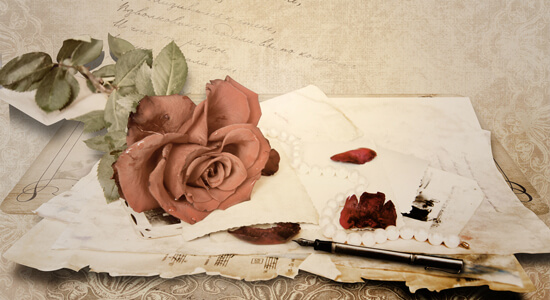 Paper marks the first happy year of marriage. Romantic ways to mark this first milestone could include a scrapbook you put together detailing the most touching moments of the first year of marriage. Or perhaps tickets to see your favourite band, show or even for a flight to a romantic destination abroad. If you’re an arty type, try origami or papier maché. Or maybe your partner is a stationery lover – give them the gift of the finest bespoke stationery set available.

Also see  What is the 12th Wedding Anniversary Gift? Gift Ideas for Him & Her

The second anniversary is marked by cotton. Anniversary milestone gift ideas for cotton include treating your partner to some of the finest 100% cotton clothing, perhaps a particularly luxurious cotton towel or maybe something for both of you: Egyptian cotton bed sheets to make the bedroom all the more lavish.

As the third wedding anniversary comes to pass, couples become aware of the durability of their relationship – symbolised by the durability of leather. Gifts to mark this include a leather journal or diary, for your loved one to record their most precious thoughts; some luxurious leather furniture; perhaps a fine, bespoke leather bag for her or fine leather cufflinks for him.

Linen marks the fourth wedding anniversary. Valued for its high quality, and exceptional freshness, linen is a textile that provides some of the finest clothing and materials. Indulge your partner with the finest linen scarf, comfortable linen cushions or perhaps cosy linen slippers.

Wood is, of course, versatile enough to provide a number of romantic gifts to mark the strength of the relationship so far. Try wooden jewellery, furniture or art. Take a break in the most romantic of woodland at Ballyfin, Ireland. Or make it extra romantic with a wooden planter that will show your loved one how much your love has grown over the last five years…

Your marriage growing stronger still, with this passing year the milestone turns from wood to iron. Gift ideas could include iron kitchenware, such as dainty ramekins or eye-catching bottle openers, a top of the range golf iron or, for one better, a golf masterclass. Alternatively, try delightful wrought-iron homeware, such as candleholders or chandeliers. 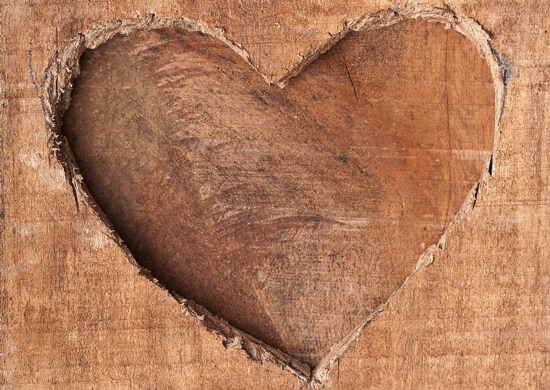 If presenting your someone special with seven 2p coins for each year of your marriage sounds even less romantic than it would inevitably be, why not try some of the other following gift ideas? If you and your partner enjoy entertaining, a copper ice bucket may be an apt choice. A pair of sophisticated sunglasses could be a romantic gift, as may a clutch bag for her or copper kitchenware, such as a pretty French press.

Also see  What is the 70th Wedding Anniversary? Gift Ideas for Parents, Him & Her

Bronze is created by combining copper and tin – reflective of the union of two people in a strong marriage. A tasteful bronze necklace has the potential to be a stunning anniversary gift. Indeed, many types of bronze jewellery appear effortlessly sophisticated and stylish. A romantic eighth anniversary gift could be a small bronze key – ‘to your heart’, obviously. Speciality bronze flatware, bed frames or doorknockers also look stunningly regal.

The creative, ceramic art of pottery marks the ninth wedding anniversary. Give a gift worthy of its name for this anniversary milestone. Ceramic ornaments, such as a personalised locket, make truly romantic presents. Ceramic cake stands or vases may also fit the part. Or gift your loved one a ceramic votive to kindle the romance again.

The first big milestone, ten years is marked by tin. You can never go wrong with vibrant fresh flowers for an anniversary gift. Arrange them in a tin can for a back to basics romantic offering. Relive one of your first dates with movie night and popcorn from a tin pot, or take your partner to a luxury, romantic cinema. A classic tin cup pearl necklace would make a stunning gift for her, or surprise your partner with tea tin breakfast in bed.

Now having reached a significant milestone, you can reflect on the commitment you have made to each other with china – reflecting the beauty and elegance of your love over the years. When someone mentions china, kitchenware immediately springs to mind. It’s been a fair old time since you got your wedding gifts; perhaps a new set of china crockery is in order. Treat your partner to a romantic china picture frame – with an idyllic photo of the pair of you inside, of course. Or go one further, and take an anniversary break to the country from which the material took its name.

Nothing to do with the likely colour of your hair by this time, silver displays shimmering radiance. A silver clock to count every moment you spend together would make a fitting gift. Silver jewellery is an obvious choice, or treat your partner to a silver mirror or trinket. If you’re keen on fine silverware, you might take your loved one out for a luxury dining experience at a top restaurant. 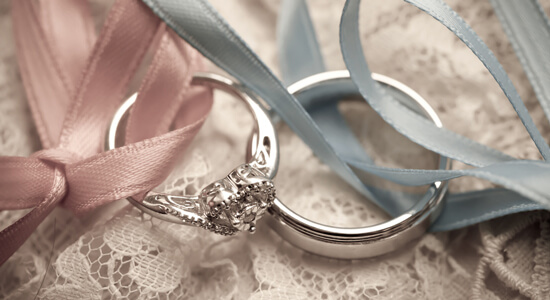 The most unique of gems, pearls are formed inside of oysters, mollusks and clams. Their glowing beauty make them one of the most sought-after commodities. After thirty years of marriage, your love still burns with the same glowing beauty. Pearl gifts include stunning pearl earrings, pendants and rings for her or cufflinks and watches with pearl inlay for him. For something extra special, why not spend your anniversary closer to the pearl’s origins, with a sumptuous oyster and champagne experience in the heart of London.

As far back as ancient times, the ruby was considered to hold mystical powers that allowed people to predict the future or stop bleeding. The eternal inner flame that the red ruby holds reflects the passion of a love that has lasted for forty years. Toast one another with ruby red wine tasting, or gift a ruby red vase with delightful ruby red roses. Ruby jewellery also, of course, makes for a gorgeous choice.

Perhaps the most significant of all the milestones, fifty years of marriage ought to be celebrated with all the family. Perhaps the most precious substance on the planet, gold is today used in all kinds of jewellery. You could gift a gold photo frame to include a collage of pictures throughout your marriage, or take a trip to Australia’s gorgeous Gold Coast. 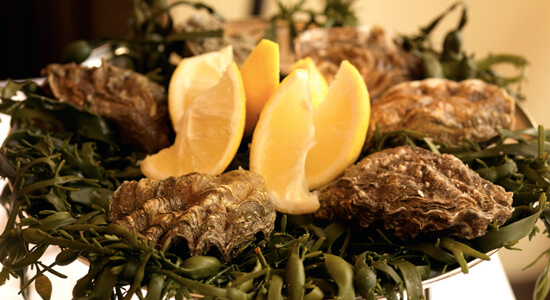 Diamonds are the most durable substance on earth – a perfect representation of the durability of any marriage that reaches sixty years! Their simple beauty has made them the most popular choice for rings worldwide. Jewellery is, then, again the obvious choice for a heartfelt gift, but a unique celebratory feature of the sixtieth anniversary in the UK and commonwealth countries is a personalised message of congratulations from Her Majesty Queen Elizabeth II.

If a couple are lucky enough to make it beyond the diamond wedding anniversary, they can celebrate the blue sapphire anniversary (65 years), platinum (70), oak (80), wine (85) and stone (90). The longest living married couple are Karam and Kartari Chand, of Bradford, UK. They were married in December of 1925, their 88 years of marriage just shy of reaching the stone landmark.

Of course, following the traditional pattern for every anniversary milestone may take its toll, so some couples may prefer treating each other to a romantic evening out or break abroad. 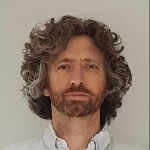