You may vaguely recollect our round up of some of the best young chefs to come out of the woodwork in Britain in recent years. Well, this time we’re looking across the pond to see what the Americans have to say for themselves. As it turns out, USA has some strong candidates. So strong in fact that we’re going to need a bit of a lengthy blog post.

@pqui
Paul Qui is, perhaps most recognisably, the winner of the 2013 San Pellegrino Cooking Cup. In the 9th season of the TV show ‘Top Chef’ however, competition was somewhat lacking, as according to the show’s makers, Qui was ‘running away with it.’ Producers later admitted that Qui’s talent had to be ‘dumbed down’ in order to regain some of the competition’s suspense. Celebrity chef and judge on the programme Tom Colicchio tips Qui as a big, if not the biggest, up-and-comer to the US culinary scene. 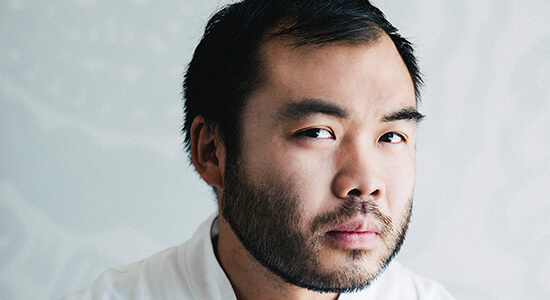 @JimmyBannosJr
Named 2014’s Rising Star Chef at the ‘Oscars of Food’ (also know as the James Beard Awards), Jimmy Bannos Jr. is quickly making something of a name for himself. Jimmy is part of the fourth generation of his family to be bought up on the culinary arts. Most notably, he worked under the tutelage of Mario Batali for three and a half years before establishing himself as the chef/proprietor of The Purple Pig in his hometown Chicago.

@Tao_Maine
A mere 26 years young, Cara Sadler’s CV already has on it restaurant names such as Gordon Ramsay au Trianon and Versailles. Bought up on Asian-inspired cuisine but with a strong culinary background in France, Cara’s menus can look refreshing to say the least. Her Bao Bao joint only recently opened in October this year in Portland and, despite the already glittering career, some might say she’s got her best years ahead of her.

@dannybowien
Another winner of the Rising Star Chef award, this time 2013’s iteration, Danny Bowein is the chef and founder of not one but two restaurants, and it looks as though he’s just getting started. The 32 year-old is head of Mission Chinese Food in New York and Mission Burger in San Francisco. His food is not easy to describe through any set of words, so I’m not about to try.

Who Are The World’s Most Famous Female Chefs?

@AriTaymor
Completely self-taught and having eaten little else but fast food in his former years, Taymor has undergone a huge transformation into the head chef/owner he is today, and in such little time. Initially he only had an outside chance of ever entering into the industry – at the age of 21 he failed to hold onto a full time role at Lucques – and had all but given up on the idea. 5 years later and at 28 years old, he opened Alma in Los Angeles; a restaurant Bon Appetit deemed the ‘best in America’ in 2013. 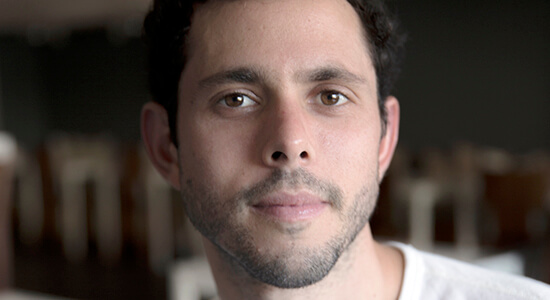 @KyleKnallYall
Knall started life as a chef at the age of 16, when it was, and still is, something of a family venture. His fledgling career took him hither and tither before he started learning a big part of his trade under the wing of Frank Stitt. Knall’s increasing experience landed him a role at New York’s whisky bar Maysville.

@LeeDWolen
When one looks at Wolen’s career that includes stints at restaurants such as Eleven Madison Park (where he was a sous chef for three years), the now defunct elBulli, Butter, and Le Manoir aux Quat’Saisons, it’s more than a little impressive this chef has achieved so much before his mid thirties. Lee is now the ‘god of chicken’ at Chicago’s Boka. 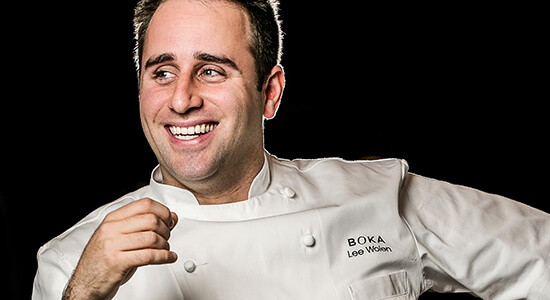 @ButtermilkRoad
It was while she juggled jobs as a waiter and freelance writer that Lisa was introduced to the baking industry. As a home-based art and pastime, baking was ingrained in her from an early age. Her natural flair for baking propelled her to head pastry chef at a bakery in Nashville just six months after she’d been given her first role. Despite her promising talent, Lisa has called timeout on her culinary career for the moment.

The Street Food Revolution - Our Meeting With Andy Bates

@dirtcandy
Now at NYC’s tiny (very soon to expand) but award-winning and ‘mind-altering’ vegetarian restaurant Dirt Candy, Cohen was 15 when she decided to take her friends’ example and stop eating meat. Though she spent her time cooking Buffalo wings in Harlem (and earned some local fame for doing so), she’s always had a desire to cook for veggies in her blood. 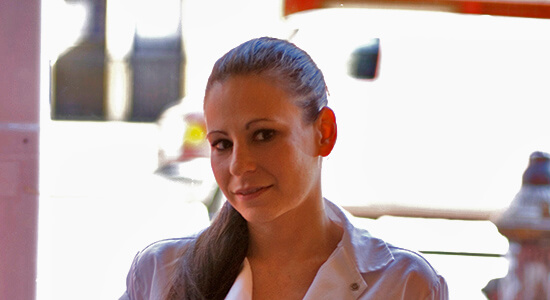 @chefpmistry
She might have seen an early dismissal on TV show Top Chef, but Preeti is as promising a cook as she is a break from convention. The thirty-something chef at Juhu Beach Club, Oakland originally derives from the sunny side of London, also known as Wembley. Inspired by Mumbai street food, Preeti creates inventive dishes that are bout as eccentric as her personality. From the age of four, for example, she decided to use ‘Bruce Lee’ as her middle name.

@cjaeckle
Jaeckie is, most notably, of Ai Fiori fame, and was working in the kitchen when the Langham Place restaurant received its 3 stars from the New York Times. An alumni of Morimoto and now executive chef at All’onda, it’s fair to say Jaeckie has ample experience in cuisine from more than one corner of the world.

@chefrjdc
Winner of the James Beard Best Mid-Atlantic Chef in 2007, Cooper has gone on to open his own restaurant – a sleek and secluded establishment in Washington DC. Within the past two years the restaurant has caused quite a stir in the city. ‘Rogue 24 rocks,’ says the Washington Post. ‘A real, imaginative adventure,’ says Zagat. Still, some may say the best is yet to come from Cooper.

Meghan Boledovich: This is the Life (of an Urban Forager)

@trebormoran
Another chef indigenous to Nashville and another student of the world’s (former) best restaurant Noma, Trevor Moran is now part of the scene at the two year-old Catbird Seat. Born and bred in Ireland, Moran made the journey to Denmark and became their master forager before this year taking on the mantle of executive chef at the perpetually fully booked Nashville restaurant. 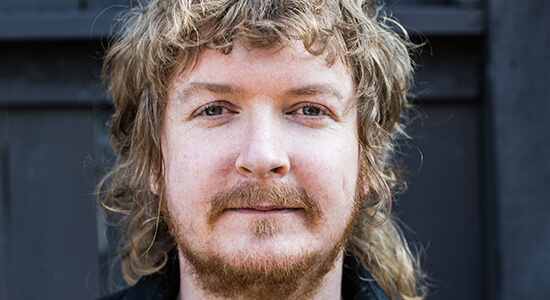 @SenzaChicago
Thanks to his experience under Michael Carlson who, in turn, learned from Heston Blumenthal, Sandroval has cultivated an avant-garde way of cooking food. He’s now the executive chef at Senza, where his menu includes intriguing dishes such as ‘duck sausage’ and ‘coriander meringue’, and has picked up a gluten-free Michelin star in the process.

@misssarakramer
Better known for her vegan cookbook Where it all Vegan, Sara Kramer has been a venerable source of inspiration for vegans since 1999. The author of four other books on vegan eating, Sara has made a big name for herself at New York’s Glasserie, picking up the Eater Chef of the Year award last year. She has since left Glasserie, but another project, she claims, is in the pipeline.

@Blaine_Wetzel
A Noma chef before he’d even turned 25, Blaine has potential recognised to become one of the world’s best chefs, let alone America’s. Now head chef at the Willows Inn, a bed and breakfast tucked away on Lummi Island, Blaine’s food has worked up quite a reputation. 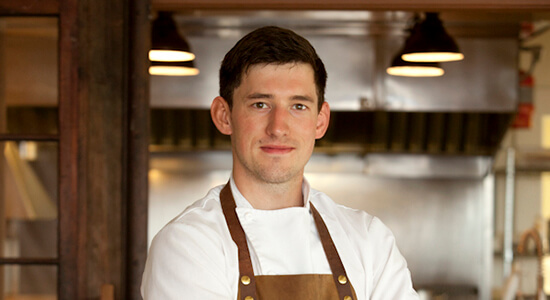