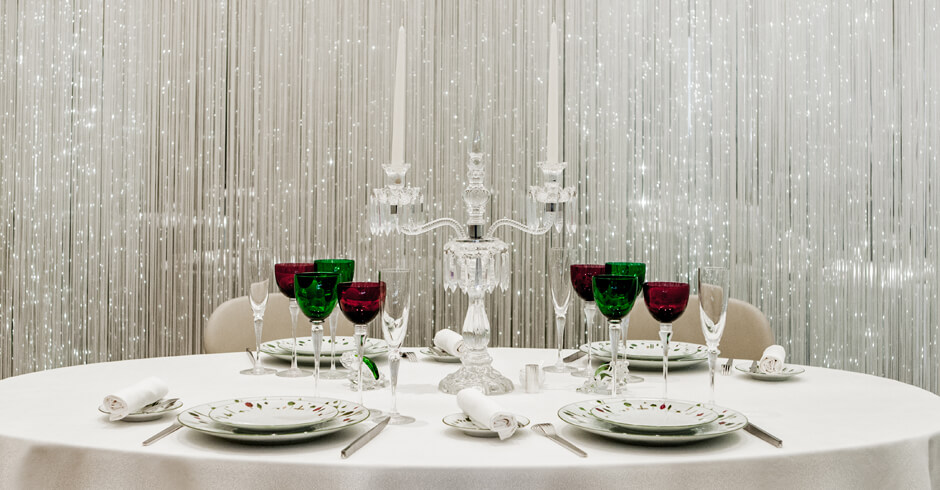 The Dorchester is certainly one of the jewels in ducasse’s crown, with the chef describing london as the “gastronomic capital of the world”.

Alain Ducasse at the Dorchester is one of just two restaurants in London to hold a coveted three Michelin stars. The impeccable standards of quality demanded by Ducasse are evident as guests indulge in the seven-course tasting menu, a gastronomic journey with the nest modern French cuisine.

Celebrated by some as the most famous chef in the world, Alain Ducasse’s glittering CV is hard to match. With 21 Michelin stars around the world, he began as an apprentice to legendary chef Roger Vergé at Moulin de Mougins, where he picked up on the Provençal cooking methods for which he was to become renowned.

Incredibly, it was only nine years before he was offered the executive chef role at Monaco’s Hôtel de Paris. When he took the job, Ducasse insisted on his boss including a seemingly impossible clause: he would be red were he not to gain the incredible culinary accolade of attaining three stars in the first four years. He managed it and made history as the youngest French chef to do so.

The hotel’s Louis XV is today renowned as one of the world’s finest dining destinations yet, while at the helm, Ducasse broadened his own business interests. By 1996 he opened his own flagship Paris restaurant, which attained three Michelin stars in its first eight months of existence. Today, Ducasse’s empire stretches across the world, with outposts in locations including Paris, Monaco, Tokyo, Las Vegas, Hong Kong and, of course, London. 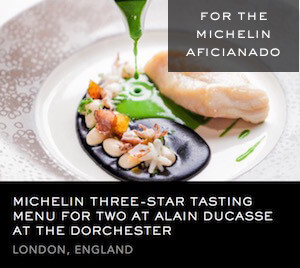 London’s Alain Ducasse at The Dorchester is certainly one of the jewels in Ducasse’s crown, with the chef describing London as the “gastronomic capital of the world”. Executive Chef, Jocelyn Herland, interprets Alain Ducasse’s cuisine with a modern and refined approach, consistently championing and enhancing seasonal produce, much of which is sourced from Britain and France.

Guests are taken on an unrivalled culinary journey at one of just four restaurants in the UK that hold three Michelin stars. It starts with beautifully presented amuse- bouche, served in a delicate porcelain egg, and nishes with classic ‘Chamonix’ cakes gifted at the end of the meal on this Michelin star extravaganza.

In between, dishes such as the ‘Sauté gourmand of lobster and truffled chicken quenelles’ and ‘Wild sea bass, courgette flower, basil and taggiasca olives’ provide a symphony of flavours with perfectly matching ingredients that set the restaurant aside from its two-star rivals. The presentation of the food is genuinely beautiful, and the splendour of the aesthetics stretches to the restaurant’s décor – with a rich colour scheme and gentle lighting providing a fitting ambience.

The service is attentive and friendly, orchestrated by Restaurant Director Nicolas Defremont and his energetic team. Professionalism and attention to detail are paramount, but guests can expect an aura of whimsy and pleasure as well.

For the ultimate experience, the expert Head Sommelier will create bespoke wine pairings for each of the courses. This is available as an upgrade.
Whats Included?