Blog » Food, Drinks and More » Chocolate » Who Invented Chocolate and Why? A Brief History of Chocolate 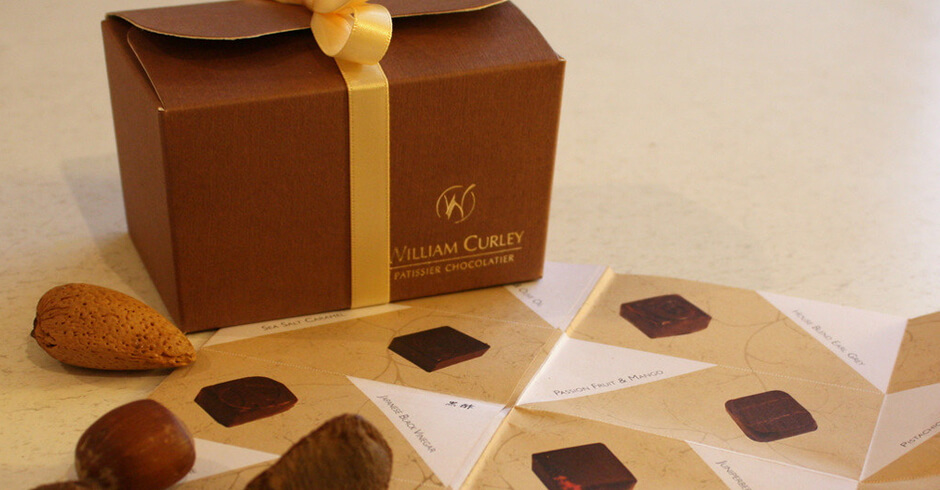 Chocolate today takes many varied forms – from different colours to different formats, it can be readily found almost wherever you are in the world. It’s curious how such a small bar, with seemingly few adverse effects, can be seemingly so intoxicating. What the modern world calls chocolate, however, differs from what was originally created back in 1900 BC.

In a brief history of chocolate, we’ll look at how it has changed over time.

When Was Chocolate Invented? 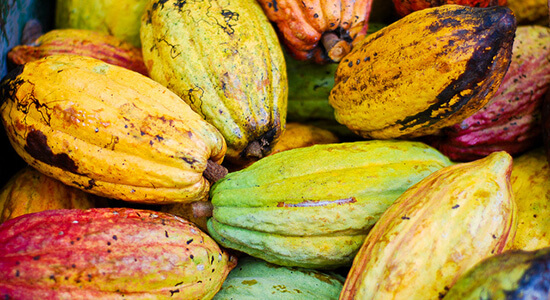 The first-ever record or traces of chocolate can be found in the Mesoamerica region some 4000 years ago. This region encompassed central Mexico to Belize, Guatemala, El Salvador, Honduras, Nicaragua, and northern Costa Rica – all before the Spanish colonisation in the 15th Century.

Chocolate is the fermented, roasted and ground beans of the Theobroma cacao tree. Originally the cacao seeds were so valuable they actually formed part of the Aztecs’ currency base.

The cacao seed was prepared as a frothy drink, mixed with spices and was actually quite bitter. You can still get this flavour from the very pure dark chocolate found today.

It’s interesting that the Aztecs used it for a number of reasons which can be found in modern western civilisation. It’s used as an aphrodisiac and in the rations of soldiers, something that is still continued to this day (although it should be said, the two are not related!).

It would not be until 1502 that a European would encounter the cacao bean and that European was Christopher Columbus. During his fourth trip to the Americas, he became aware of how highly the natives prized the cacao bean when he saw many stopping to recover them from a split bag. While made aware of the bean, the Spanish would not actually ‘experience’ chocolate until 1519 when Hernán Cortés drank it at court in Mexico.

Once the Spanish had completed their conquest of the Aztec civilisation chocolate became more commonplace in Spanish life, at least for those who frequented the courts and palaces. It still took the form of a drink but sugar or honey was added to give it a sweeter taste.

During the 17th century, the cacao bean was still manually processed but, by now, the English, Dutch and French were all aware of it. Plantations spread and slave labour was used to produce the bean. Though drinking chocolate was still exclusively drunk by those that could afford it, the beverage quickly grew in popularity and started replacing coffee as the drink of choice in many a London establishment. Dr Henry Stubbs, a physician of the time, began to advocate the drink as a way of soothing strong emotions such as lust, melancholy, and pining.

History of Spas: Roman Baths Then and Now

The Birth of Modern Chocolate

With the introduction of new steam-powered mills came new processes for making chocolate – improving production efficiency and changing the texture and flavours. In 1815 a Dutch chemist, Coenraad Van Houten, introduced a way to reduce the bitterness and, by 1828, he had found a way to remove 50% of the natural fat found in the chocolate drink. This made it cheaper to produce and gave it some consistency in quality. This point is generally considered to be the birth of the modern era of chocolate.

In 1847, chocolate in a solid format was seen for the first time as melted cacao butter was added to make chocolate mouldable. In 1875 Henri Nestlé and a partner invented milk chocolate. Four years later Rudolphe Lindt invented the conching machine – a surface scraping mixer and agitator that evenly distributes cocoa butter within chocolate.

By the turn of the century, Lindt & Sprungli AG, Nestle and Cadbury were all in existence, thanks to their involvement in an increasingly growing chocolate market.

How British Chocolate Came To Be

The Brits were among the first to take the cocoa press in their stride. William Cadbury successfully upped the ante by opening a large factory in Birmingham and received venerable praise from Queen Victoria. The queen was so certain of chocolate’s life-enriching qualities that she sent half a million pounds of the stuff to the army. Meanwhile, Britain’s Joseph Fry created the world’s first chocolate bar before officially supplying the navy and becoming the largest manufacturer of chocolate on the planet.

Interestingly, many of those involved in the production and proliferation of chocolate around this time were Quakers. They thought they could replace the nation’s addiction towards alcohol by injecting vast quantities of chocolate into the mainstream. And for a large part, they succeeded.

Early intentions were good, but the British chocolate industry saw darker times. Slavery was abolished in the British Isles in 1834, but before that time foreign plantations were squeezing workers to help cope with the demand for cocoa. Many other nations did not introduce acts to abolish slavery until later, and still heavily relied on free workers to cultivate their cacao. Even today, Ivory Coast, the world’s largest exporter of cocoa, forces children into working on cocoa farms.

A Brief History of British Gastronomy

Back to rosier things, Britain has enjoyed manufacturing chocolate that has become the envy among foreign populaces. The likes of Cadbury, Galaxy and Mars have propelled the British chocolate-making industry to world renown.

William Curley, often deemed an artist in the chocolate world, has since the early 2000s come up with sweet creations from traditional cups of hot chocolate – a nod to the origins of the chocolate industry – to outlandish desserts revered by Michelin star chefs. His career is a stern reflection of how British chocolate making has come to be and gives the nation something to boast about, even if there’s a Belgian and a Swiss in the room.

Why We Love Chocolate So Much 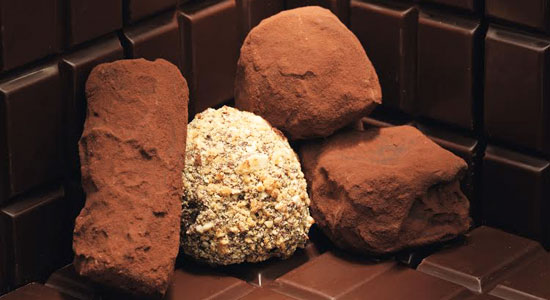 There can be little denying that Britons love their chocolate. In fact, we consume 16.8 pounds of the stuff per capita per year. But why do we love this specific confectionary so much?

Recent studies have shown that craving for chocolate is a very real issue that has affected people since at least the eighteenth century.

In the eighteenth century, in Mexico, nuns were known to be chocoholics. As privileged members of society, they were allowed to consume as much chocolate as they desired by the convent. So when new rules were brought into the country’s convents which meant nuns had to prepare their own food, their intake was cut drastically.

Contemporary doctors lambasted chocolate as harmful for causing the hysteria that followed. Yet it is now thought that this hysteria was most likely caused by withdrawal symptoms from the cacao.

Still today, the same cravings persist. Not only are people buying chocolates in the traditional way, but the trend of chocolate tasting is also taking off. With over 500 chemicals in many consumer chocolates, however, it is not easy to pinpoint exactly what the processes are that make it so attractive.

Dr Barry Smith of the Birkbeck University of London suggests that it is chocolate’s multi-sensory appeal that makes it so alluring. “Cheese might smell stinky but it can taste great. Brewed coffee always smells fantastic but it’s not the same taste when you drink it – and that’s disappointing.”

Chocolate, on the other hand, has an aroma and taste that match up perfectly. Meanwhile, Smith says, the texture of chocolate also contributes to its appeal. The smoothness and creaminess of chocolate when in the mouth, and the sweetness of the taste added by vanilla flavouring, create exceptional pleasure.

A Brief History of Luxury

In addition to this, researchers from California suggest that one of chocolate’s chemicals, the ‘feel-good’ anandamide, which is also found naturally in the brain, is partly responsible for our love affair with chocolate. This chemical is normally broken down quickly after being produced. But scientists at the Neurosciences Institute in San Diego said that the anandamide found in chocolate makes the high last longer in our brains. 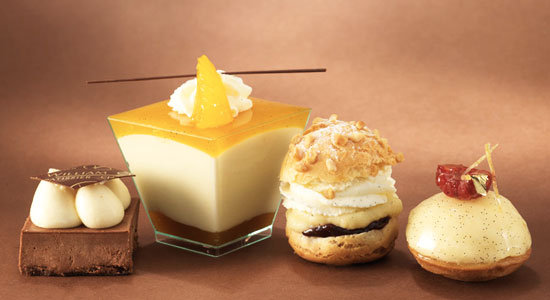 Dr Adrian Owen, a neuroscientist from the University of Cambridge, says that the sensory experience caused by chocolate triggers the ‘feel-good’ part of our brain to the extent that we’re happier munching on a good bar of chocolate than listening to our favourite music, winning the lottery or even being in love.

The ream of research conducted into chocolate is not just limited to what makes it so appealing. Some doctors have suggested that there are health benefits to consuming it – as long as it is done in moderation as part of a balanced diet. The polyphenols in cacao beans, for example, are thought to help protect our hearts.

As the world has developed both technically and socially, so has the production and demand for chocolate. It now takes many different forms and with almost every conceivable flavour profile available, it’s impossible to resist delving further into the heavenly world of chocolate.

We’ve given you just a bite of the history of chocolate, but for the whole bar, have a look at our chocolate tasting experiences. From making your own chocolate bar to concocting molten chocolate cocktails, the possibilities for cocoa-based fun are practically limitless.