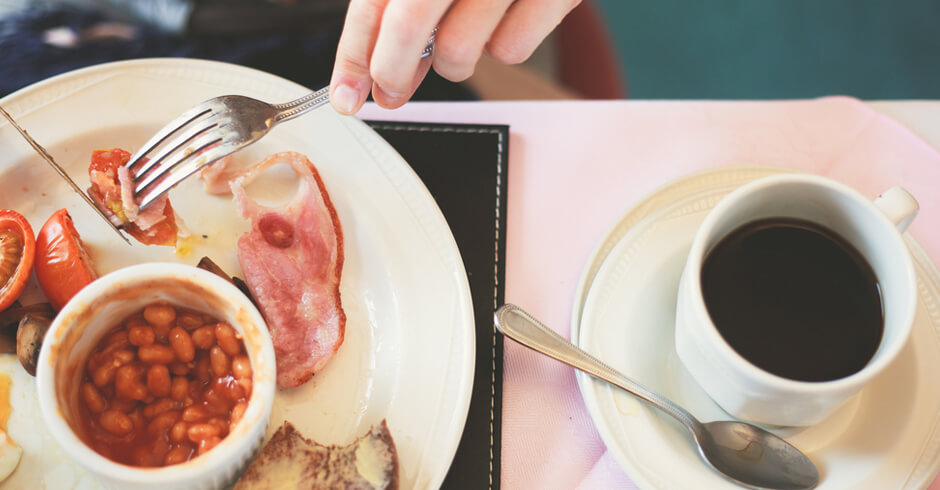 British gastronomy has undergone a substantial change over the past two millennia. Despite how much the British source from other cultures, and despite how badly rationing rocked the supply of traditional foods, Britain has always resonated locally grown, meat-centric dishes as a fundamental part of what its people eat. Similarly, potatoes cooked in a variety of forms have remained an integral part of the diet since 1588, once people started to believe they weren’t poisonous. To reflect the nature and history of British gastronomy, the following words provide some insight into how Britain’s most iconic and world-famous foods came to be. 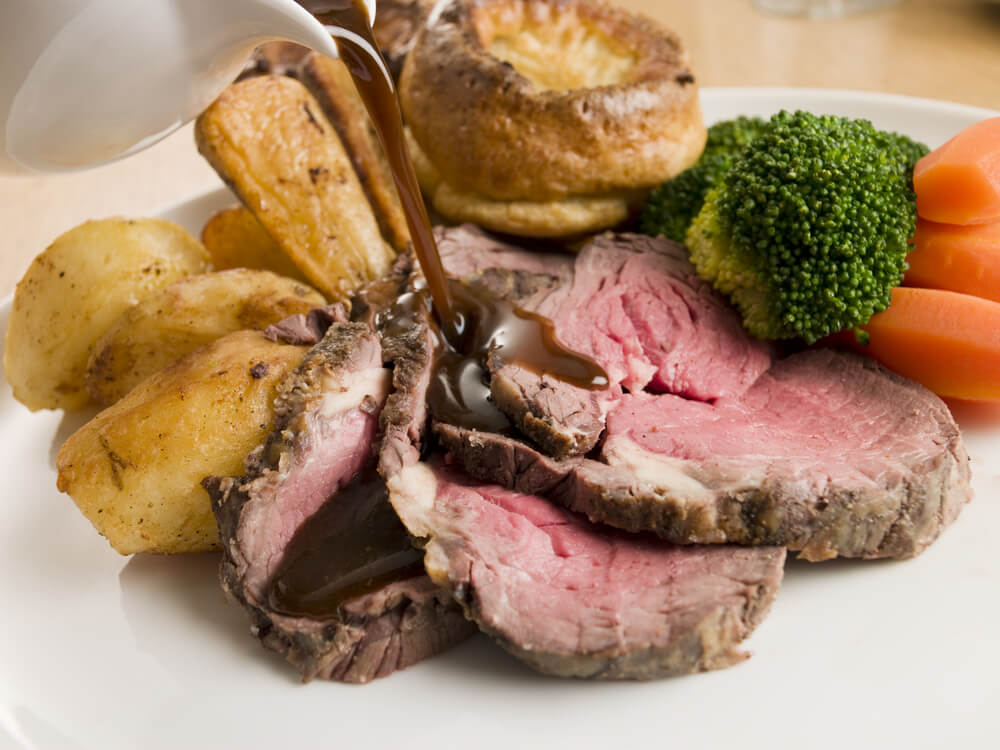 We start with the dish that has been served on the family table since the Middle Ages: the Sunday roast. As part of Anglican and English Catholic tradition, churchgoers would abstain from eating before services on a Sunday, understandably needing to break their fast with a large plateful of meat afterwards. This ties up with the fact that landowners used to collect cooked meat and potatoes into one meal as a form of reward for their workers at the end of a week. 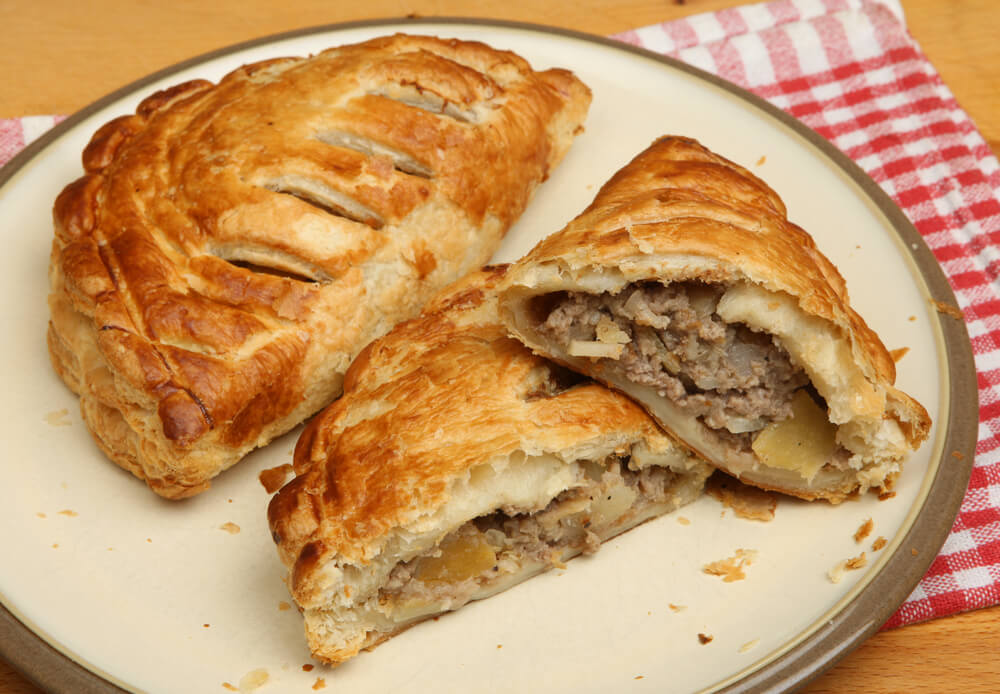 Fastforward to the 1300s and we have the Cornish pasty. Originally, the meat and filling was a sort of packed lunch encased in pastry so that miners and labourers wouldn’t dirty their food. It wasn’t until much later in the 14th century, when Italian bakers first created edible pastry, that the entire pasty was consumed.

Like much of the plethora of foods integral to British gastronomy, fish and chips owe their existence to immigrants. In the 16th century, Jewish refugees introduced the notion of frying fish in a thin layer of flour and, around the same time, Huguenot immigrants carried the idea of fat-fried potatoes. This, coupled with the heavy trawling of the North Sea, popularised the dish with the working classes. Fish and chips became such a huge part of the national diet that it was one of the few foods not rationed during the Second World War. Churchill feared sanctioning a ration would too greatly affect the British people’s morale.

Many people outside of the UK consider tea and biscuits almost too clichéd to be true. In the 17th century, tea was the favourite beverage of Catherine of Braganza, and when she married Charles II, the drink became popular among the upper classes. What we now call an everyday drink did not permeate into lower class culture until 200 years later, when the price of tea dropped due to its no longer exclusive cultivation in China. Biscuits, on the other hand, were originally a sugary form of hardtack, which was a flour consistency that would store well, survive handling, and keep long enough for even a sailor’s most epic voyage. Hardtack lived up to its name, and those hoping to eat it would often need to soften it buy dunking in coffee or brine. 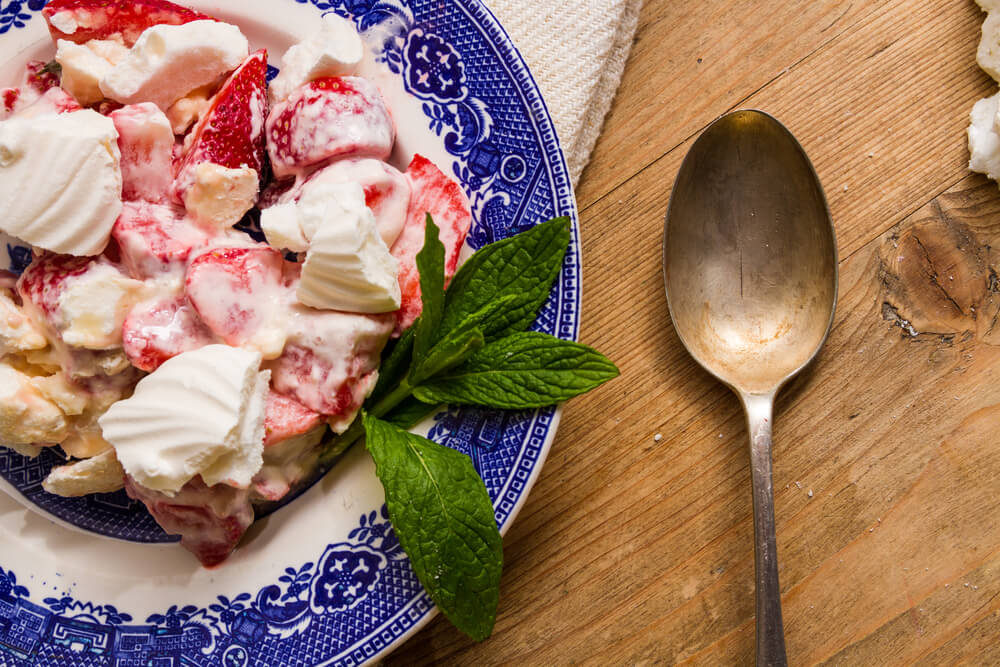 Legend might have it that a dog crushed a meringue dessert during a picnic at Eton College, but the true origins of Eton Mess aren’t too clear. What we do know is that the dessert has been traditionally served during Eton’s annual cricket match with Harrow since the early 19th century, and was subsequently transported to family dinner tables as a summertime dessert. The word ‘mess’ would aptly describe the seemingly hasty preparation of the dish. 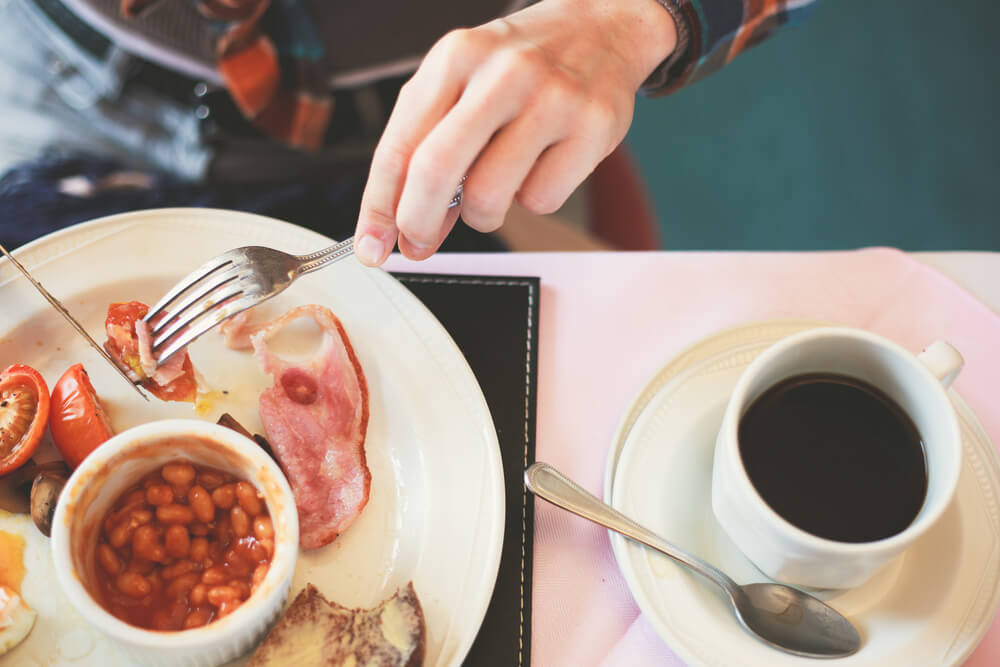 While it’s difficult to accurately pinpoint a specific time when people started piling together bacon, bread, mushrooms, eggs, and the like onto a single plate, the full English breakfast popularised when it was recognised as a standard meal served at B&Bs in the 1960s. After the effects of the war began to soften, Britain started attracting tourists again. The hearty meals served to these visitors were different in that they bore a heavy contrast to continental breakfasts consisting of little more than juice and a croissant.

Also see  The Most Desirable Places to Dine in Toronto 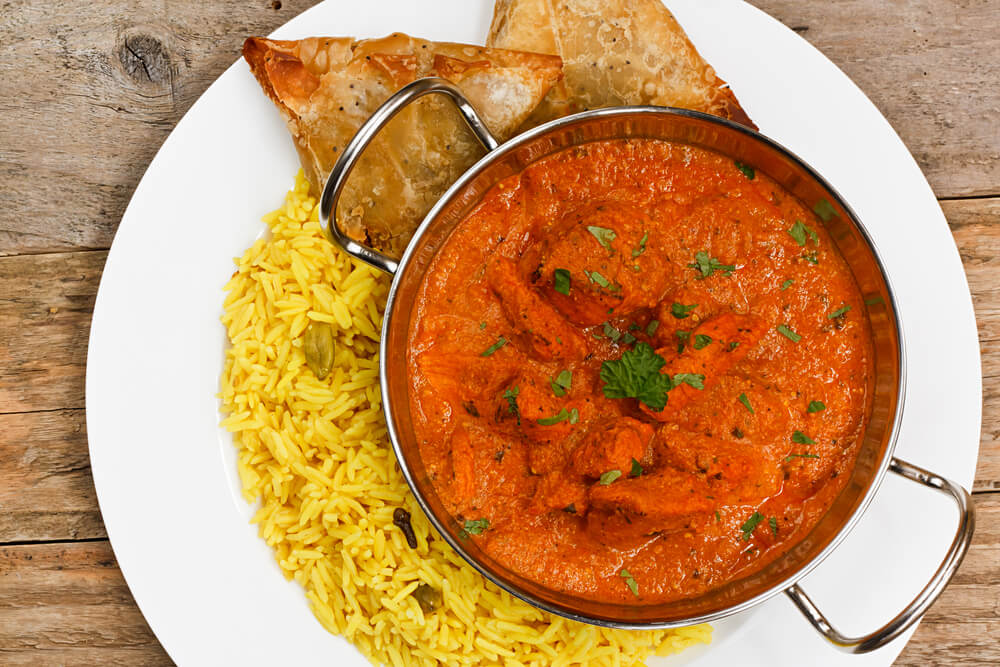 In a positive way, Britain perceives the rest of the world as a kind of buffet, and curry provides the best example. The origins of chicken tikka masala still earn some debate, though it’s understood the dish was created only within the last 40 years. The most popular theory is that chicken tikka came to be as an Anglo-Indian improvisation by Ali Ahmed Aslam, a Pakistani proprietor of a Glaswegian restaurant. His concoction of yoghurt, tomato, cream, and spices was so delicious it rapidly became included in restaurant menus all around the UK.

We might be quick to blame the World Wars for Britain’s poor reputation when it comes to food, but there’s plenty of reason to feel auspicious. Television chefs like Gordon Ramsay, Nigella Lawson, Heston Blumenthal, and Jamie Oliver have instilled some impetus to ditch the ready meals. Good quality, locally sourced ingredients are more attainable than they have ever been. Perhaps most importantly, the dishes we know and love are constantly being improved not just by world-class chefs, but by people in their own kitchens. British gastronomy is once again making a name for itself, and we only have ourselves to blame.