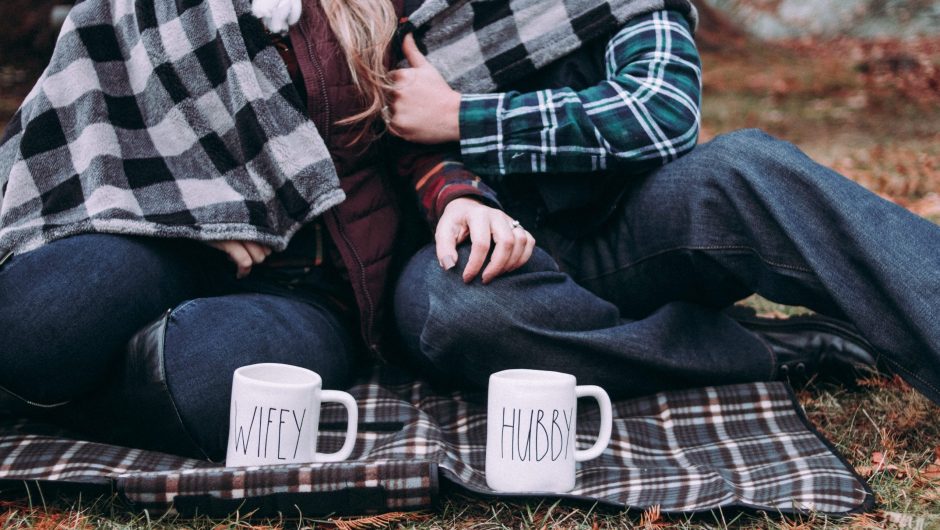 So you’ve made it to lucky number seven! Well done. Seriously.

Ever heard of the seven-year itch? No not that old movie with Marilyn Monroe.

We’re talking about the term used by psychologists that at the seven-year mark, married couples tend to fall into a slump. Partners supposedly lose interest in their significant other, leaving them feeling restless and dissatisfied with the marriage.

Well, we say that’s just silly! Sure, things might feel a bit stale as the years go by. But that’s all the more reason to celebrate every anniversary with a bang – and with the right gift.

If you or a loved one are celebrating the seven year anniversary, here are the traditional and modern themes in the UK, plus some cosy anniversary gifts to choose from.

Based on the list of traditional anniversary gifts by year, the 7th anniversary gift is wool. What’s the meaning behind this? Well, wool is a warm, comfortable and durable material. It symbolises how you and your partner are there to keep each other warm and protect each other when times get tough. No matter the storms you face together, they’ll always be your security blanket to keep you cosy and snug.

The durability of wools signifies how your marriage has faced some challenges, but it’s still standing strong. Keep in mind that wool doesn’t only come from sheep! In fact, wool can come from lots of other hairy mammals like goats, camels, llamas, alpaca and special rabbits.

Desk sets are the modern adaptations of the traditional seven year anniversary gift theme. While you might not think of a desk set as romantic, it sure is practical. It represents how maintaining a happy marriage isn’t all play and no work. You’ve worked hard to reach the seven year milestone.

A desk set is also a great wedding anniversary gift to give your partner is they work long hours at the office. Every time they pick up their pen or organize some files, they’ll think of you. 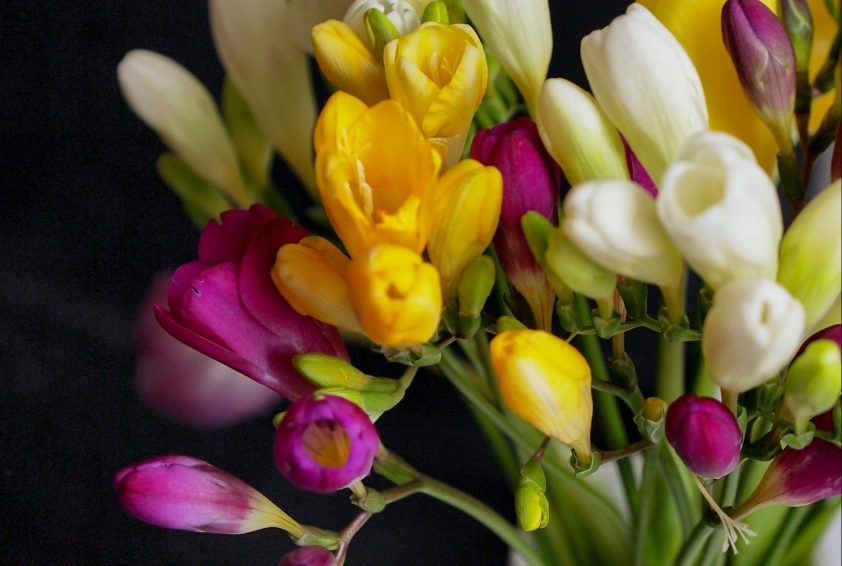 Freesia is an elegant flower with wiry stems and delicate blooms. These sweet-smelling flowers symbolize the innocence and friendship that has blossomed over the past seven years. Their captivating fragrance been admired for centuries and is used in soaps and lotions. Freesias come in many different colours, but the more traditional option is white.

While sticking to tradition is romantic and sentimental, finding wool anniversary gifts is tricky. Especially if you want to spoil your partner with something a bit more creative than a boring ball of wool.

To help you pick that perfect present, we’ve put together some clever 7th anniversary gift ideas that say “I Wool Always Love You” in all the right ways. 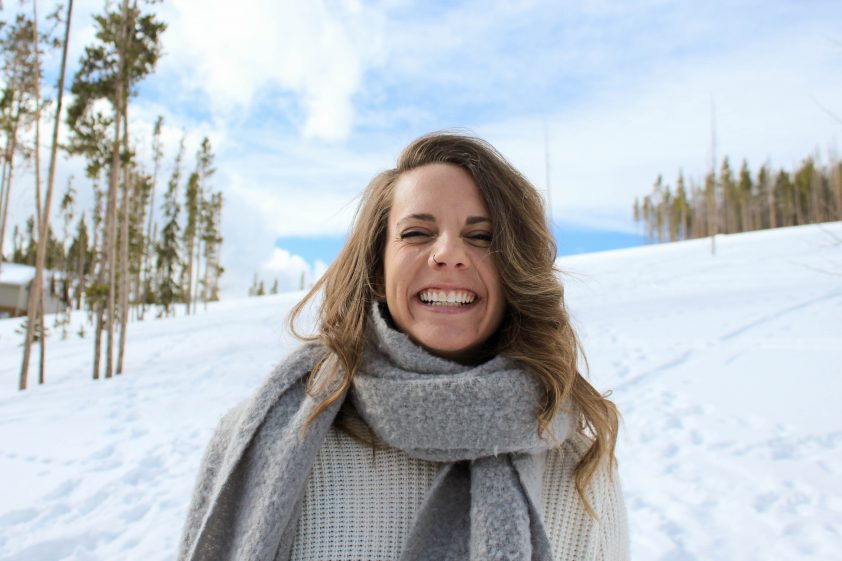 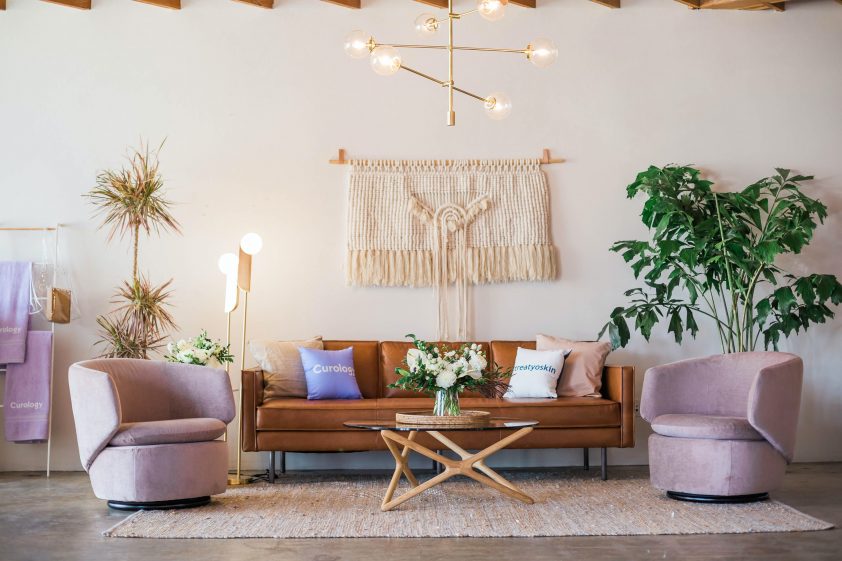 Make a macrame wall hanging to decorate your home and freshen up your living room or bedroom. It’s a great way to learn a new craft technique and create a unique piece of art that doubles up as some boho-chic interior decor. The best part is that you’re giving something that you’ve made yourself, giving your wool anniversary gift that extra sentimental touch. If your macrame skills aren’t up to scratch and your other half is the creative one then gift them a DIY set so they can hop on this wall hanging trend. 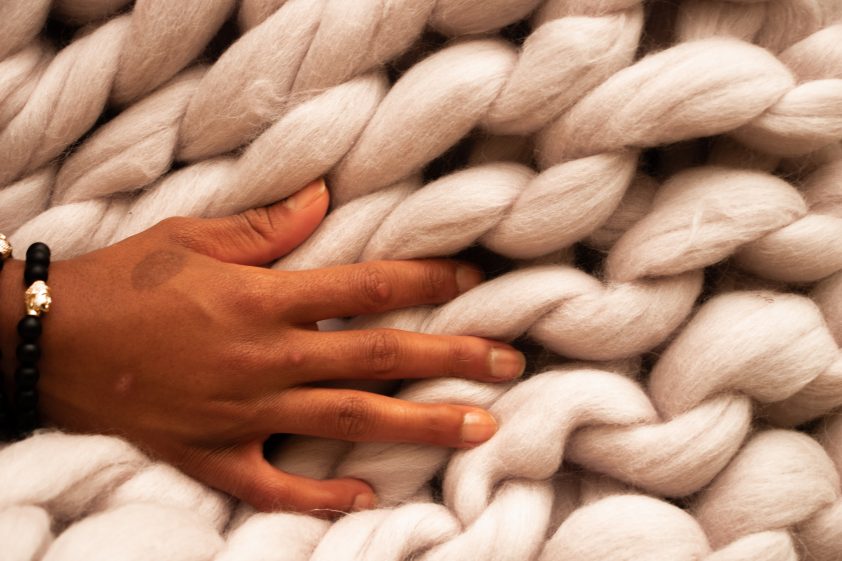 Perfect for a movie date night at home, or any other night really. A super-chunky knit blanket will keep you warm while reading a book in bed or enjoying a glass of wine on the couch. Drape it over your favourite chair to bring added style and comfort to your home. If you’re up to the challenge, knit an oversized knit blanket yourself. Who wouldn’t want to receive a snuggly a handmade creation?

Also see  What are the Traditional Wedding Anniversary Gifts by Year? 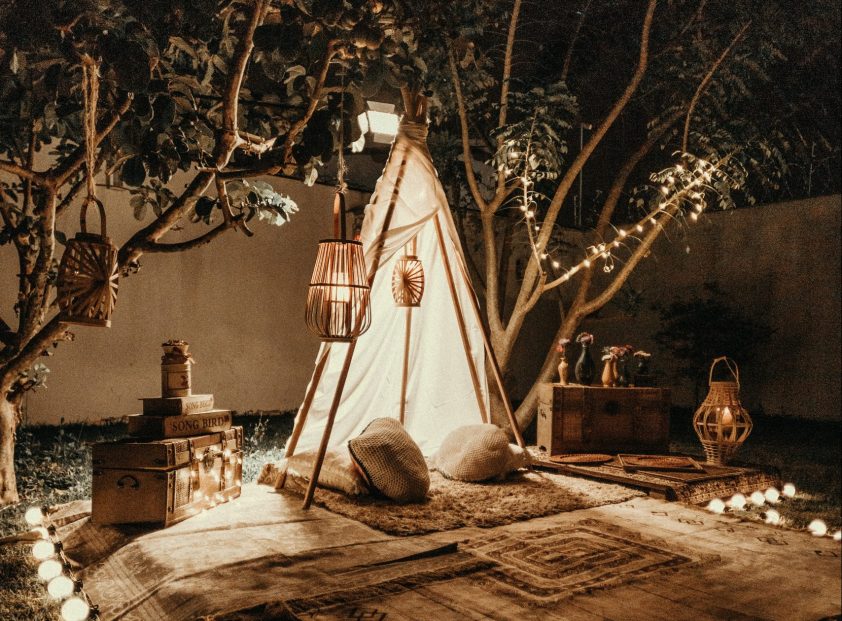 Sometimes it’s hard to get an evening away from the kids for your anniversary. Plus, who said they shouldn’t be in on the fun, anyway? They’re part of your marriage just as much as you are!

Get the kids involved by creating a DIY canopy tent in your lounge or garden. For materials, bring together anything you can find around the house – woollen blankets, sheets, pillows and furniture. After the finishing touches like fairy lights have been hung, you can all cosy up together as a family inside your home-made fort. A funtastical way to celebrate your love while making forever family memories.

For more cool activities to do with the kids, have a look at our list of fun family days out in London.

Picnic in the Park 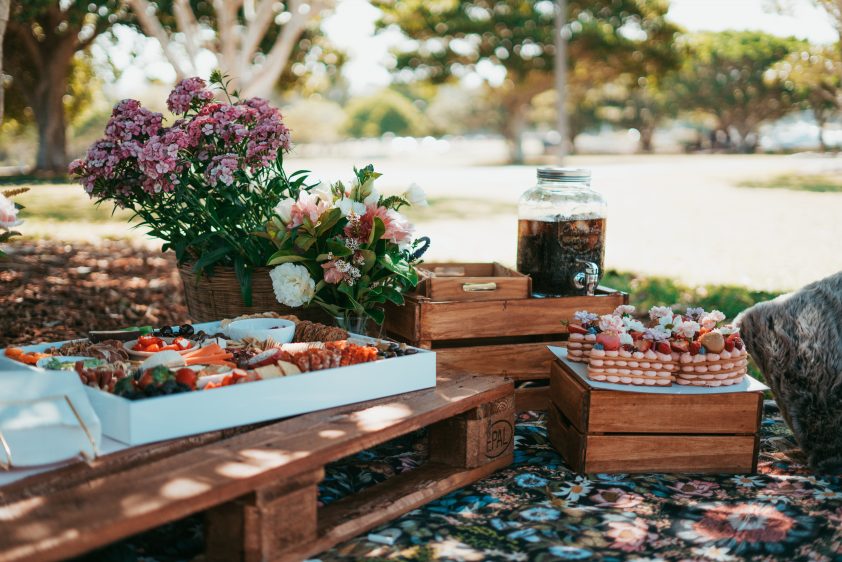 A romantic picnic in the park never fails as a great anniversary activity to do. To make it worthy of your 7th wedding anniversary, pack a basket of your favourite treats, and of course, a soft woollen picnic blanket.

If you’re really looking to spoil your other half, this champagne picnic at Coworth Park has all the bells and whistles – and you don’t have to lift a finger. You’ll spend a romantic afternoon in the picturesque Berkshire countryside, sipping Veuve Cliquot Yellow Label Champagne. Even your sweet and savour canapés are prepared by Michelin-starred chef, Adam Smith. The most luxurious picnic ever! 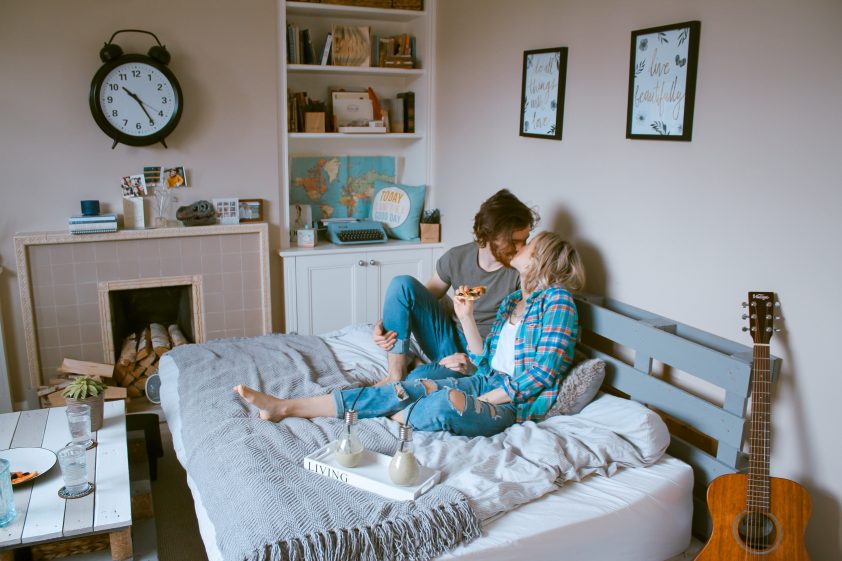 For some of us, going out to noisy, busy restaurants isn’t our idea of a fun way to celebrate an anniversary. We’d rather stay cosied up at home on. And that’s OK! Turn date night into a special occasion with a carefully put together movie night at home. I’m talking buttery popcorn, chocolate treats, wine, candles, and of course, a snug wool blanket. Get cosy on the couch, put on a Netflix rom-com and simply enjoy each other’s company the way you want to.

If Netflix and chill isn’t your idea of romantic, have a look at our list of other fun things to do at home that don’t involve watching TV. 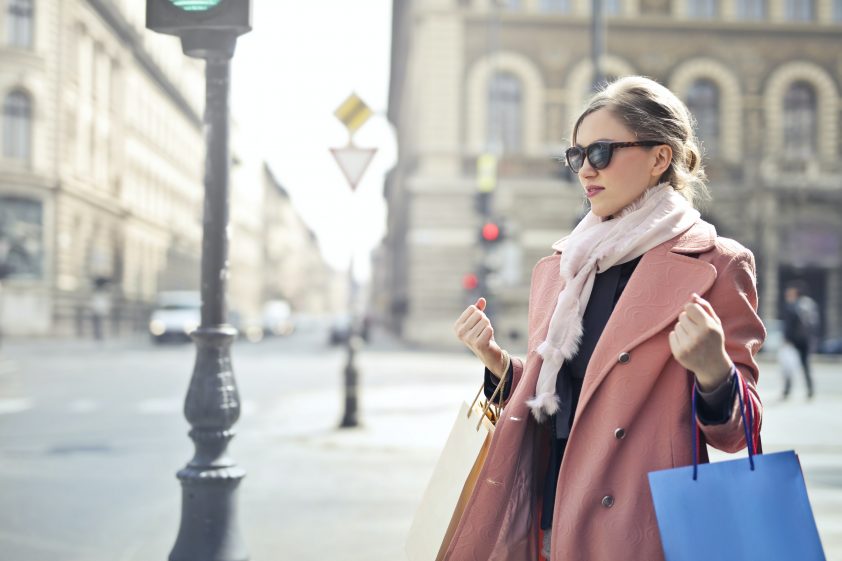 Getting a gift wrong is the worst. Especially if it’s a 7th wedding anniversary gift for your significant other – after all, you’ve been married for seven years! To avoid any awkwardness, surprise them with a luxury Harrods shopping spree. They’ll get to pick anything they fancy from Europe’s most renowned department store – perhaps a woolly jumper to suit the theme? As if this wasn’t lavish enough, your favourite shopaholic will enjoy dinner at a Michelin star restaurant and an overnight stay at a 5-star hotel. 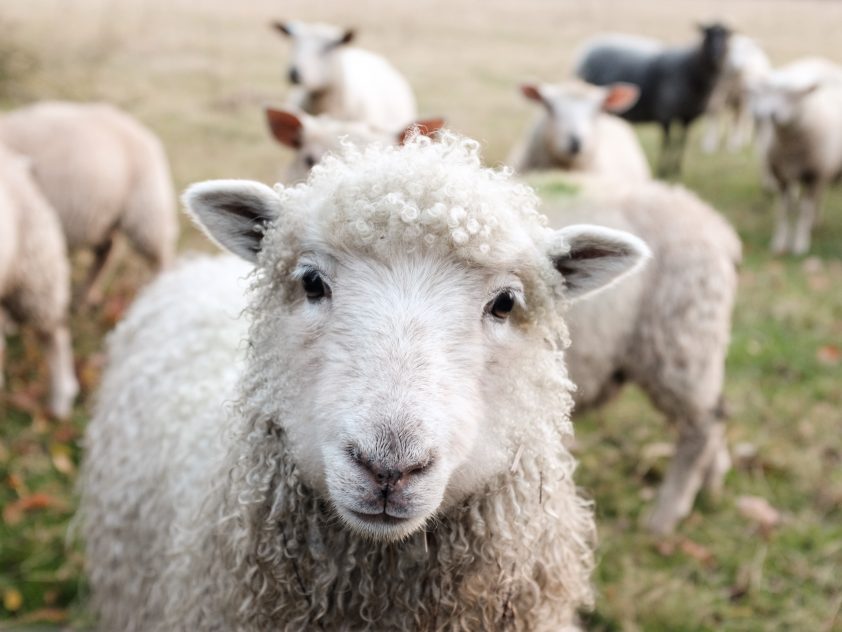 If you’re a pair of city dwellers, a romantic escape to the countryside isn’t a baaaaad idea. In fact, it’s a pretty ram-arkable anniversary gift idea if you ask me! Plan a weekend getaway to the picturesque English countryside to bask in the beauty of nature. As you drive past rolling hills and lush green fields, there’s a pretty high chance you’ll pass a few woolly friends. In fact, Britain is home to about 3 million sheep, so ewe are going to see them! Spend a couple of nights relaxing at a luxury countryside manor, wining, dining and recharging at the spa. Just what the doctor ordered. 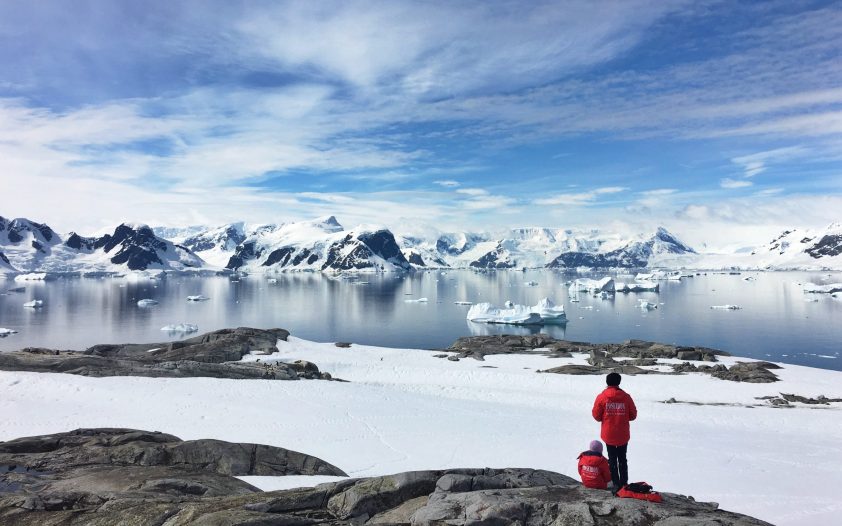 This is no ordinary 7th anniversary gift. This is one of those I-can’t-believe-you-actually-got-this-for-me gifts. Some folk think you have to wait for those ‘more momentous’ anniversaries like your 40th and 50th anniversary. But we say, why wait?

Embark on the adventure of a lifetime with a four-day luxury expedition to Antarctica. Rather than camp in the freezing cold, you’ll stay at White Desert, the only hotel in Antarctica. When you’re not costing up in your private heated sleeping pod, you’ll explore ice tunnels and visit the continent’s famous Wolf’s Fang peak. If there’s ever an excuse to get wrapped up in warm woolly clothes, this is it.

For more out-of-this-world anniversary gift ideas, take a peek at these Dreams Come True experiences. If you can dream it, you can do it.

Because being married isn’t always rainbows and unicorns, it’s important to thank your partner for sticking by you after seven years. Every anniversary deserves to be celebrated, and your 7th wedding anniversary is no exception. Hopefully, we’ve given you some great woolly gift ideas that will keep both of your hearts snug and warm.