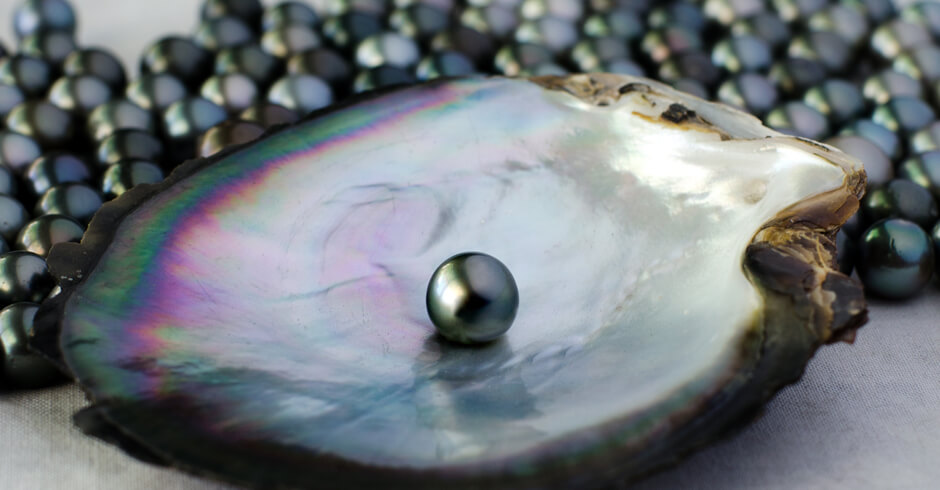 A beautiful and classic piece of jewelry, pearls are one of the most elegant and timeless precious stones that you can wear. Their value and natural beauty make them a popular choice for gifts,  especially on a 30th pearl wedding anniversary when it is customary for couples to exchange pearl-themed gifts.

You have probably seen pearls before but there are a lot of things that you might not know about them. Let’s look into some of the fascinating facts about pearls and their use throughout history.

First things first: Where do pearls come from?

First of all, in order to understand this gemstone it’s important to know where it comes from and how it is formed.

This shiny organic gem is formed within molluscs such as oysters and mussels when a tiny piece of sand gets inside the molluscs shell. A shiny and lustrous substance called nacre is secreted around the object in order to protect the soft internal surface of the creature. As the grain of sand is coated over and cover with nacre, a pearl is formed.

Pearls are an amazing natural gem and there is a lot to learn about the science and history behind them. Here are some interesting facts about pearls that you might not know about:

Pearls are Not Always White

When we picture a pearl we usually imagine a white iridescent gem, but pearls are not always a white color. They can range from pink to brown or even black. What makes them different colors? The hue depends on the type of mollusc that created them and the water in which that mollusc lived.

Pearls Have a Long History

Pearls are more than retro, they have been worn since the very early days of civilisation. The earliest piece of pearl jewelry ever discovered was found in the sarcophagus of a Persian princess that dates back to 520 BC. This beautiful ancient pearl is now on display at the Louvre gallery in Paris, France.

They were very popular during the Roman Empire and wealthy women at the time would have worn jewelry and clothing adorned with pearls. The legend is that Cleopatra dissolved a pearl in wine and drank it to prove her love for Marc Antony. Another version of the story is that she won a bet with Marc Antony that she couldn’t create a banquet that cost more than the assets of a country.

Another story states that the Roman general Vitellius was able to finance a full military campaign just by selling one of his mother’s extremely precious pearl earrings.

In Victorian and Georgian times pearls were associated with mourning because they symbolised tears. They were used in memorial jewelry and worn by widows.

To this day pearls are still in fashion and they are worn in luxury designer jewelry by the most stylish fashionistas around the world.

When diamonds were discovered in the early 1700s, pearls lost some of their popularity. At the time diamonds were more affordable than pearls, so they became the jewelry of choice. Pearls tried to compete, but this meant that poor quality imitations were made which cheapened their look. There was a worldwide decline in pearl buying until the late 1700s, when new pearl sources were discovered and the pearls started to gain ground again.

South Sea Pearls Guide: What Are They & Why Are They So Valuable?

The Most Famous Pearl in the World

The world’s most famous pearl is known as La Peregrina, which means “The Incomparable.” It was found in the Americas and it is an enormous pear shaped pearl that is the size of a pigeon’s egg. It has been owned by many famous people over the years, including Mary Tudor of England, Phillip II of Spain and Napoleon III. The last owner of this amazing gemstone is said to be Elizabeth Taylor. 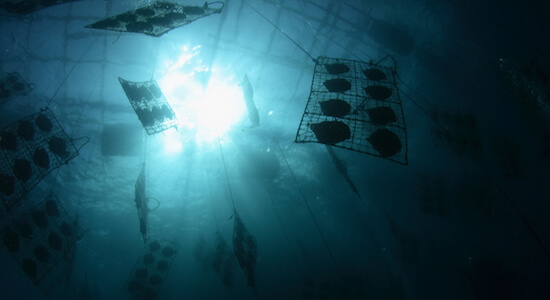 Most Pearls are Grown on Pearl Farms

These days approximately 95% of the pearls on the market are “cultivated” pearls, which means that they are grown from molluscs that are artificially implanted with a small irritant to start the nacre-coating process and tended to on a farm. The science of pearl farming is called Periculture.

It is possible to remove the pearl without killing the mollusc, so one mollusc is able to create many pearls. These days it is very rare to find a pearl that has been formed naturally by a mollusc in the ocean. Natural pearls have been compromised by tsunamis, water pollution and other factors.

For example, the Bora Bora Pearl Company cultivates the rare and fragile Tahitian black-lipped oyster and farms its natural pearls. Growing each of the pearls takes two years and only three in every hundred harvested are deemed to be high enough quality. A pearl diving experience is available there which allows visitors to dive to the bottom of the clear and beautiful lagoon and gather pearls to keep.

Before the days when we started culturing pearls they used to be much more expensive. They were only available to the richest members of society and they were a sign of prestige, as they were so rare and difficult to find.

How Much Are Pearls Worth? Guide to Different Pearls' Value

Round Pearls are Very Rare

To find a perfectly round pearl is very fortunate as these pearls are the rarest and the most valuable. Pearls usually come in eight basic shapes: semi-round, round, drop, button, pear, baroque, oval and circled.

In Chinese mythology pearls were thought to fall from the sky when dragons fought each other. The Greeks believed that wearing pearls would improve a marriage.

These are just a few fascinating facts that you might not have known about these beautiful gemstones, so keep them in mind the next time you wear your favourite chain of pearls.