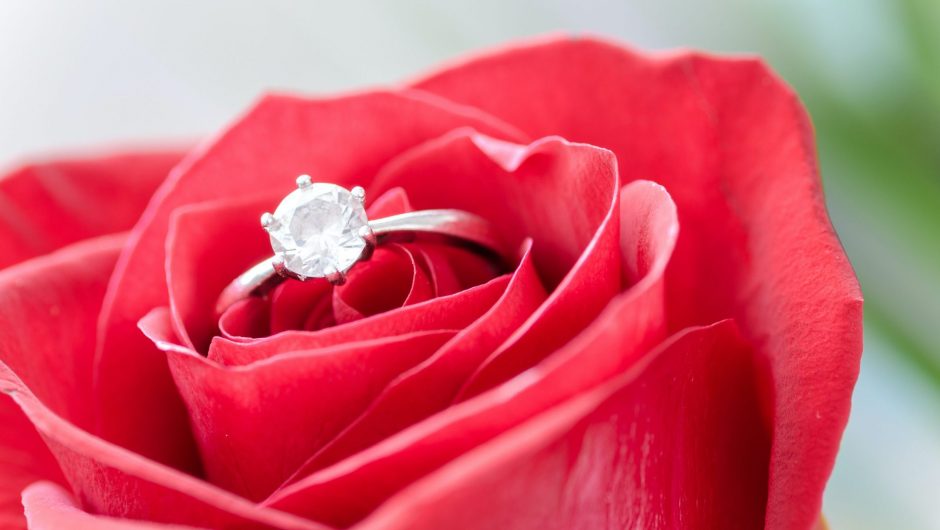 Being married for 60 years is an incredible milestone for a couple. It’s their personal diamond jubilee, and it’s all about celebrating a love that is strong, clear, and pure.

With so many fantastic gift possibilities, it’s not surprising that it can be agonizing to choose something. We’ve put together a few exquisite 60th anniversary gift ideas to make it easier for you.

What Is The 60th Anniversary Gift?

The traditional 60th anniversary gift is nothing less than a girl’s best friend. Diamonds have been associated with 60th anniversaries ever since Queen Victoria’s 60th jubilee was celebrated with a diamond theme in 1897.

The nature of the traditional gift means there’s no separate gemstone gift, but there is a colour associated with the occasion, and that’s white. You also won’t find a specific flower traditionally associated with the 60-year wedding anniversary in the United Kingdom, the US, and beyond. Instead, a bouquet is given. 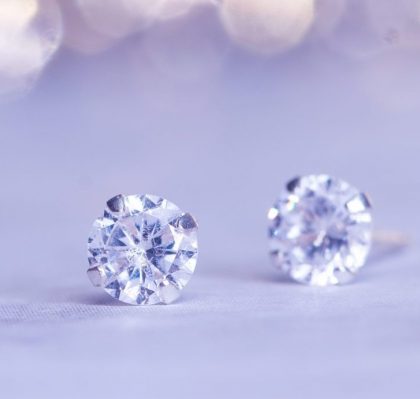 A diamond is a chunk of coal that did well under pressure. – Henry Kissenger

Diamonds are one of the hardest substances on earth, and when cut by an expert, their brilliant, fiery beauty is incomparable. The greatest of all precious stones is the perfect gift for a 60th anniversary, as they symbolise the strength, durability, purity, and beauty of the love between spouses; a love that has been transformed and perfected over six decades.

In the US, the gift tradition specifies yellow diamonds, but this isn’t set in stone elsewhere.

White or ‘diamond white’ is the colour associated with the 60-year wedding anniversary. For thousands of years, the colour has symbolised purity, clarity, sanctity and blessing.

All these qualities are found in the love between spouses who’ve been together for a lifetime. Theirs is a bond that is not only beautiful, but venerable too, especially when celebrating a 60th anniversary. 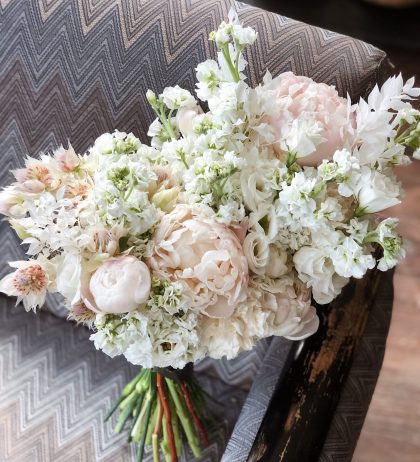 The 60-year anniversary is one of the few marriage milestones that doesn’t have a traditional flower. However, there is a tradition of the gift of a bouquet of flowers. You can use this to guide your choice in various ways, such as using the Victorian language of flowers, or choosing seasonal flowers, white flowers, or a diamond theme.

Also see  65th Anniversary Gift Ideas for Parents, Him & Her

Alternatively, ask a florist to create something that includes your spouse’s favourite colour or references their personality.

60th Anniversary Gifts For Him

What could you do on his 60-year anniversary other than spoil him? 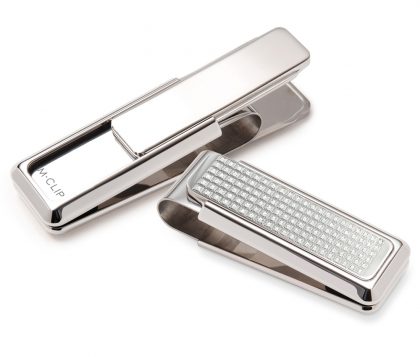 Give him a gift inspired by the diamond anniversary theme. This stylish diamond money clip from M-Clip will keep his banknotes together and it’ll add a bit of sparkle to his wallet. What’s more, you can have it personalised with an engraving. 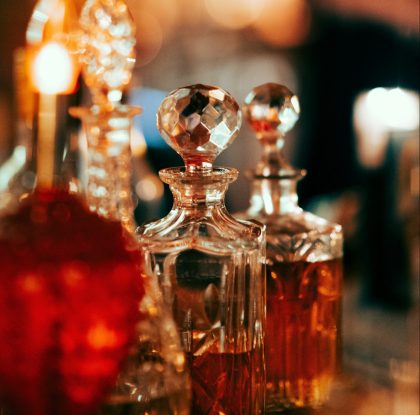 Treat him to an exclusive tasting experience that will take him through every era of Glenfarclas whisky, which was produced between 1953 and 1993. The event in London takes place at the world’s only private whisky club with the entire collection of Family Cask Glenfarclas. It’s an anniversary gift that he’s sure to appreciate. 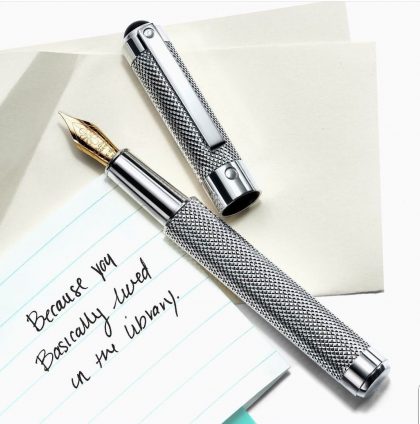 There’s a special something about fountain pens, and the most luxurious of them make wonderful 60th wedding anniversary gifts. We love Tiffany & Co.’s textured Diamond Point fountain pen. It’s crafted in sterling silver, and it features a black onyx cabochon and an 18k gold fine-tip nib. He’s certain to love it, too.

Create His Own Cufflinks 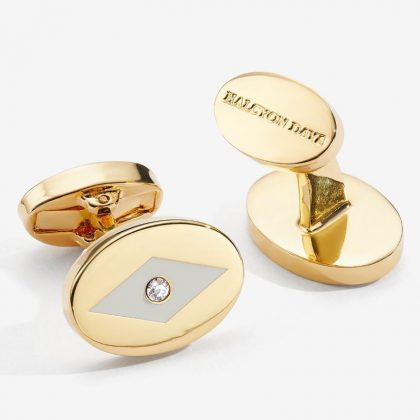 If you’d like to give him a pair of cufflinks for his 60th wedding anniversary, there are two ways to do so. One is to purchase a pair from a reputable jeweller or smith.

The other is to let him enjoy the opportunity to create his own hand-painted cufflinks. He can enjoy a creative consultation with a representative at London’s Halcyon Days, whose talented team will paint his enamel cufflinks. For something on par with the 60th anniversary theme, add a bit of diamond sparkle to his set of bespoke cufflinks. They’re stylish, functional, and will feature something truly unique. 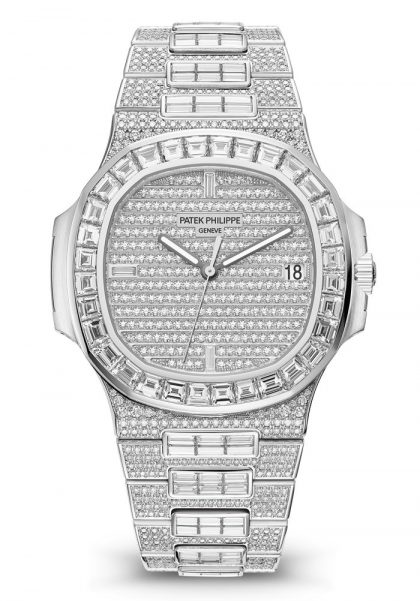 Spoil him with a watch from one of the world’s most renowned watchmakers. If it features diamonds, even better. We think Patek Philippe’s Nautilus 5719/10G-010 is exquisite. He’ll remember 60 happy years every time he looks at it. 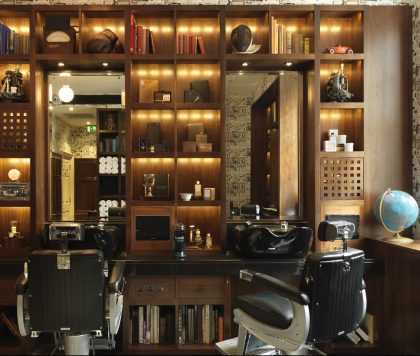 Let him be pampered on his 60th wedding anniversary by sending him for a luxurious traditional barber experience at Alfred Dunhill’s flagship Mayfair store. He’ll have a wet shave, a haircut, and other treatments that will leave him feeling unbelievably good.

60th Anniversary Gifts For Her

She has been the queen of your heart throughout 60 years of marriage. Celebrate the jubilee of her love with gorgeous 60th wedding anniversary gifts. 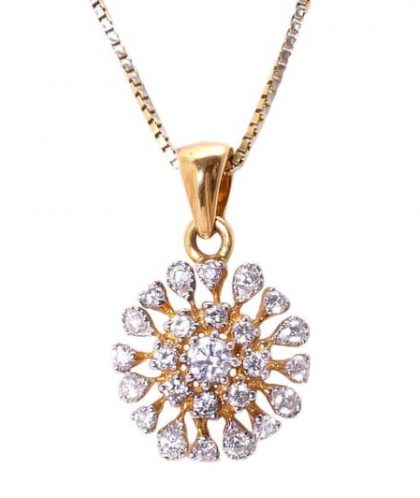 You can’t go wrong with a gift of diamond jewellery on her 60th wedding anniversary which is the diamond anniversary. We think Rakam Jewellery’s classic diamond pendant in 18k yellow gold is stunning. Its unique shape will make it look like a mini sunburst on her neck. It’s a beautiful gift for a beautiful woman. 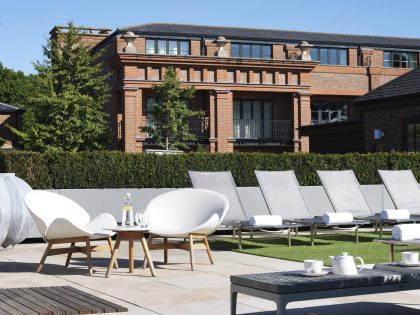 Take the gift of a pampering spa day to the next level with a head-to-toe diamond and gold-inspired experience at the award-winning Sequoia Spa at the Grove Hotel in Hertfordshire.

Among the fabulous treatments she’ll enjoy at the 18th-century mansion are a diamond cream massage and a gold-and-pearl face mask. She’ll leave looking and feeling as radiant as she did on her wedding day six decades ago this diamond anniversary. 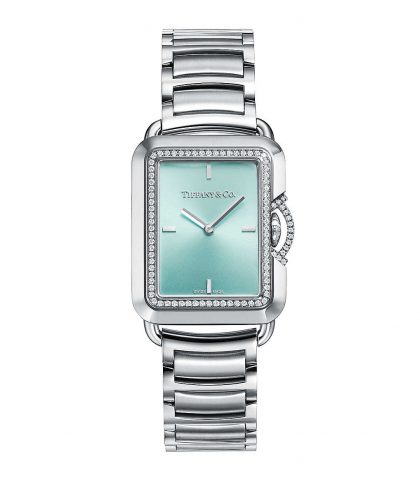 If you want to give her a gift featuring diamonds but would prefer to steer clear of jewellery, give her a watch that sparkles. We think Tiffany & Co.’s limited edition watch is exquisite. The case is set with round brilliant diamonds and the blue dial adds a splash of colour. 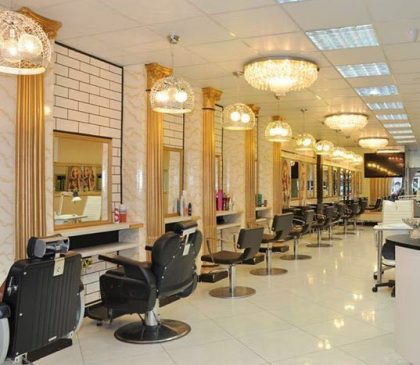 Looking for 60th wedding anniversary gift ideas that offer her the chance to enhance her natural beauty? Book her in for a Brazilian keratin treatment and a haircut at LS Hair London. She can relax and unwind in the stylish salon, where the team will work their magic on her hair. She’ll look amazing and she’ll feel recharged and ready for the rest of the celebrations.

A Perfume Inspired By The Occasion 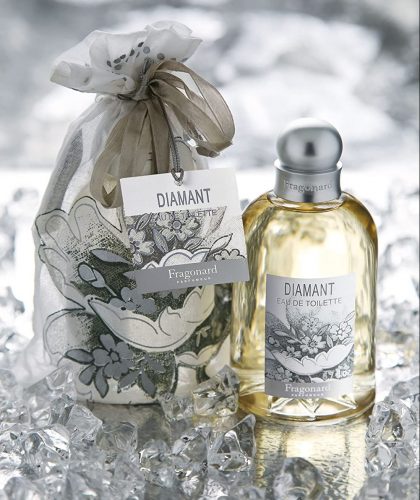 Let the traditional themes and associations of the 60th wedding anniversary inspired your choice of a gift of perfume for her. For a gem-inspired fragrance, consider Elizabeth Taylor’s White Diamonds, Versace’s Yellow Diamond, or Fragonard’s Diamant. If you’d prefer a perfume that references the colour white, look no further than royal perfumer Floris’ White Rose. Rumoured to be the scent that Her Majesty wore on her wedding day, White Rose has star notes of iris, rose, and violet.

And if you really want to spoil the sovereign of your heart,  let her create her own bespoke fragrance with the royal perfumers at their Jermyn Street perfumery. After a private two-hour appointment together with a Floris perfumer, she’ll receive a bespoke fragrance gift box containing an engraved fragrance bottle. It’s a 60th wedding anniversary gift experience fit for a queen. 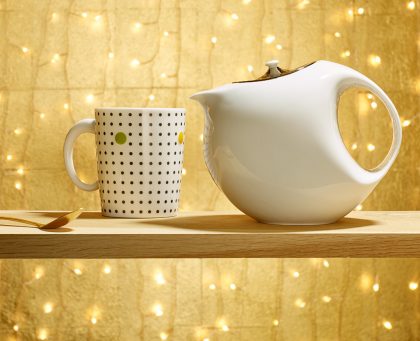 A gift of a beautiful white teapot might be just the thing if you’re looking for 60th wedding anniversary gift for the woman who enjoys entertaining. We can’t get enough of Bernardaud’s stunning designs, and we think the white and platinum bubble teapot is one of the best the luxury brand has to offer. She’ll smile every time she pours a cup of tea for her guests.

Flowers From A Top-Quality Florist 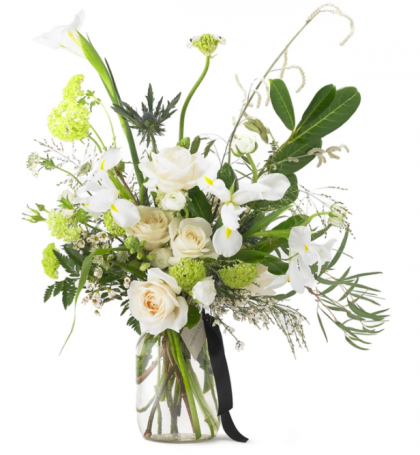 A 60-year wedding anniversary is too important an occasion to give her a bunch of flowers grabbed at random from a bucket at a garage shop. Demonstrate your love by having a bouquet delivered by one of the UK’s best florists. We suggest something like Grace & Thorn’s White Noise bouquet. It brings a bit of an edge to the classic white and green theme. Pair it with the brand’s fabulous sandalwood and rose-scented candle for an element that can outlast the blooms.

Let your parents know how much they mean to you on the occasion of their 60th wedding anniversary. Choose something from our suggestions. 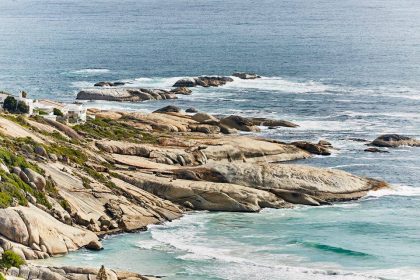 Give your parents a once-in-a-lifetime travel experience for their 60-year anniversary. If they’re fit enough, they can join scuba divers in diving for diamonds off the west coast of South Africa. They can enjoy the cruise and watch from the deck with a Benguela Diamonds Gin and tonic if they’d prefer not to dive.

Apart from that, they can enjoy glorious food and wine in luxurious beach villa accommodation. It’s a blissful experience they more than deserve. 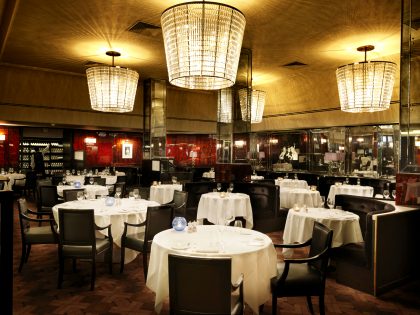 Treat your parents to a memorable lunch with champagne for their 60th wedding anniversary. It’s a special occasion, which calls for a special venue. We recommend a three-course lunch at the Gordon Ramsay-owned Savoy Grill in London. It’s the perfect setting in which to reminisce about their lives together and to celebrate their enduring romance.

Celebrate 60 years of marriage in style! Any one of these anniversary gifts is sure to mark the occasion in a wonderfully memorable way.