Many people have taken a weekend break or an even longer holiday in the ‘Big Apple’ and not without good reason. It has a population of over 8 million people and every year tourists visit, attracted by the fast paced environment and visions of the NYC they have seen on the big screen.

Watch a baseball game with a Yankee legend

Settle down in a luxurious party suite to take in a baseball game but you will also meet two famous legends to greet, talk and cajole with. Have your mementos signed and enjoy the game, a once in a life time experience for the sport fan.

Explore 5th Avenue with your very own shopping guide and personal stylist to ensure you leave New York with the most cutting edge fashion. With names such as Prada and Gucci on 5th Avenue this is an ideal way for you to update your wardrobe, knowing you aren’t making any fashion faux pas. Your personal shopper will guide you from the likes of jewellers such as Tiffany & Co. to high-end designers like Louis Vuitton and Gucci to more mainstream apparel like Abercrombie & Fitch and Ralph Lauren.

Luxury tour of the city by limousine

A far more comfortable, and expensive, way to tour the city than the iconic yellow cabs. A normal tour lasts up to 4 hours but this can be agreed prior to departure. You will be able to agree the itinerary and any ‘must see’ destinations and you’ll be in the capable hands of an experienced driver. The limousine comes fully stocked with a wide choice of drinks and snacks so you don’t even have to leave the comfort of your seat if you don’t want to. 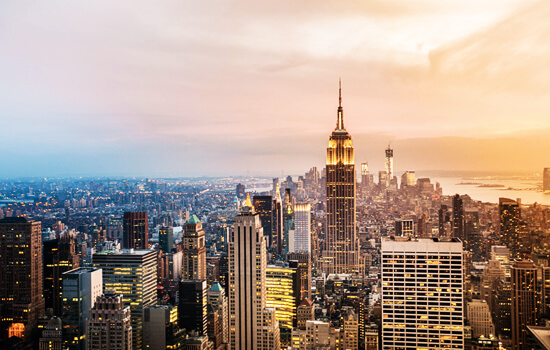 Sounds unusual in NYC but this is a special pizza. Nino’s Bellissima Pizzeria offers one of the world’s most expensive pizzas at $1000. Two of the world’s top caviars, Beluga, and the intensely-flavoured Black Russian Royal Sevruga, are among the varieties selected for Nino’s creation. The fish flavour is further enhanced by thinly sliced lobster and creme fraiche, and topped off with a salmon roll, chives and wasabi paste. With an A-list clientele who knows who you may be sharing a slice with?

Bottle service at the Marquee Club

The Marquee Club is one of the most exclusive clubs in the city and ordering table service at the club is a guaranteed way to skip the line at the door and gain entrance. There is a minimum spend which is dependent on the number of guests.

Packages vary, depending on the show, but normally it will include premium orchestra seats, a three course dinner, personal concierge service during the intermission to save queuing and a ‘meet and greet’ with the cast after the show.