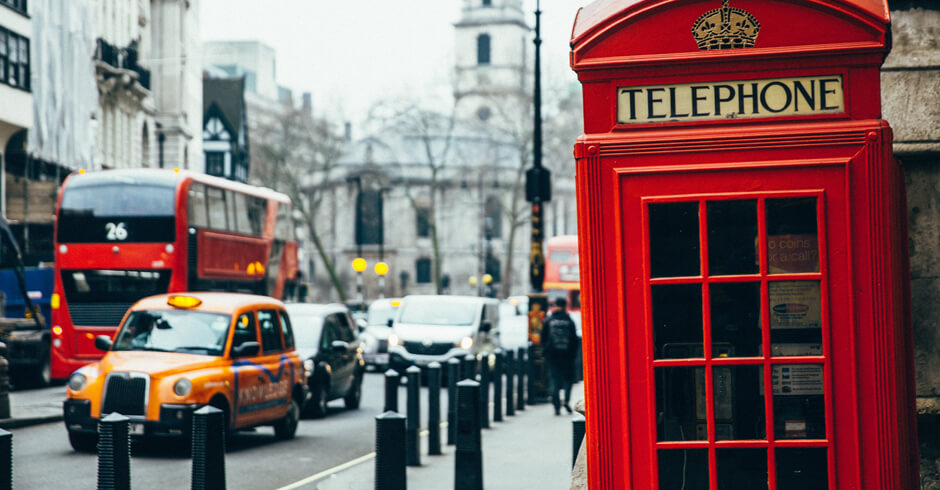 When you think of romantic cities in the world, London doesn’t usually spring to mind. Paris, Rome, Venice – these are cities associated with love and lust. London? It’s more the city known for great underground transport and rowdy football fans screaming at the telly in pubs.

But we’re here to change that. We’re here to put London on the so-called romantic map. This vibrant, bustling city is just filled with incredible activities for couples to do together. Activities that are fun, unforgettable, and bound to bring the two of you closer together.

So instead spending yet another day on the couch with a marathon of “Netflix and chill”, it’s time to explore a whole other side of this magical city. To ensure you and bae get the very best of what the English capital has to offer, we’ve put together six totally fun days out in London for every kind of couple.

For the Science Geeks

The two of you may already have plenty of chemistry, but a hands-on day of sexy science is bound to ignite your flames of passion even more.

Start your day with a private tour of the London Science museum. As one of the city’s most visited major tourist attractions, South Kensington’s Science Hub is a fascinating place of wonder, human ingenuity and discovery. Led by an expert curator, discover a deeper side of the most visited science museum in Europe, from the command capsule of the Apollo 10 mission to the on-site immersive IMAX cinema.

Located just next door to the museum, your intimate tour is followed by a delicious science treat. Becoming a pair of scientists yourselves, indulge in a science-themed afternoon tea. From gooey volcanic cakes to chocolate spaceships, this is one couple’s activity that is really out of this world.

If you’ve ever had any doubts, this science day out in London will confirm what we’ve thought all along – science is sexy.

Also see  Origami: Folding Your Way to Peace of Mind

For the Nature Lovers

As the largest of the Four Royal Parks, Hyde Park is a must for any London visitors looking to get some fresh air. Lush green lawns, a massive lake, brightly coloured flowers and historical monuments make this the perfect setting for a romantic day out in London.

But spanning over 142 hectares makes Hyde Park quite a difficult park to cover on foot. Not to worry, we’ve got the perfect, most romantic solution – a scenic private horse ride. Trotting side by side under the canopy of a thousand of trees, you and your beloved will view some of London’s most iconic landmarks, from the sparkling Serpentine Lake to the Diana Memorial Fountain.

Follow your romantic horseback ride with one of Londoners’ favourite past times – afternoon tea. Having worked up an appetite, together you can delight in cups of tea and delicious British treats at a luxurious Victorian countryside hotel.

How very English of you.

For Mr. and Mrs. Magic

Looking for a touch of magic in your love life? This fantastical day out is bound to do just that.

One of the world’s greatest cities for magic, London is filled with wizarding wonder just waiting to be explored. Led by an award-winning magician, you and your magic assistant will discover a totally new side of London with a privately-guided magic tour of the city’s 100 year history.

After visiting magic venues such as the real-life inspiration for Diagon Alley, delight in a private magic show from a professional. Once your mind has been suitably boggled and your jaw has sufficiently dropped, it’s time for the two of you to make your own magic!

Have fun mixing and matching dazzling ingredients in a molecular mixology cocktail masterclass. With enough liquid creativity, and the right amount of magic, you may just create the perfect love potion.

Also see  Where to go Whisky Tasting in London

Now that’s a magical date if I ever heard of one.

For the King and Queen

Besides the Underground and rowdy football fans there actually is something else London is famous for – the Queen.

A serious London ‘must-do’ for any couple who loves the Royal Family, discover another side of Her Maj’s crib with a tour of the Buckingham Palace Royal Mews. A truly romantic side of the monarchy’s history, marvel at the fairy-tale horse-drawn coaches that have transported royal brides on their wedding day, including Lady Diana.

If that doesn’t impress, then the Queen’s State fleet of Rolls Royces, Daimlers and custom made Bentleys certainly will.

Follow your royal visit with a suitably majestic lunch at Michelin-Starred restaurant, The Square. The critically-acclaimed fine dining establishment has been a favourite of London diners since as far back as 1991. The restaurant’s sleek decor and inventive traditional French fare is certainly fit for a King and Queen.

Move over Queenie – there’s a new royal couple in town.

For the Art Lovers

Art has the power to really move a person. But sharing your passion for art with your significant other? Now that’s something special.

Spend a day exploring the very best of contemporary art with a private tour of Tate Modern. The iconic building is one of the greatest experiences to be had in London, being in the top ten most visited museums and galleries in the world.

With an experienced private tour guide, discover untold secrets of iconic pieces from the likes of Picasso, Dali and Warhol. No visit to Tate Modern is complete without a visit to the building’s top floor. Enjoy spectacularly romantic vistas of the iconic London skyline. The view of the dome of St Paul’s Cathedral is particularly impressive.

Having worked up an appetite, your art tour is followed by a selection of mouthwatering tapas at nearby Spanish restaurant, Camino. Amongst olive trees and romantic soft lighting, discuss your favourite pieces of art from your fun-filled day of international culture.

For the Star-Crossed Lovers

Enjoy a romantic night under the stars with a visit to The Royal Observatory. One of our favourite couple activities in London, explore the moon, constellations and planets of our beautiful night sky with expert commentary from real astronomers. Hand in hand, it’s a totally unique way to treat your loved one to some romantic star gazing.

After a trip to space, come back down to earth for a fun photo opportunity at the Greenwich Meridian. One of you in the World’s East, one in the West, the two of you can honestly say you’ve never been so close yet so far!

The romance doesn’t stop there. Enjoy sweeping views of the city at critically-acclaimed restaurant, Craft London. Surrounded by floor to ceiling panorama windows and spectacuLar vistas, indulge in a six-course tasting menu of innovative British dishes.

Now that’s a romantic day out in London that is truly out of this world.

Discover More Days Out in London

The amount of couple activities in London is staggering. With so many interesting ways to spend a day out in the Captial with your beloved, it’s easy to stay away from the common tourist traps that aren’t exactly romantic.

Discover more extraordinary days out in London for couples. Guaranteed we’ll give you a whole new perspective on London as one of the most romantic, exciting cities in the world.