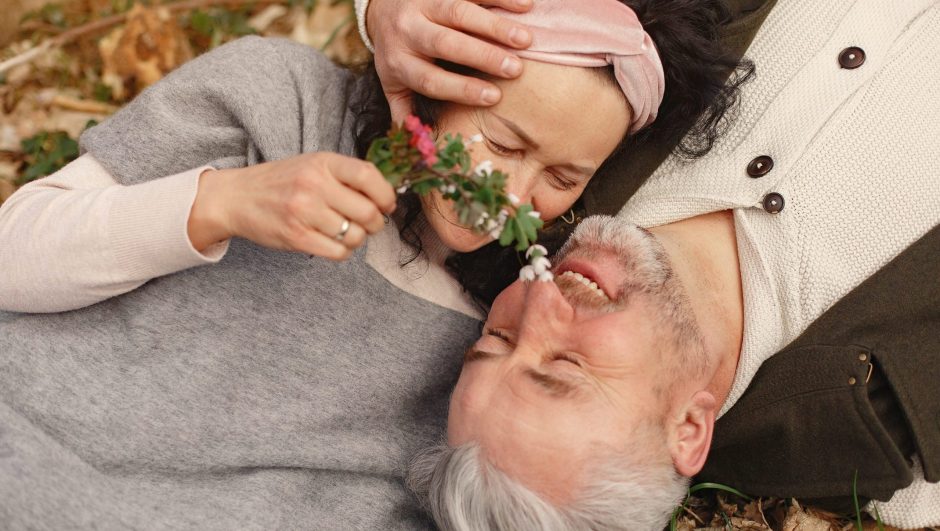 A couple doesn’t stay together for four decades without passion, nobility of spirit and a love of life, which makes the 40th anniversary an understandably major milestone!

What Is The 40th Anniversary Gift?

Different anniversary gift traditions evolved in the UK, the US, and elsewhere, and modern couples have added new traditions to the old ones. Let’s take a closer look at what happens when you celebrate 40 years of marriage. 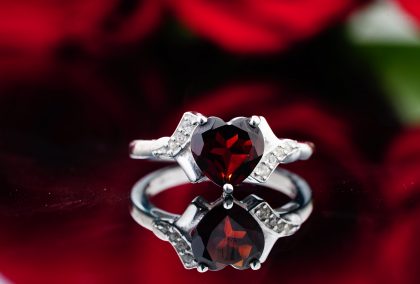 There’s a good reason the occasion is known as the ruby anniversary. The highly prized ruby red gem is the traditional and modern gift for the 40th anniversary, whether you are in the UK or the US. Historically, rubies were mined in Thailand, Cambodia, Afghanistan, India, and elsewhere. More recently, deposits were found in Madagascar, Vietnam, and several other countries.

Although rubies are popularly thought to be bright red in colour, they are found in colours ranging from pink to blood red. They symbolise passion, love, nobility, nobility, luck, and life, and because of this, many people still believe the stone has protective powers.

Unsurprisingly, red is the colour of the 40th anniversary. The colour’s symbolism is similar to that of a ruby. 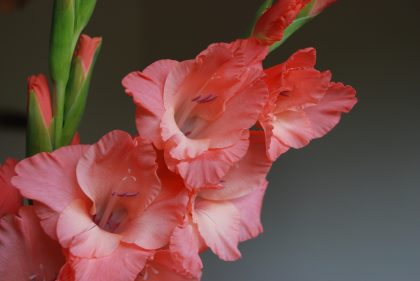 The gladiolus, a member of the iris family, is the flower for the 40th anniversary. Sometimes known as the sword lily, the plant can be found growing naturally in Mediterranean Europe, tropical Africa, South Africa, and Asia.

Gladioli are known for their colourful flower spikes, and if you’re a fan of Australian comedian Barry Humphries, you might remember that they’re the favourite flower of his Dame Edna character. The flower symbolises faithfulness, strength of character, moral integrity, and remembrance.

40th Anniversary Gifts For Your Husband

Your husband is the salt to your pepper, and the moon to your stars. Show him how much you care with a special ruby anniversary gift.

The quality of Belgian beer is known the world over. One of the most legendary of the country’s beers is Flanders red ale, which is just perfect for a 40th wedding anniversary. Why not spoil your husband with a delightfully delicious opportunity to sample some of Belgium’s best beers with a tasting at the Dovetail, an iconic venue in the heart of Clerkenwell, near the historic City of London? While there, he’ll have the chance to sample a few traditional Belgian dishes, such as moules et frites and gaufres. 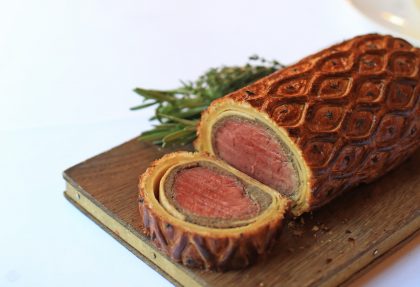 Are you looking for a foodie 40th wedding anniversary gift idea that gives a nod in the direction of rubies? Gordon Ramsay’s Beef Wellington could be just the ticket. Cut through the Savoy Grill’s signature classic’s pastry casing to find gorgeously pink, succulent beef. Paired with a playful yet powerful sparkling rosé, it will be an anniversary meal he won’t forget. Lunch or dinner at Gordon Ramsay’s celebrated restaurant in one of London’s most well-known hotels is also a lovely reason to get all dressed up. 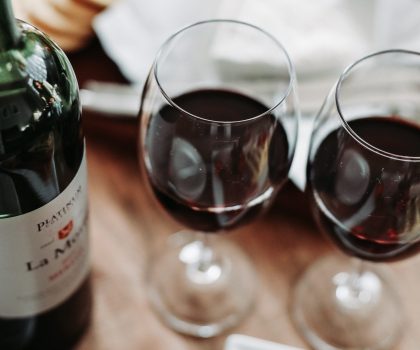 If you’re married to an oenophile, let him celebrate your 40th anniversary by taking him for a luxury red wine tasting with the Wine Cottage. Kam Zadeh will take you on a flavour-packed journey as you sample a variety of boutique wines. The exquisite event will take place at London’s luxurious 8 Northumberland. He’ll love the idea of rubies in liquid form. 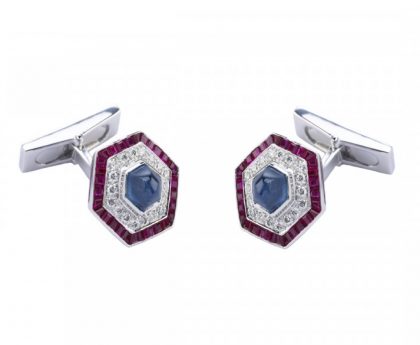 Looking for a 40th wedding anniversary gift idea that will bowl your husband over? He’ll never expect a pair of ruby cufflinks, especially not if they’re the white gold hexagonal cufflinks with sapphire and diamond from Deakin and Francis. Inspired by the art deco era, they’re playful statement pieces that are a perfect addition to his wardrobe. 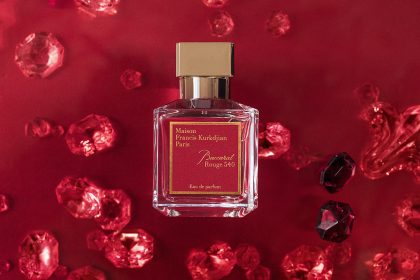 Let the colour of rubies inspire one of the best 40th anniversary gifts – Maison Francis Kurkdjian’s Baccarat Rouge 540. One of the niche perfumer’s most famous fragrances, Baccarat Rouge 540 brings together the scent of jasmine, saffron, cedarwood, and ambergris. If you purchase it directly from the perfumer, you can take advantage of the engraving option, and surprise your husband with a personalised bottle. 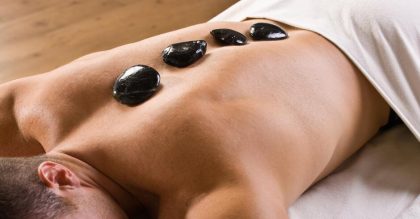 Looking to pamper your husband for your 40 year anniversary? Send him off for a hot stone massage, a facial, and a foot treatment at Gentleman’s Tonic. He’ll have a chance to relax, unwind, and bliss out under the experienced hands of trained therapists in a venue that caters for the modern gentleman. After his treatment, the two of you can head out for a fabulous meal or celebratory drinks. 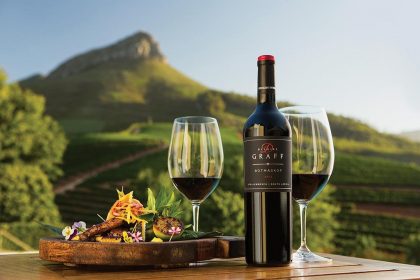 Why let him mark the occasion of your 40th wedding anniversary with a glass of wine at home when you can enjoy it in one of the most beautiful locations on planet earth? Whisk him away for a 5-star wine getaway in Cape Town, South Africa. You’ll have the chance to explore the world-renowned winelands, taste the best ruby red wines, feast on excellent cuisine, and enjoy an enlivening experience in a melting pot of cultures.

40th Anniversary Gifts For Your Wife

The passion she feels for you is one of the reasons you’re marking 40 years as husband and wife. Demonstrate your devotion to her with a luxurious and the best 40th anniversary gift she’s sure to love.

60th Anniversary Gift Ideas for Him, Her and Parents 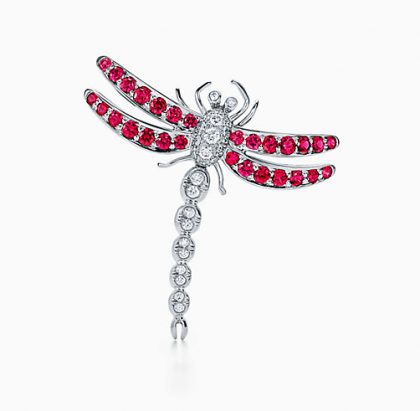 It’s her ruby anniversary, so take the theme literally and surprise her with a 40th anniversary gift of jewellery that features the precious stone. There are rings, necklaces, and bracelets aplenty from which to choose, but we think that a milestone occasion deserves something really special. One of our favourite pieces is this darling dragonfly brooch in platinum and set with diamonds and rubies from Tiffany & Co. 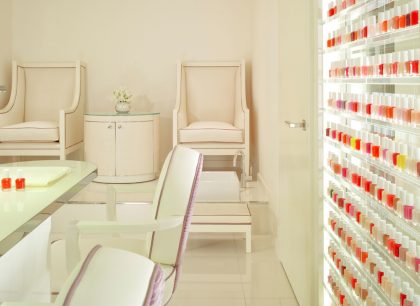 Looking for a 40th wedding anniversary gift idea that will help her to look her best for the rest of your 40th anniversary celebrations? Treat her to a manicure and champagne for one at the Dorchester Spa in London’s fabulous Dorchester Hotel. She’s sure to appreciate some me-time in such a glorious setting.

A Personalised Work Of Art 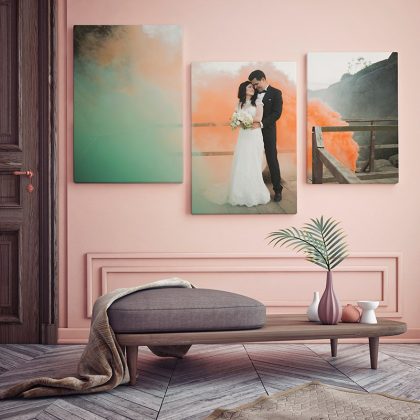 Thanks to canvas printing, you can give your wife a personalised work of art. We love the idea of taking the score of a meaningful song and having part of it printed in red on canvas. Consider using an arrangement of your wedding song or one that expresses your love for her. Alternatively, have a map featuring your wedding venue, where you met, or another location that is important in your own love story, printed on canvas – one of the most romantic and sentimental 40th wedding anniversary gifts you can get. 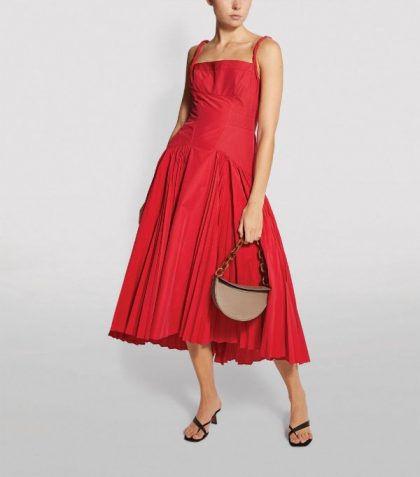 If she looks stunning in red, make her day by giving her a new gorgeous red dress. Pick out something that will highlight her best features, or take her shopping, and let her choose something she likes. We’re sure she’ll love this effortlessly chic pleated midi dress from Proenza Schoulder. If you’re looking to splurge for your 40th anniversary gift, consider adding a pair of red-soled Christian Louboutin shoes to the mix. 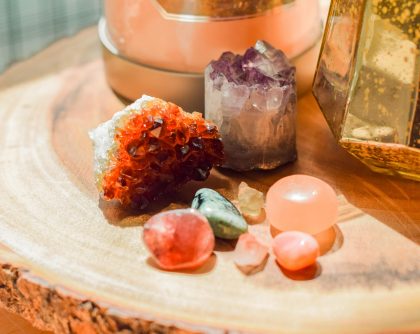 Red is the colour of kundalini, the sacred goddess energy that rises through the body’s energy centres known as chakras. Mark the occasion of your 40th wedding anniversary by giving your wife the chance to embark on a chakra-balancing journey over seven days. She’ll feel recharged and renewed by a program that includes mindfulness, breathwork, and yoga. 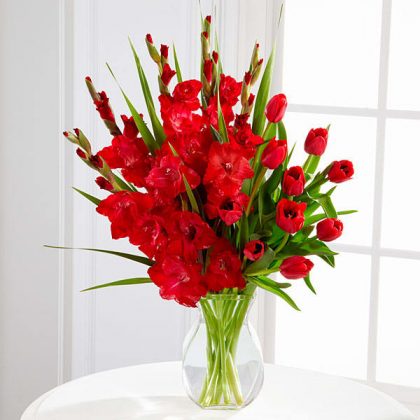 A wedding anniversary is one of those occasions that demands a big, beautiful bunch of flowers. Show her a bit of old-fashioned romance by having a bouquet from one of the best florists delivered. Be sure to ask for gladioli to be included in the bouquet – they are the 40th wedding anniversary flower, after all. 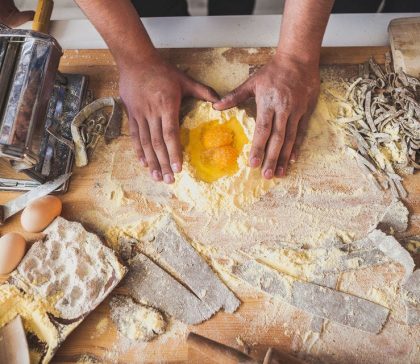 If her passion for food almost matches her passion for you, she’s sure to jump at the chance to participate in a weekend full-day cookery course at a renowned venue to celebrate 40 years of marriage. Your wife will learn new techniques, hints, tips, and much more at the Raymond Blanc Cookery School. The school is located at the Michelin-starred Belmond Le Manoir aux Quat’Saisons, Oxfordshire.

5 Year Anniversary Gift Ideas for Him, Her & Couples in 2022

Tower of London Tour And Lunch 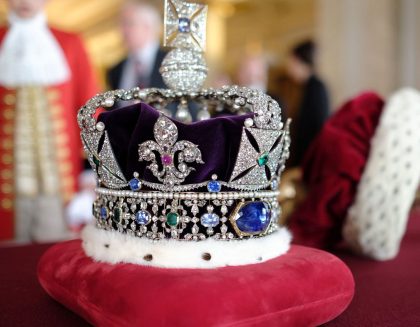 Rubies have been associated with royalty and nobility for millennia. Let your parents celebrate their 40th anniversary with a tour of the Tower of London, where they’ll get to see the ruby-rich Crown Jewels. After marvelling at the unbelievable opulence on display, you can enjoy a stellar riverside lunch together at Le Pont de la Tour. What better way to feel like royalty on their special day?

Afternoon Tea At The Shard 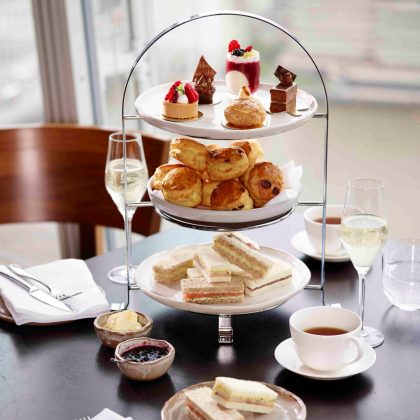 London’s famous Shard is the tallest building in Western Europe, and it offers unrivalled views of the UK capital. Your parents can take in that view over an indulgent afternoon tea at The Shard’s Oblix East. Such an extra special occasion calls for a glass of champagne, which they can enjoy while tucking into duck egg and truffle mayonnaise sandwiches and freshly baked scones. It’ll be an afternoon to remember as they celebrate 40 years of marriage. 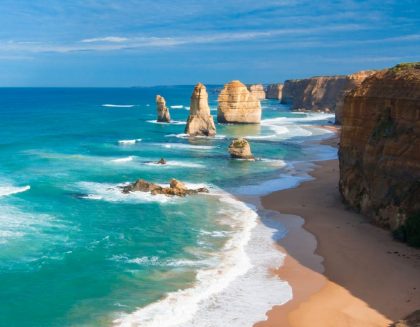 Australia is one of the countries in which rubies are mined. Why not treat your parents to a second honeymoon with a difference? We’re not suggesting that they explore dusty mines, of course. Rather, we recommend a driving adventure along the world-famous Great Ocean Road. Their route will take you past incredible views, amazing beaches, fantastic vineyards, top restaurants, and more.

Celebrate 4 decades together in real style. These are the best 40th wedding anniversary gifts that will remind your partner of all the good times you shared – and those to come too!