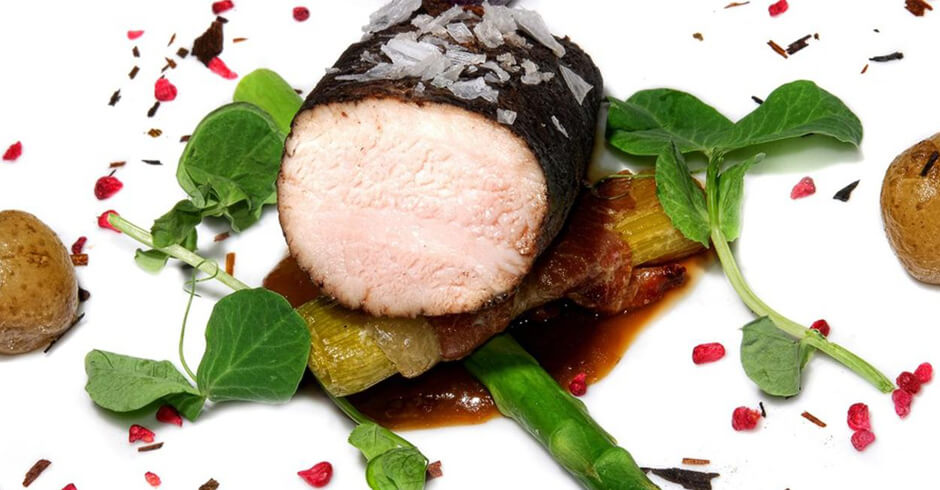 When the annual countdown of the World’s 50 Best Restaurants was announced this year, the bulk of speculation revolved around Noma. Its three year reign at the top had been curtailed a year earlier, when Girona’s El Celler de Can Roca dethroned the Copenhagen restaurant.

The fall from the top spot had a profound effect upon chef-patron Rene Redzepi and his team, coming in the midst of a turbulent time for the restaurant. Encountering an outbreak of norovirus in February 2013, controlled quickly and efficiently but leapt upon by a joyous media, the fall from number one came just two months later. This, in turn, was followed by the departure of the head chef and a number of sous-chefs, eager to work on their own projects.

It seemed like the end of an era. Yet for those who dined at Noma in the wake of this, the reaction was something quite spectacular. David Chang, the man behind the Momofuko restaurants in New York, Sydney and Toronto, described his experiences after eating there in August. “I knew right then that they were going to get number one again. You could taste the anger.”

One of the world’s most influential people, according to Time magazine, Redzepi is a gastronomy phenomenon. His zealous passion for everything Danish drove the success of Noma and Redzepi continues to spread the Nordic message worldwide, juggling running the world’s best restaurant with TV appearances, writing books and exploration of new Nordic foods.

Refreshingly, unlike the stereotypical chef, Redzepi is cool, calm and methodical. His books display an integrity. In his journal, he reflects that, with the success of Noma in the World’s 50 Best Restaurants list, they had become so scared of losing the attention and acclaim that they were afraid to reinvigorate.

In Redzepi’s words, “We were too worried about what people expected of the so-called ‘world’s best restaurant,’ rather than focusing on what we expected of ourselves. We had stopped following our natural instincts and trusting that our memories are valuable enough to shape our daily lives at the restaurant.”

The mantra of local and seasonal goods is prevalent across many of the finest restaurants. But Redzepi has taken this on as a philosophy by which to live and die. All the food comes from either the soil or sea, within the locality.

According to Redzepi, this is not simply more natural and authentic but it also enriches the soul. The chefs do all their own curing, smoking and pickling and are constantly seeking to find new techniques to combine and prepare ingredients in innovative ways.

Redzepi explains the commitment to local produce as a fitting relation to the sense of time and place. “Instead of thinking about what we would have done at El Bulli or Kong Hans, I began to listen more to myself and ask what I would like if I came to Noma as a guest,” he told The Independent.

The conclusion of this soul searching was to provide local produce that is at its freshest. For this chef, there is a steady decline in quality from the moment something is plucked from the vine or soil. That means a strict adherence to sourcing locally. “We use an apple farm that is an hour-and-half drive from the restaurant,” he admits ashamedly, touching on the absolute limits of importing produce.

The local, natural ingredients are mostly gathered through foraging. Redzepi can recall first foraging when he was a boy in his father’s native Macedonia. Searching for all kinds of berries with his dad, a love grew. Today, he and his team experiment with all manner of berries: gooseberries, blueberries, blackberries, any berry, in-season.

He has spoken of one of the key moments when he first foraged in Denmark, where he came across cabbages sprouting from rotting seaweed on a beach. Suddenly the culinary value held by the earth, the sand, the sea, the nutrients in the rotting process, was clear.

Now these values are imprinted on all the staff at Noma. When any new member of the team begins, they must first go “treasure hunting” in the woods. It would be difficult to see how the passion Redzepi holds for foraging could fail to rub off on his colleagues.

When he first set up Noma, he would spend nights reading. Not your average Scandinavian crime novel, however. Instead, he would flick through his collection of field guides and botany books. This fervour has led Noma to where it today stands. For the team at the restaurant, foraging is a way to experience the world through food.

There are no airs and graces at Noma. Located in a humble former warehouse by the Copenhagen canal, the restaurant’s dishes are natural, honest and visceral. The restaurant seats just 45 people, despite the thousands of reservations received each month.

Best Michelin Star Restaurants In Croatia You Must Try

Guests at the restaurant encounter the fragrant Nordic food through a tasting menu with 20 different dishes. It is a raw and emotional culinary journey with unusual, local, unextravagant ingredients that, combined, produce incomparable striking flavours. With each ‘snack’, the story builds, from redcurrant and lavender, to pickled and smoked quail egg, to sea urchin toast and cauliflower and pine.

Each dish that is served is presented extraordinarily, such as the renowned ‘Pear Tree!’ offering. The pear comes baked and decorated with tiny flowers, while the tree is an aerated pine parfait that melts sensationally in the mouth.

The brilliance of Noma will next year be taken to Japan, with Redzepi announcing that the entire team will relocate for a Noma pop-up in the Mandarin Oriental in Tokyo. Here, the same approaches will be taken with the finest local Japanese ingredients.