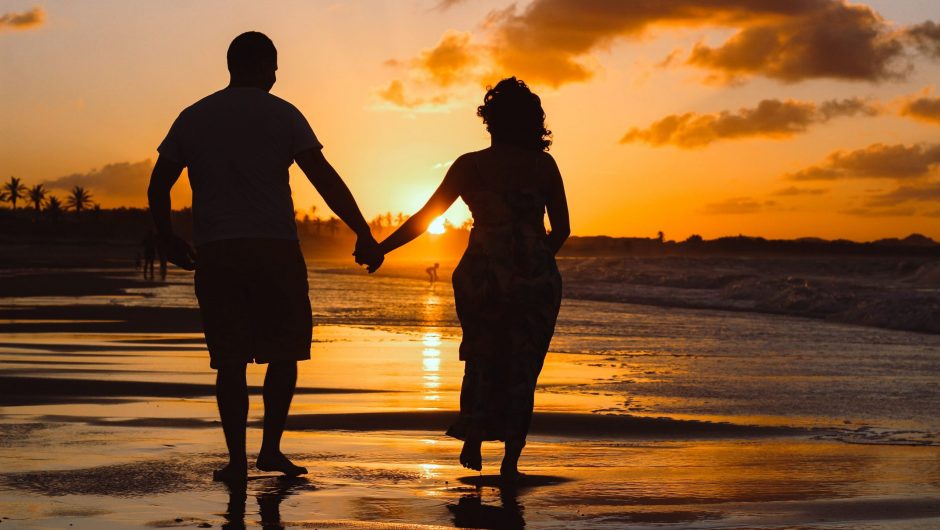 It takes patience, forgiveness, tenacity and love to get to the point where you celebrate their 35th wedding anniversary. If you’re wondering what sort of gifts would be worthy of such a special occasion, wonder no more!

We’ve curated an array of gifts ideas that are sure to raise any 35-year anniversary celebration to the next level.

What Is The Anniversary Gift For 35 Years Of Marriage? 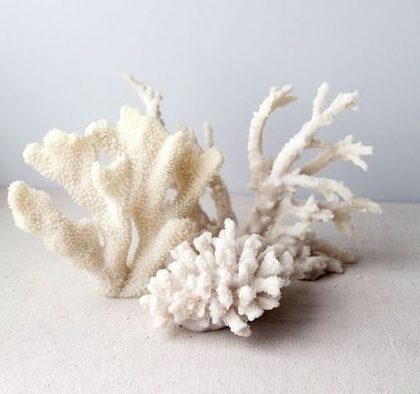 Gorgeous coral is the traditional gift for a 35th wedding anniversary, which is why the occasion is known as the Coral Anniversary. Also known as precious coral, the hard substance is the exoskeleton of a marine invertebrate. For thousands of years, people have believed that it contains mystical powers of healing and protection. Coral, like the bond of love celebrated on a 35-year anniversary, takes a long time to form. It’s a beautiful symbol for a special occasion.

The modern alternative to coral is jade. Associated with tranquillity and serenity, jade symbolizes the ancient Chinese five virtues of humanity, namely compassion, courage, justice, modesty, and wisdom. The stone is also believed to have the power to promote longevity. With all these positive attributes, it’s easy to see how jade became one of the modern gifts of the 35th anniversary.

Interestingly, the 35th wedding anniversary does not have a traditional or modern flower associated with it. Of course, that’s no reason not to spoil your partner with a bouquet of their favourite blooms. You could be an old-fashioned romantic and give her (or him) a bunch of roses or a bouquet of flowers in colours inspired by the pinks and reds of precious coral. Alternatively, use the Victorian era’s language of flowers to create a bouquet with a hidden message. 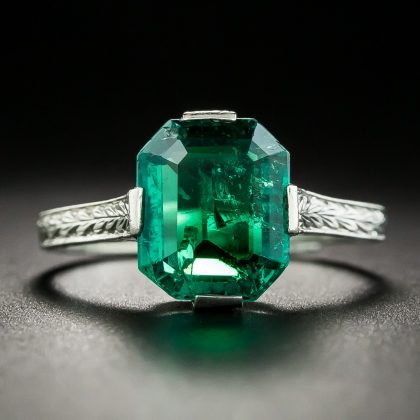 The gemstone given as a traditional gift on the 35-year anniversary has long been thought of as the mystic’s stone. Emeralds symbolise foresight, wisdom, fertility, peace, balance, reflection, healing, and a strong bond. This precious stone also has been associated with royalty for thousands of years, so it has a regal connection!

Remind him that he’s the one for you. Give him a 35th wedding anniversary gift that will wow him. 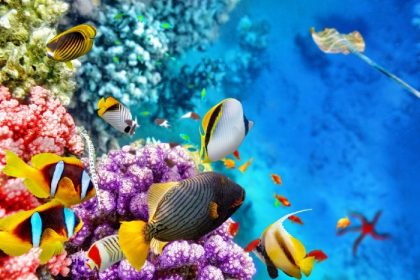 As the world’s largest coral reef system, Australia’s Great Barrier Reef makes for the ultimate holiday destination for your coral anniversary.  Home to over 600 types of colourful coral and abundant wildlife, he’ll tick off his bucket list item of diving side-by-side with manta rays, whales and turtles. This is one winning 35th anniversary gift that he’ll remember forever.

Also see  What is the Traditional 9th Wedding Anniversary Gift? 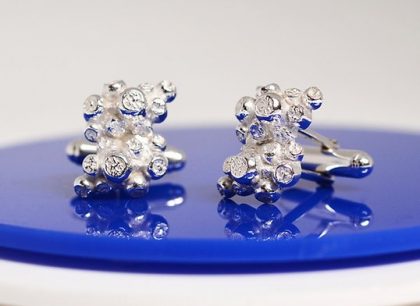 For a stylish take on the traditional gift of coral, consider getting these incredible handmade coral-inspired silver cufflinks from Sonja Bessant Jewellery. Their unique shape will add an undeniable touch of interest to his look. What’s more, he’ll remember his 35-year anniversary every time he wears them. 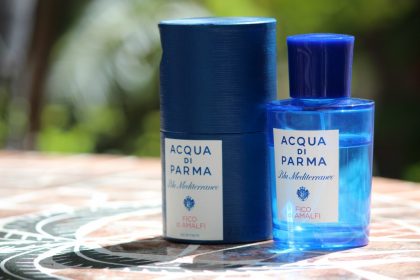 The oceans from which coral is sourced have fascinated human beings for millennia. If you would rather not give him coral as a wedding anniversary gift, why not put a sea-inspired fragrance into his gift box instead? Try Jo Acqua Di Parma’s Blu Mediterraneo Fico di Amalfi to bring the notes of Mediterranean breeze into his daily routine. 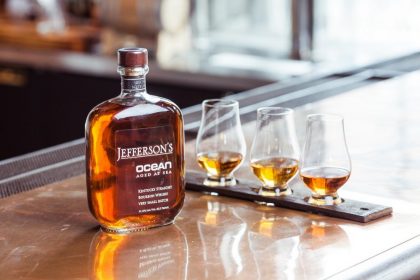 The ocean is the ideal environment for much more than coral, and we’re not talking about other types of marine life. Brewers, distillers, and winemakers have discovered that it also is ideal for ageing beer, whiskey, and wine. If you’re looking for gifts for whisky lovers for love a tipple, give him something to savour. Make your 35th wedding anniversary gift to him a bottle of ocean-aged bourbon whiskey such as Jefferson’s Ocean.

Private Sushi Masterclass with a Pro

If he’s a sushi fiend who has enough stuff, let his wedding anniversary gift be an experience he won’t forget. Surprise him with a hands-on class that will teach him the art of preparing sushi from a trained Japanese chef. He’ll learn everything from how to properly handle a sushi knife to rolling the perfect California rolls. Sushi dinner party anyone?

Celebrate 35 special years together with a special gift. Take your cue from our fabulous suggestions and mark this marital milestone in just the right way. 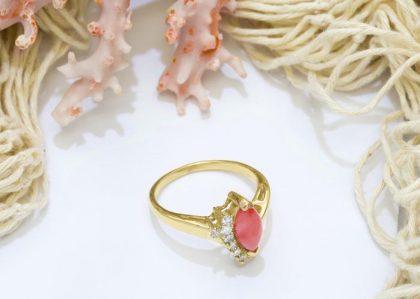 Whether used on a ring, necklace or as part of a pendant, coral is a stunning feature in women’s jewellery. Give her a traditional gift of coral jewellery on her 35th wedding anniversary, and watch her eyes light up when she unwraps it. We adore the pink coral ring with diamonds from Maui Divers Jewelry. 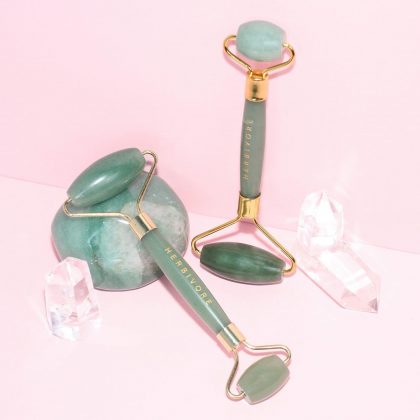 Help her achieve that golden glow with a jade facial roller. A staple beauty tool for a quick at-home facial massage, this de-puffing face roller helps to stimulate collagen production and tighten facial muscles for youthful radiance. Pair her facial massage tool with an indulgent spa day for some extra pampering on your 35th wedding anniversary.

Also see  The Ultimate Anniversary Gift from Aspinal of London 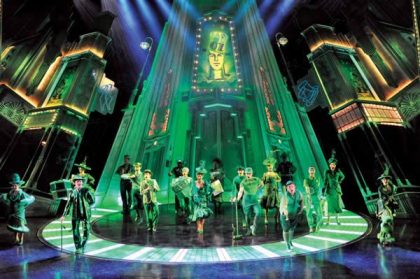 Put a new spin on the traditional gemstone by taking your cue from the Emerald City. If she’s a fan of the L. Frank Baum story, take her London’s West End to see The Wizard of Oz or the long-running spinoff musical, Wicked. After witnessing the musical extravaganza from the hottest seats in town, together you’ll sit down the culinary genius of Michelin star chefs at one of London’s finest restaurants. 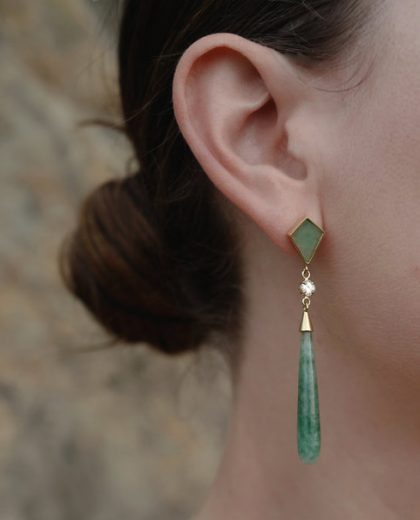 If you’re looking for a 35-year anniversary gift inspired by jade, give her some elegant jade jewellery she can cherish forever. We love these jade drop earrings with Asscher cut diamonds and jadeite set in 18k yellow gold. What really sets them apart is that they’re originally cut from rough in the 1950s, making them as unique as the woman wearing them. 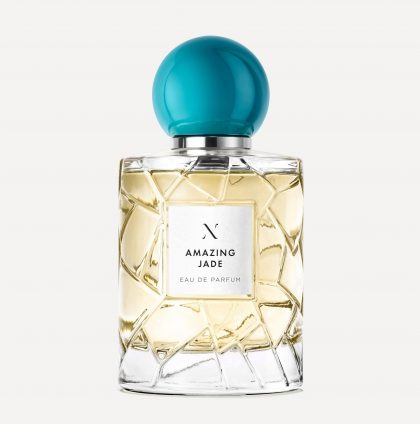 Who doesn’t love receiving an elegant bottle of perfume for a special occasion? This particular scent from Les Sœurs de Noé is warm and spicy – perfect for the woman who’s looking for something more full-bodied than floral fragrances. The fact that it’s named after the modern 35th anniversary gift makes it all the more perfect for someone you love.

If Mum and Dad are celebrating their 35th year of marriage, give them something they’ll both enjoy doing together. Whether it’s a trip abroad or an activity closer to home, it’ll be a wonderful change from the same old same old.

An Evening of Sushi & Japanese Whisky 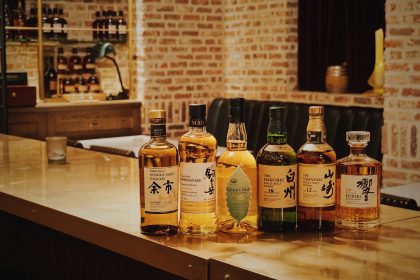 Getting out of your comfort zone can be a great experience, especially when you have someone to share it with. Sure, an anniversary dinner is always romantic, but why not give it a bit of a twist? Pick up on the marine coral theme them with a sushi and whisky tasting flight at a high-end restaurant. Premium Japanese whisky paired with fresh sushi and sashimi will make for an unforgettable evening of reminiscing on the years gone by. 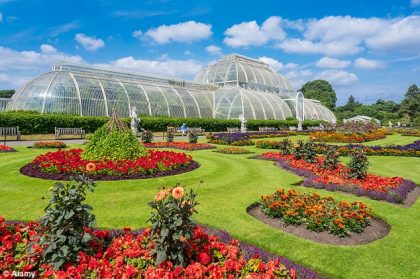 Let your parents spend time making memories with the person they made their wedding vows 35 years ago. The lack of a specific 35th anniversary flower is the perfect excuse for them to appreciate all plant life on show at their local botanical garden. Home to the largest global collection of living plants, they’ll love spending a day at London’s Kew Gardens, one of the city’s most naturally beautiful sites. Top it off with a glass of celebratory champagne at a Michelin star restaurant and you’re bound to be the favourite child for this gift! 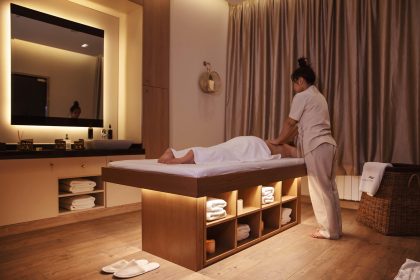 Give your folks the gift of some shared ‘me-time’ and a few indulgent treatments at a luxurious spa in celebration of your 35-year anniversary. They’ll appreciate an opportunity to be pampered. Whether the experience is as simple as an aromatherapy facial, as dramatic as a gold-and-pearl facemask, or as unique as marine-inspired treatments, it’ll be a gift that shows you care.

Breakfast on The Great Wall of China 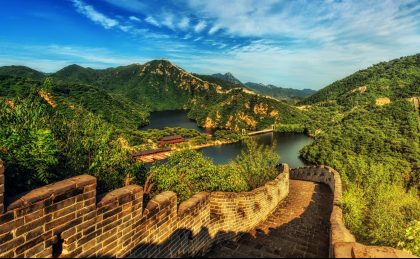 Jade is prized in Chinese culture not just for its beauty, but also for its historical significance in ancient stories and associations with the country’s most famous rulers and philosophers. For an unforgettable anniversary holiday, let your parents travel back in time with a visit to The Great Wall of China. They’ll watch the sun rise over the green terraces as they enjoy a private romantic breakfast on one of the New Seven Wonders of the World. 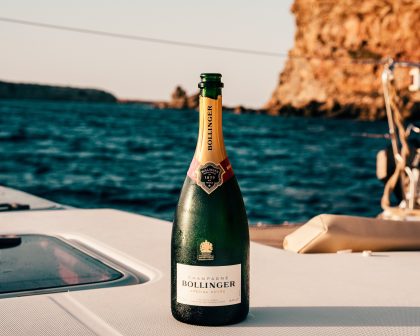 Spend your coral anniversary together at the seaside. Consider heading to one of the UK’s charming holiday towns, soaking up the sun on the Riviera, or spending a few luxurious days aboard a yacht in Ibiza. You can relax, enjoy the scenery and talk about your years together in a sublime sunny setting.

Whatever your choice of gift, if you pick any one of these options it will be a wedding anniversary unlike any other.