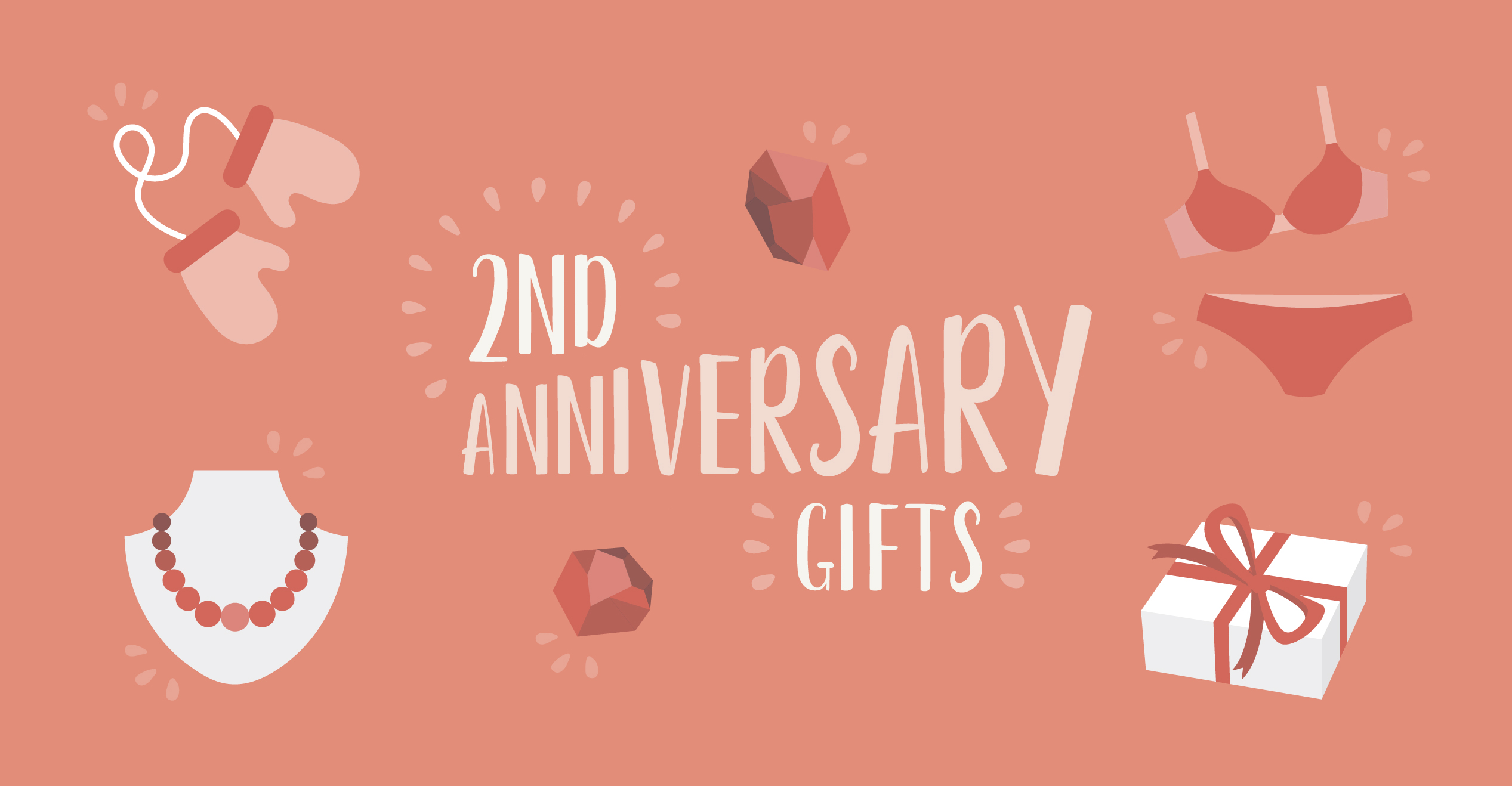 What is the Theme for a 2nd Anniversary?

The traditional second anniversary gift is cotton. Depending on who you ask, you may come across different ideas of what cotton symbolises. Generally, the belief is that it signifies the comfort and strength you’ve developed as a couple by your second wedding anniversary.

Cotton is a versatile material which means its meaning is also versatile and open to interpretation. As a second anniversary gift, cotton is a practical gift that can be creatively incorporated into a variety of gift ideas.

Long ago, wives were gifted yards of cotton for their second wedding anniversary because it allowed them to make clothing for their whole family. Of course, this was in times before the shopping mall or eBay.

After the invention of the Spinning Jenny in 1764 and the subsequent Industrial Revolution, the cost of cotton came down and slowly, buying ready-made clothes and bedding became the norm. In more recent years, the traditional second anniversary gift shifted to fine china.

The rise in availability of china and the fact that it could be transported safely (not on a wagon) meant that china became the new traditional symbolic gift. China is both delicate and resilient which is what drew many people to its ability to acknowledge the strength and frailty of a new marriage.

Flower – Cosmos & Lily of the Valley 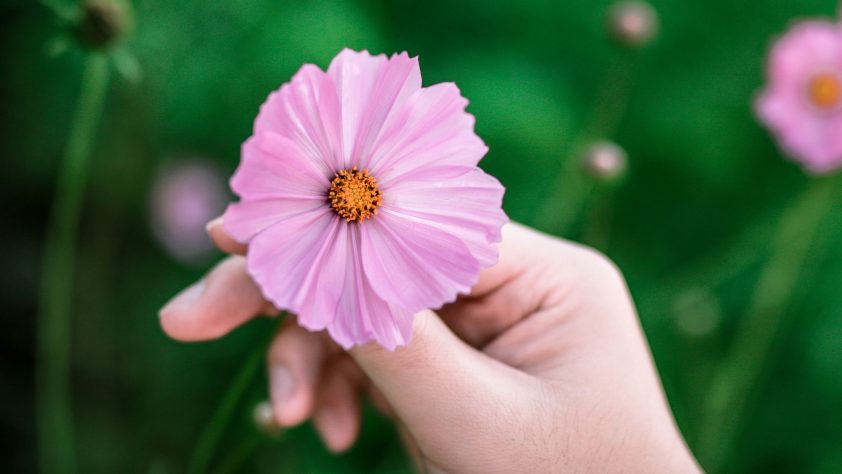 Because everybody likes a bit of tradition, we’ve put together a list of the most exciting and unique second anniversary experiences to share with your partner. And guess what? They all involve cotton in some way.

Keep your marriage on the right track with a symbolic anniversary gift that will knock their cotton socks off!

Create clouds of ‘cotton’ in a molecular cocktail masterclass 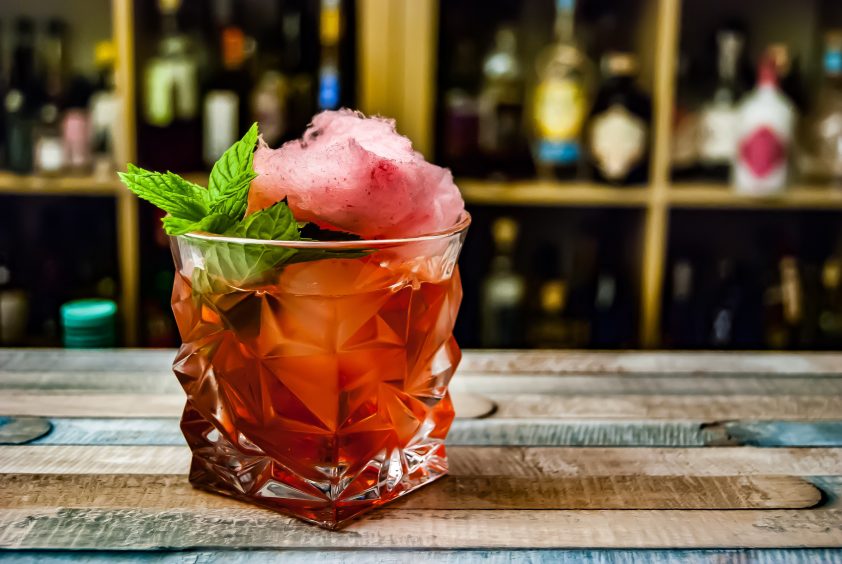 When you think of cotton, you probably think of cotton bedding, cotton clothing or anything actually made of cotton. But it’s time to think outside of the cotton fields. Treat your loved one to a unique second anniversary gift with an evening of foams, fogs and dreamy aromas in a molecular cocktail masterclass. As something fun to do together on your second anniversary, the two of you can come up with your own crafty cocktails with a cotton-candy twist. Sweet fairy floss, boozy fun and each other’s company mean you’ll be on

Cloud 9 by the time you taste your creations. 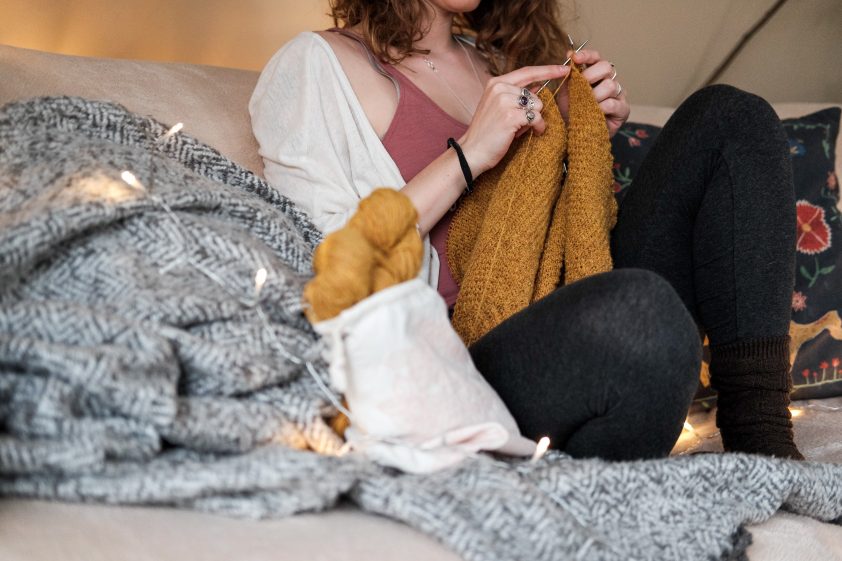 Sometimes an anniversary gift from the heart is all that’s needed to show how much you love your other half. Handmade gifts can carry that extra bit of sentimental value – after all you’ve spent weeks trying to master the art of knitting, and that’s taken a lot of blood, sweat and tears dealing with dreaded dropped stitches. For something cute for your second anniversary gift, cotton and one-ok-a-kind, knit your better half anything made of cotton – it can be a scarf, a beanie, or if you’re really feeling adventurous, a jumper with your initials on it. They’ll love anything you make them because it’s made by you. Not sure how to knit? No sweat – it’s never too late to learn.

Does your sweetheart have a sweet tooth? Embark on a specially constructed sweet tour of the iconic streets of Chelsea and Belgravia in London. Adorned with cute candy shops and bakeries at every turn, you’ll go on a hot chocolate sipping, confectionary munching experience of a lifetime. It simply doesn’t get sweeter than that.

Have a cotton-themed date night in 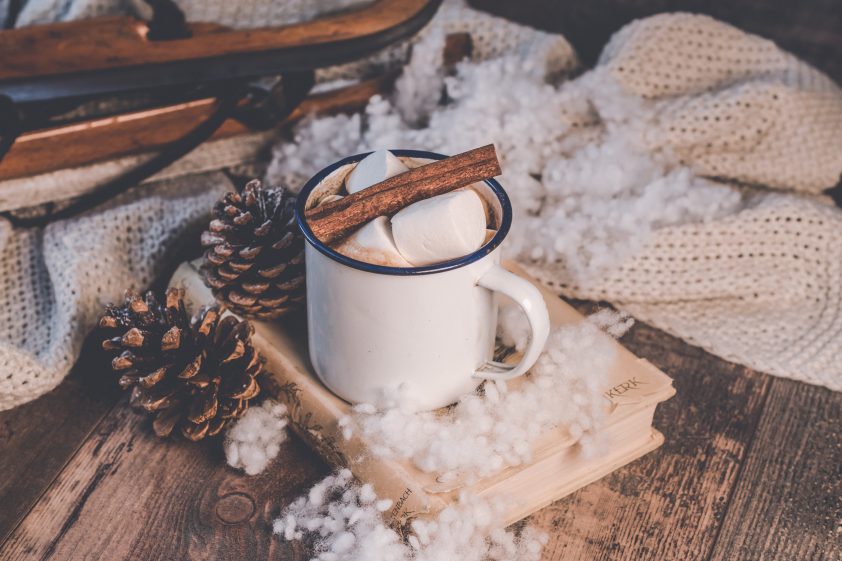 Don’t feel like going out for your second anniversary? That’s ok; sometimes doing something intimate in the comfort of your own home is all that both of you really want. If that’s the case, there’s no excuse not to make your night in a little extra special. Yes, I’m talking about going all-out cotton! Snuggle up on the couch under a soft cotton blanket, hot chocolate with marshmallows and of course, cotton candy. As for the movie? I highly recommend The Cotton Club, a period piece starring Richard Gere. 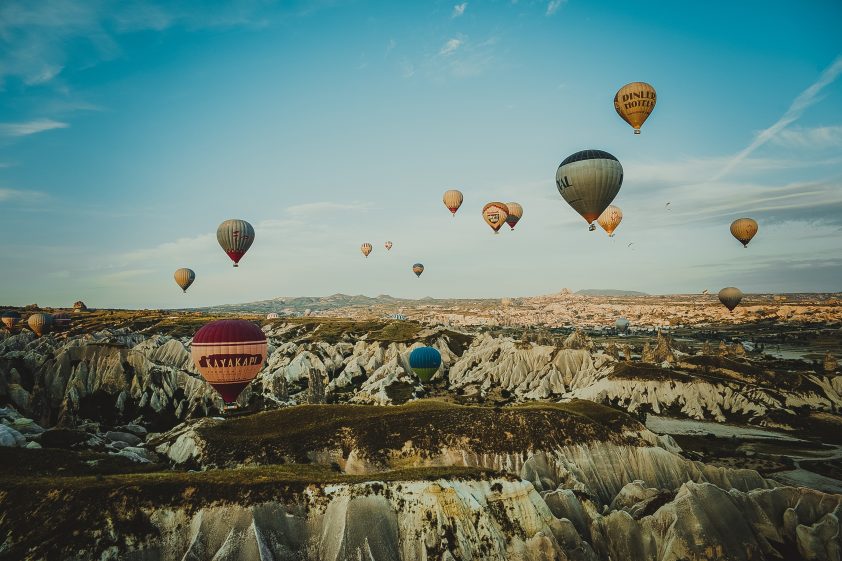 You know that iconic Instagram pic of couples enjoying breakfast with a backdrop of hot air balloons over a rugged landscape? Well, that could (and should) be you! Without a doubt, the most exhilarating way to celebrate two years of marriage is in the clouds overlooking the magical landscape of Capadoccia. In addition to that romantic hot air balloon ride, you’ll spend four nights in the world’s only living museum, eat breakfast on a panoramic terrace, and discover the wonders of Capadoccia on an expert-led tour. It’s the ultimate romantic gift for couples and a bucket-list experience you’ll both share but never forget.

Relax in luxurious cotton robes with a couple’s pamper day

Picture this – you’ve just had a couple’s massage and now you’re relaxing together in an aromatherapy whirlpool jacuzzi while sipping on Champagne. You get out and step straight into the fluffiest, softest white cotton robe to nibble on your fruit platter. A simply blissful way to spend a day with bae. For full indulgence, opt for a full spa day to enjoy all-day access to a pool, sauna, steam room and other spa facilities. Wedding anniversaries simply don’t get better than this.

Slumber in luxurious cotton sheets on a weekend getaway 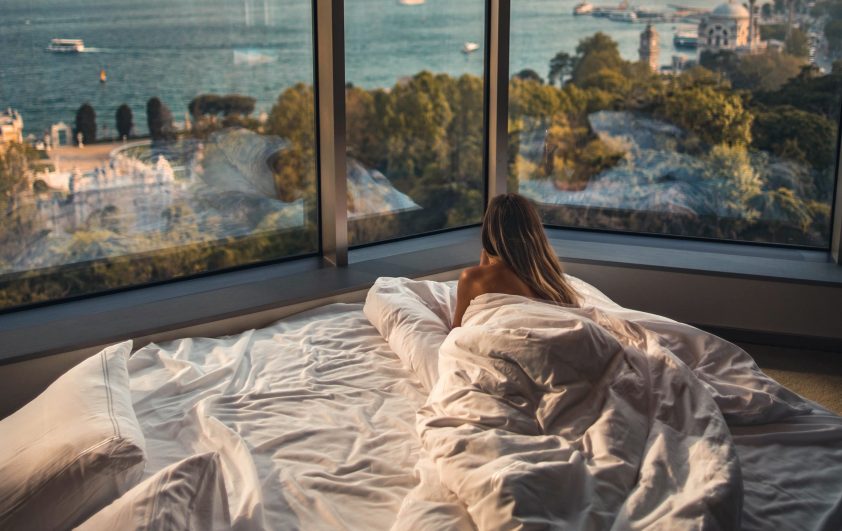 If luxury is what you’re after, then you can’t go wrong with a decadent weekend getaway with your spouse for a second wedding anniversary gift. And where better in the UK than the picturesque Cornwall on England’s rugged southwestern tip. Along with an overnight stay at the sumptuous St Edmunds in Padstow, you’ll be treated to a glorious three-course dinner and wine at Rick Stein’s flagship restaurant. You’ll also get a foodie hamper and cookery book to take home so that you can attempt to recreate this magical rendezvous at home.

Cotton artefacts at the British Museum

There’s something super romantic and charming about exploring a museum together. And the British Museum must be one of the most beautiful museums in the world. Surrounded by incredibly rare artefacts, you’ll be taken on an expert-lead tour where you can ask all your burning historical questions before clinking glasses at a wine tasting at Montague on the Gardens Hotel. But how exactly is this a cotton anniversary gift? The British Museum is home to an staggering number of cotton treasures, including a portrait of Sir Robert Cotton. Your partner can’t say you’re not creative!

Picnic on a cotton picnic blanket 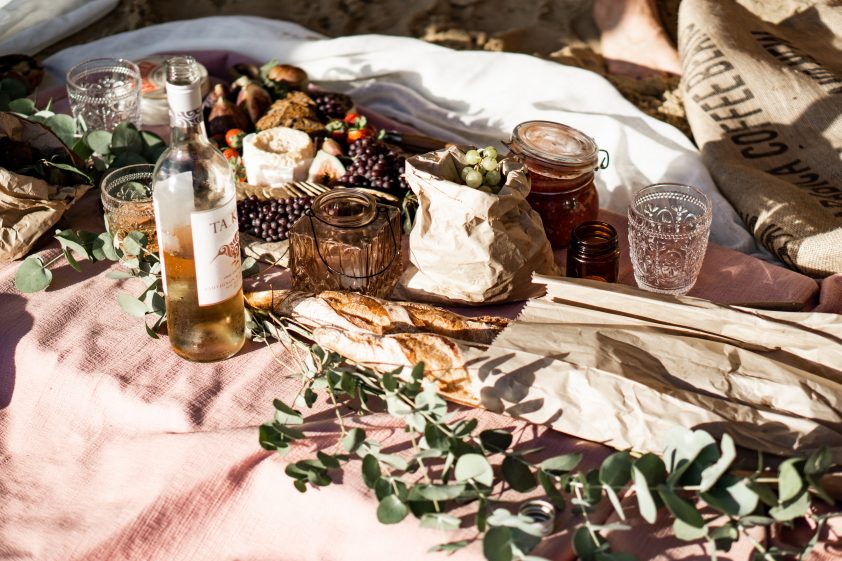 For something classically romantic to celebrate two years together, surprise your loved one with an extravagant picnic on a beautiful cotton picnic blanket. Pack a basket of cheese, grapes, fine wine, fresh bread and other yummy finger foods to indulge in. If that doesn’t have quite enough sophistication for you, you could always take your picnic to a whole new level – I’m talking Michelin star level. Hosted by Michelin-starred chef, Adam Smith, this deluxe champagne picnic is unlike any picnic you’ve ever experienced. You’ll be treated to immaculate picnic blankets, flower wreaths, bottles of Veuve Cliquot and country-style tables laden with exquisite canapes. What could be more sophisticated than that?

Don a cotton apron in a cooking class

If your other half is passionate about cooking or if they need a little help in the kitchen, then this is a pretty good gift idea. It’s a rare chance to learn from one of the best cookery schools in the country. Get this – it’s the only one of its kind to share the site of a Michelin two-starred restaurant. You’ll both win from the enhanced skills gained plus you’ll have heaps of fun getting competitive in the kitchen. Like they say, if you can’t handle the heat…

What is the 45th Wedding Anniversary Gift? Traditional Gift Ideas

Shop for lush cotton clothing with a private shopping day 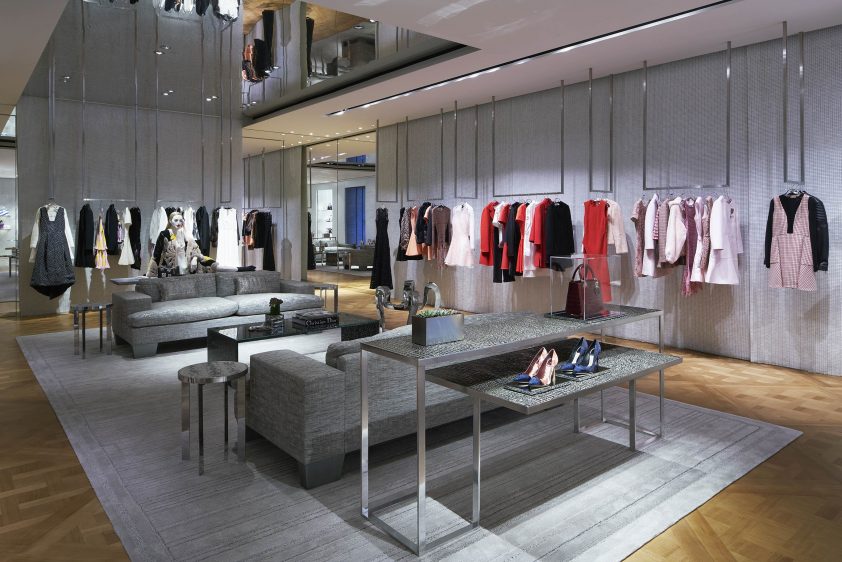 Clothing is always a go-to gift, but it doesn’t exactly stand out. In fact, clothes like jumpers, tops, underwear and pyjamas make it onto the list of top ten most returned Christmas gifts. So instead of buying them something they’re going to end of returning, let them choose their own piece of fashion with an exclusive shopping experience. Whether it’s a luxurious cashmere scarf or a stylish new watch, they’ll love having the chance to pick a gift they’ve dreamed of.

Plus it’s not every day that you get to have a private shopping day with your very own stylist. This is the ideal anniversary gift because your partner will continue to enjoy it long after their experience ends. Armed with valuable knowledge about trends and shopping secrets only stylists know, they’ll flaunt their immaculate outfits for years to come.

These days, we have to be extra mindful about waste and excess. Instead of randomly choosing a corny present that’s likely to end up in the landfill, it makes sense to give your partner the gift of memories. Most of us know that the honeymoon stage doesn’t last forever which is another reason to ignite your relationship’s spark with a shared romantic experience.

If you have second anniversary gift ideas that seems totally outrageous to you, we’d love to hear it! We’re all about making dreams come true, especially on those special occasions.