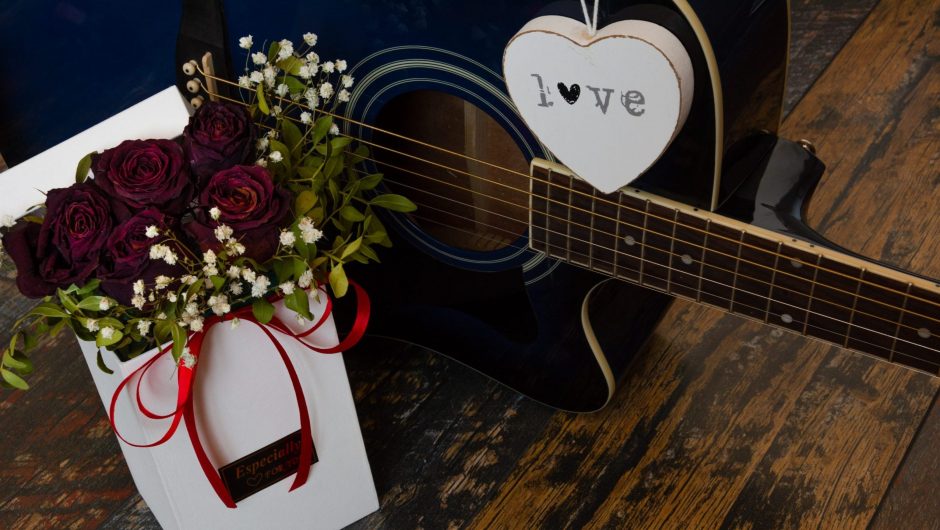 When you celebrate your 21st wedding anniversary, you know that your relationship has come of age, so to speak. It’s a special occasion, and it deserves to be celebrated lavishly.

We’ve put together a few 21st wedding anniversary gift ideas for husbands, wives, and couples, so you can find the perfect way to surprise your partner.

What Is The 21st Wedding Anniversary Gift?

Traditionally, the 21-year wedding anniversary was not regarded as a major milestone. That view means there aren’t traditional wedding anniversary gifts associated with the occasion. However, to make up for that, modern couples have started a new tradition of giving one another gifts of brass. 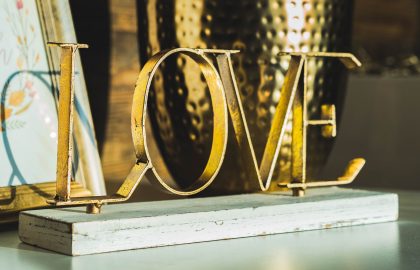 The symbolism of brass makes it a beautiful gift for a 21st wedding anniversary. In ancient times, the metal was believed to have the power to purify negative energy. Its colour and shine when polished gives it solar associations. As such, it symbolises clarity, life, growth, warmth, blessing, abundance, and joy.

The colour orange has been associated with the 21st anniversary in recent times. Like the metal brass, it represents life and warmth, as well as vibrant energy.

The beautiful blue stone known as iolite is the gem assigned to the 21st wedding anniversary. Also known as “water sapphire” The stone symbolises clarity of vision, intuition, and spirituality. 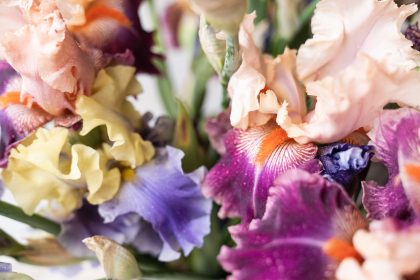 The iris is the flower that is associated with the 21-year wedding anniversary. The flower has been adored by artists, perfumers, lovers, homemakers, and gardeners for centuries, but it’s not just the beauty of the iris that makes it a fitting gift for the occasion. In the Victorian language of flowers, irises symbolise admiration, courage, faith, hope, and wisdom – all qualities found in a healthy relationship.

Wedding Anniversary Gifts For Him

You’ve spent 21 magical years together. You’ve had ups and downs, but here you are, celebrating a special occasion. Find luxurious 21st wedding anniversary gift ideas for him with us. 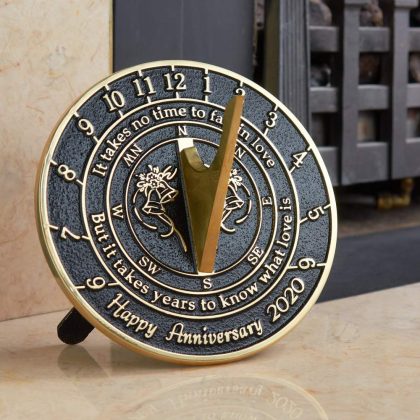 Watches are a go-to anniversary gift for many couples, especially when it comes to gifts for him. Put a new spin on that by giving him a gorgeous brass sundial. He can install it in your garden as a monument to a beautiful love. Take a look at the Metal Foundry’s sundials – they have a few models created especially for wedding anniversaries. 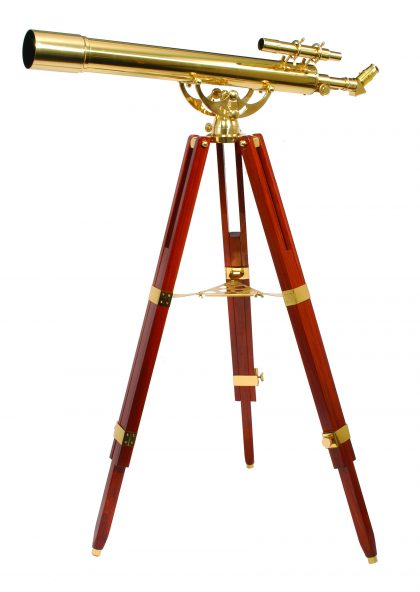 An old-fashioned brass telescope never fails to draw a gasp of awe. The bygone elegance of a telescope made of hand-polished brass on a mahogany tripod will make a gorgeous gift on his brass wedding anniversary. It will look perfect in his private study, in the conservatory, or on the balcony. We love this model from Harrison Telescopes.

19th Anniversary Gift Ideas For Your Husband, Wife or Couples 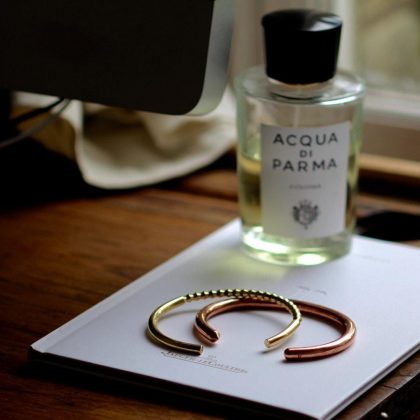 The understandable appreciation of platinum, gold, and silver means that brass sometimes flies under the radar, at least when it comes to jewellery. This is a shame because it can be transformed into truly stunning pieces that are especially fitting for 21st wedding anniversaries. If you want to give him the gift of brass jewellery, look no further than this geometry-inspired, aerospace technology-informed Oscar bracelet from Alice Made This. 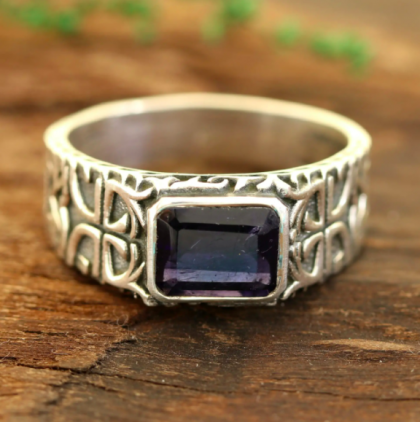 Iolite may not be used in jewellery very often, but when it is, the effect is quite something. Surprise him with the 21st wedding anniversary gem in wearable form. Iolite may have been the legendary ‘sunstone’ used by the Vikings for navigational purposes on cloudy days, and that possible association inspired this rustic men’s single-stone iolite ring. It’s made from sterling silver and set with a captivating faceted rectangle of iolite. 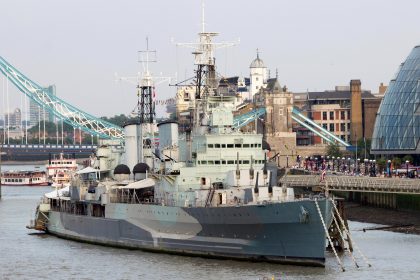 Brass was the metal of choice when it came to making navigational instruments and other equipment for ships. Let the metal’s naval associations inspire a 21st wedding anniversary gift idea for your husband. Treat him to a chance to explore the HMS Belfast and follow the experience up with an elegant lunch at Le Pont de la Tour on the riverside. 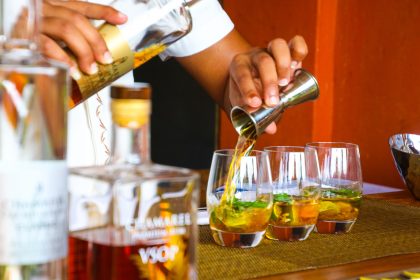 For naval associations of a completely different kind, treat your husband to an ultra-premium rum tasting at London’s Black Parrot. The tasting includes a masterclass that will increase his knowledge of the spirit that has long been associated with sailors and pirates. It’ll be anniversary drinks neither of you will forget. 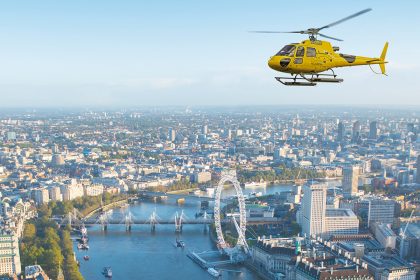 Spoil your husband on your 21-year anniversary with a sumptuous London getaway. Among the highlights you’ll both enjoy are fine dining at one of the Shard’s renowned restaurants and a private helicopter tour that will give you a completely new view of the capital.

21st Wedding Anniversary Gifts For Her

She has been the sunshine in your world for more than two glorious decades. Make her 21st wedding anniversary a magical one with these gorgeous gift ideas. 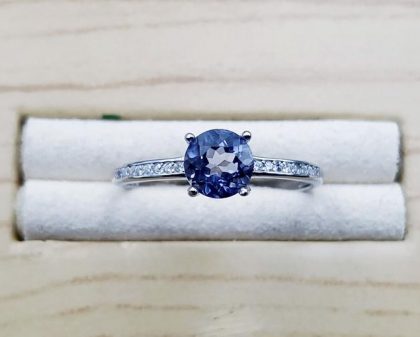 An iolite ring is a fabulous gift for your wife on your 21st wedding anniversary. It will remind her of your love for her whenever she wears it, and it will remind her of some of the qualities that have made your marriage a successful one. We love this dazzling iolite natural ring in sterling silver. 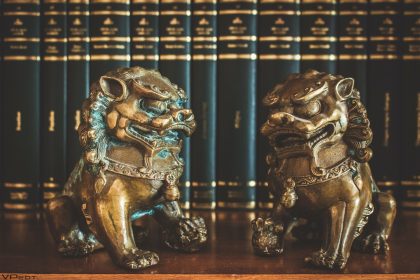 Let your 21st wedding anniversary gift be one that beautifies her space. If she loves antiques and vintage objects d’art, spoil her with an antique brass ornament. An even better idea than purchasing something for her would be to visit some of London’s best antique shops and let her choose something she loves.

The Fragrance Of Iris 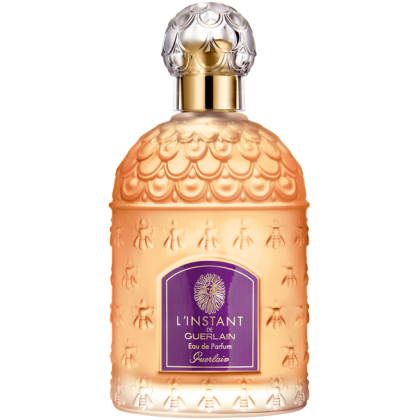 Iris has been one of the most highly prized fragrances in the perfumer’s palette. The note is floral, powdery, and woody, and it is showcased in a few exquisite perfumes. If you’re looking for fragrant 21st wedding anniversary gift ideas, we recommend Guerlain’s L’Instant de Guerlain and Prada’s Infusion d’Iris. 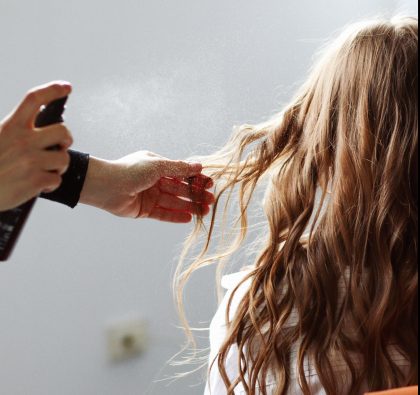 Spoil her with a visit to one of London’s top hairdressers for her 21-year anniversary. After a haircut, Kerastase treatment, and blow dry, she’ll leave Michaeljohn feeling and looking like a million bucks.

A Wine Tasting Flight For Two 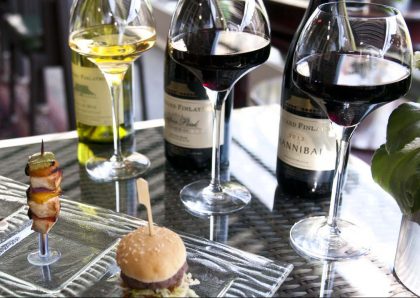 If your wife enjoys wine, treat her to a South African wine tasting flight at Montague On The Gardens. The flight includes award-winning wines from a boutique wine estate. Each of them will be paired with South African-inspired canapes for an authentic taste experience. What a way to spend an afternoon! 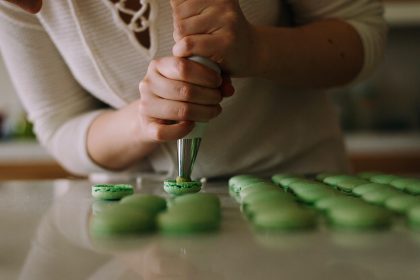 Married to a woman who loves to bake? Let your 21st wedding anniversary gift to her give her the chance to take her skills to the next level. She’ll be stunned to a receive a 6-month course that will turn her into a professional pâtissier. She’ll learn specialised skills from professionals, allowing her imagination to run wild. 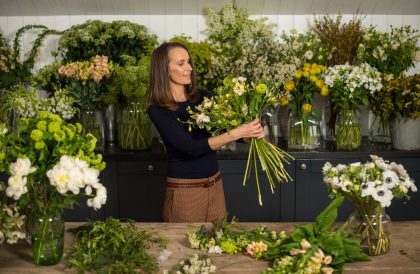 Some artists use paint or pastels to create their works of art; others use fresh flowers. If your wife cannot resist the beauty of blooms, a flower arranging masterclass makes a wonderful 21st wedding anniversary gift idea. She’ll get to learn the tricks of the trade from none other than florist Philippa Craddock, who created the floral displays for Harry and Meghan’s royal wedding. 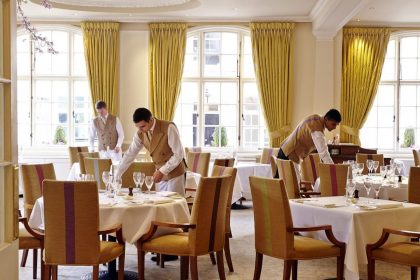 Spend quality time with her by taking her for a three-course meal at one of the Royal Family’s favourite restaurants. You can reminisce about the years leading up to that point over refined dishes created by executive chef Shay Cooper at the Goring Dining Room in Belgravia, London.

It’s not always easy to choose a wedding anniversary gift for parents. We’re here to help you with options that will spoil yours on their special occasion. 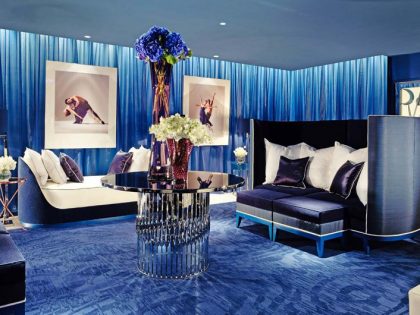 Your parents have done so much for you. Let your anniversary gift give them the chance to be pampered together in the gorgeous setting of a private suite at London’s Dorchester Spa. They can enjoy a variety of treatments that will make them feel 21 years younger.

Dinner And A Show 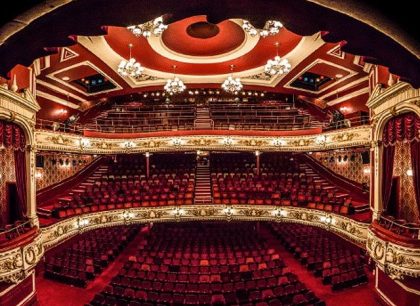 Dinner before or after a show at one of the West End’s theatres is a perfect way to spend an evening. Make that your 21st anniversary gift to your parents and let them enjoy date night on steroids. They can enjoy the show of their choice as well as a Michelin-starred meal at the iconic William’s Bar and Bistro. 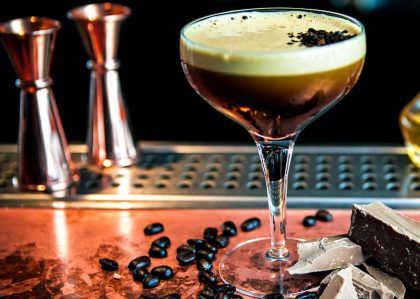 If both of your parents are foodies, we’ve got the perfect 21st wedding anniversary gift idea for them. Send them on a cocktail and chocolate-making masterclass at MyChocolate. They’ll have a fantastic time making various concoctions and confections with the guidance of professional chocolatiers. 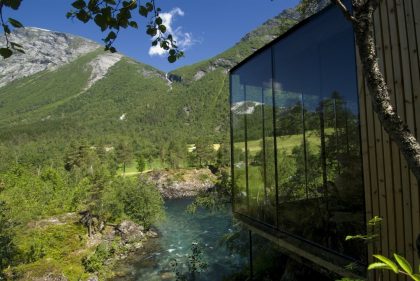 If you’re inspired by iolite’s possible Viking associations, consider sending your parents on a getaway to one of the countries associated with those proud explorers. Your parents are sure to love the chance to relax in the breath-taking surroundings of Hotel Juvet. Europe’s first landscape hotel is on a 16th-century farmstead surrounded by aspen, birch, and pine trees. When not exploring the forest, they can take in exquisite views from viewing areas on the side of the valley or enjoy delicious meals.

21 years of marriage is a real milestone! Marking the occasion with any one of these gifts will simply serve to make it all the more memorable.