Blog » Travel & Getaways » 2 Perfect Days: What to do in Amsterdam 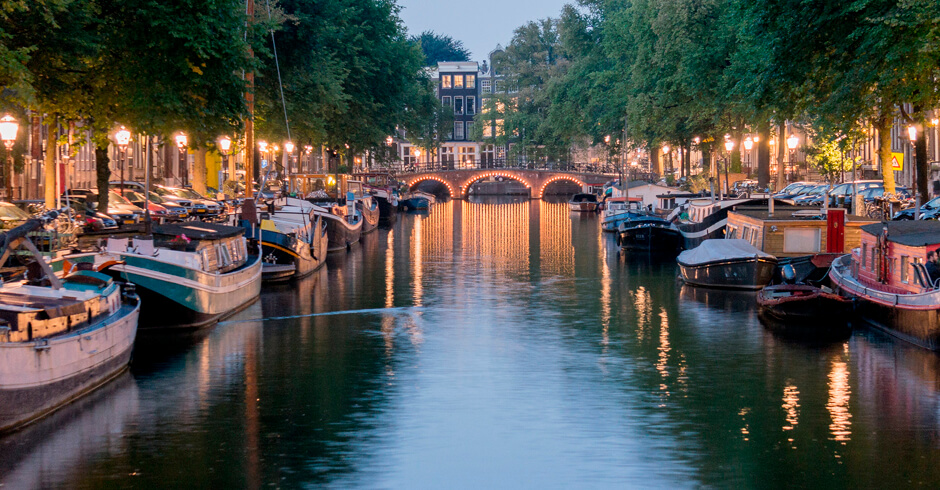 Your guide for what to do in Amsterdam, Holland over a two day itinerary.

Amsterdam – the city also known as the Venice of the North. With the obligatory activities such as canal cruises, visiting the Anne Frank Museum and nightly walks aside, we’ve looked a little deeper into what this beautiful city has to offer its visitors.

Freshly baked breads with a wide selection of spreads and a choice of some delicious cakes and pies makes De Bakkerswinkel one of the best places to break your fast. Its location – slap bang in the middle of Amsterdam – means that it’s a mere saunter to some of the city’s most popular attractions. Speaking of sauntering, it might be necessary to walk off a big breakfast with a wonder through Rembrandt Park. Though it’s located outside the historical areas of the city, the park affords peaceful surroundings in a quiet neighbourhood.

Lunch at Hanneke’s Boom is a good way to continue the day, particularly if you enjoy a good view in rustic surroundings. In the summer it’s at its best, with al fresco tables lining the banks of the Oosterdok. 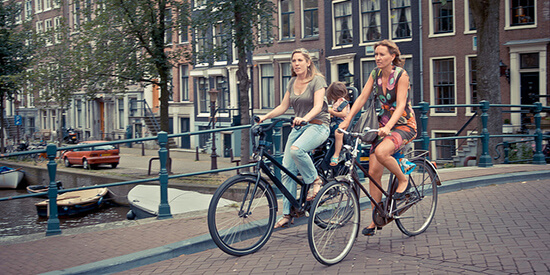 Then, while public transport is very affordable in Amsterdam, there are few things the Dutch do better than life on two wheels. Hiring a bicycle and riding along the banks of the 17th century canals is a liberating experience, and a good way to take in the entirety of the city at once. In fact, if you know your way, you’ll find Amsterdam so cosy that you can circumnavigate the city centre in a few hours.

Michelin star cuisine is no stranger to the people of Amsterdam. One restaurant with such status is Vermeer, headed by British chef Christopher Naylor. Naylor formerly operated under Albert Roux, and brings some sumptuous dishes to the table, including scallops with salmon eggs, and beef ribs with cranberry and red wine jus. After your dinner it might be a good idea to skip dessert in order to leave room for more of Amsterdam’s best. Winkel 43, a café famous for serving the best apple tart in Amsterdam, provides the ideal midnight treat – the café is open ’til 1am if you happen to still be exploring the river banks in the early hours.

If you’re never one to tire of Amsterdam’s maze of canals, then you might like to explore The Jordaan. Formerly an impoverished area, The Jordaan has experienced some gentrification of late, as it has become known as the residence for a good deal of the city’s most famous artists. Bijou art galleries, therefore, are rife, as are charming little cafés and restaurants.

According to the locals, it’s prohibited that you should leave Holland without at least sampling bitterballen. Once you have, it’s difficult not to agree. Bitterballen is the Dutch answer to tapas, and was traditionally a way of using up leftovers (in most cases deep-frying them) to create a tasty snack. Café Amsterdam serves up what is arguably the best (not to mention most luxurious) bitterballen in town, but give De Bitterballen Brigade a shot if you fancy something while on the move.

2 Perfect Days: What to do in Madrid 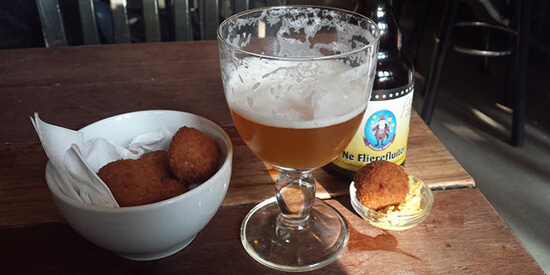 The German occupation of Holland in the 40s tore the country apart, quite literally, down the middle – young and freeminded men and women collaborated with the Nazis, while many of the same generation did their best to resist them. The Veretsmuseum provides fascinating insights into Amsterdam’s tussle with the Nazis, and includes an array of artefacts such as a pram used to smuggle weapons and hiking boots worn by a young Jewish woman during her escape over the Pyrenees.

Café Bern’s menu is the size of a postcard, but if you’ve come here, chances are it’s for one thing and one thing only – the exquisite fondue. A typical Swiss dish it may be, this cosy cafe serves up some exquisite cheese and beef fondues. As everyone else in Amsterdam has cottoned on to this, prebooking is advised. After such a hearty dinner, consider washing it down with some Dutch beer. Of course, Heineken is the national beer of Holland, but if you’d rather the real stuff, give Delirium Café a visit. The pub-cum-bar stocks a whooping 500 beers, with 20 of them on tap, making it one of the best selections of beer you’ll find anywhere on the planet. Despite our best advice, the most important tip we can give is to let the city streets guide you. There’s little adventure to be had when your itinerary is firmly set in stone, so the more wandering you can do, the better.Explore more experience sin Amsterdam

Europe, off the Beaten Path