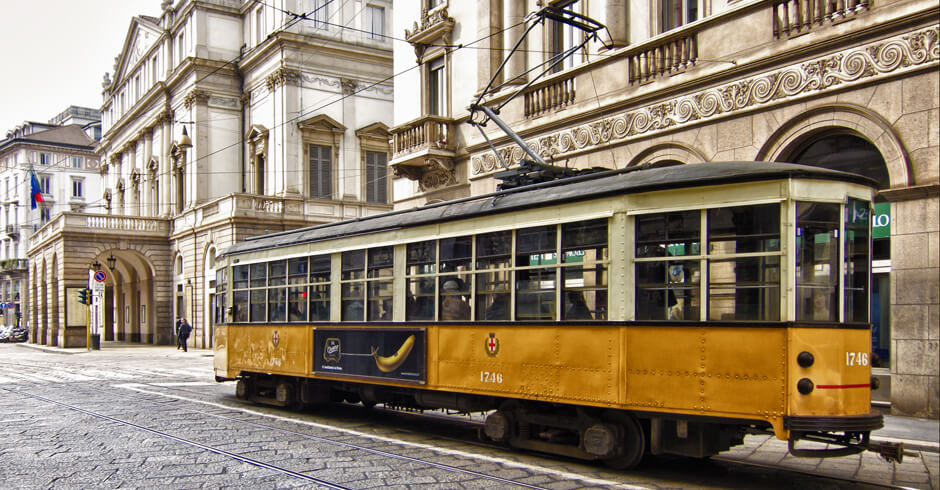 Your guide on how to spend 2 days in Milan, Italy.

Ah, Milan. The fashionista’s dream. As such, it goes without saying that the shops can resemble a free-for-all at the weekends, but if retail therapy is your thing, then we wouldn’t discourage it. However, if you’re not a shopaholic, then this is the guide for you.

Once you’ve done the rather obligatory climb up the

Duomoto take in what is by far the best view in the city, head for the trams that’ll take you towards the Convent of Santa Maria delle Grazie. You’re now outside the building that is home to the world’s most scrutinised paintintg, Leonardo da Vinci’s

Last Supper.But we haven’t come here for an evening meal. Quite the contrary in fact, because it’s the sort of place to have some breakfast, sip an espresso, and watch the world go by. 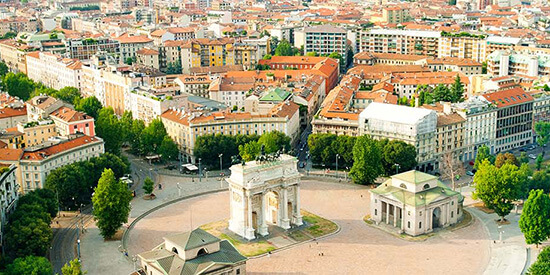 If you’re really set on witnessing da Vinci’s Last Supper, then by all means, but just beware the tickets are more difficult to get hold of than a particularly slippery bar of soap. Instead, marvel at one of da Vinci’s many other creations – the

Navigli. Walks down the canal are a must, while we recommend you visit during the late afternoon on a clear day to fully appreciate scenery more beautiful than what’s pictured in any one of da Vinci’s paintings.

Better still, boat tours operate down the Navigli, and are a welcome way to relax if you’ve been on your feet for a while.

2 Perfect Days: What to do in Florence

Now has come the time to sample some of the best pizza in the city. You’re in Italy, after all.

Pizzeria Spontiniis first on the list for most, though really you’re spoilt for choice. If Spontini is booked out, as it often is,

La Tavernamight be your second option, especially if you enjoy a menu with plenty to choose from (though some say the selection is overwhelming). 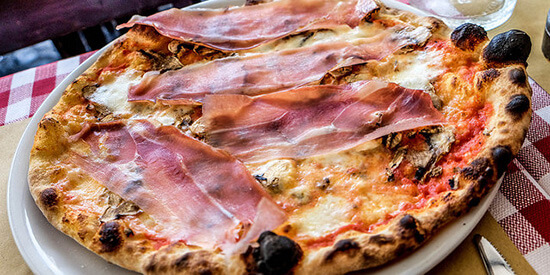 If pizza is not your thing, Milan has worked up a somewhat strange appetite for raw fish, so perhaps take some time out to visit one of the city’s many sushi bars.

Chances are you haven’t had your fill of Milan. Indeed, there’s so much more to see but, to a lot of people, it’s nice to digress from the beaten path a little bit.

Lake Comois a mere 45 minute train journey from Milan and, as many locals will say, is just as beautiful. The lake is the third largest in Italy, but what sets it apart from the rest is its luxury lakeside villas, the towering and snow-peaked Gringa Mountains in the distance, and the 14th century gothic Cathedral in the centre of Como city. 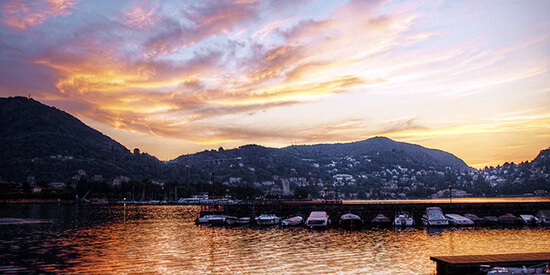 Milan’s favourite delicacies are a bit of a honeypot for the city;

panzerottiperhaps more so than any other. Think of them as Italy’s answer to the Cornish pasty – a flaky pastry crust containing, most commonly, tomato and mozzarella. There are few better ways to wash down panzerotti than with a pint of beer.

Birrificio Lambrateis by far the most famous, but if we were to recommend a very beer-orientated bar in Milan, it’d be the charming 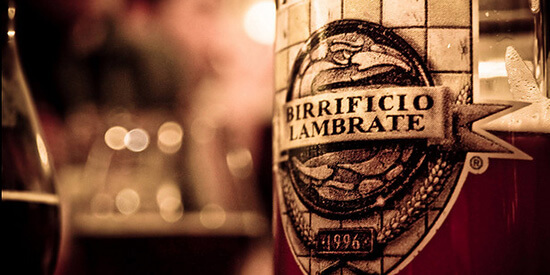 Milan’s trams are one of the most iconic parts of its history, let alone their convenience for getting around the city. Full marks, then, to the chap who decided it would be a good idea to serve dinner on them. Two trams from the 1920s have been converted into 24-seat mobile restaurants serving up traditional Milanese fare in a retro setting. What’s more, these trams provide a unique way to observe the city, as they’ll take you round the streets of Milan while you dine on your red turnip and bacon risotto.