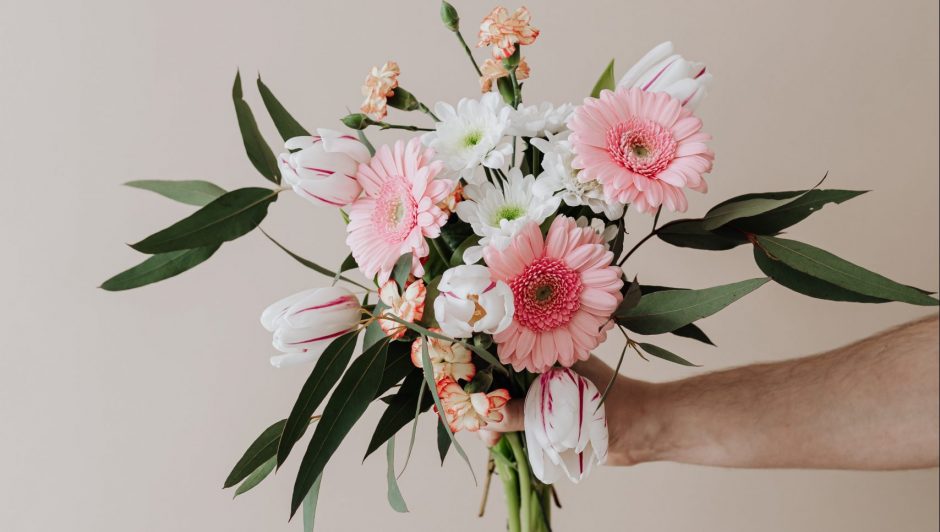 Just like an 18th birthday, an 18th wedding anniversary is a milestone of maturity. For many couples, the occasion marks the beginning of a transition into a new phase in their married lives.  We’ve curated elegant and exciting 18 year anniversary gift ideas for him, for her, and couples.

What Is The 18 Year Anniversary Gift? 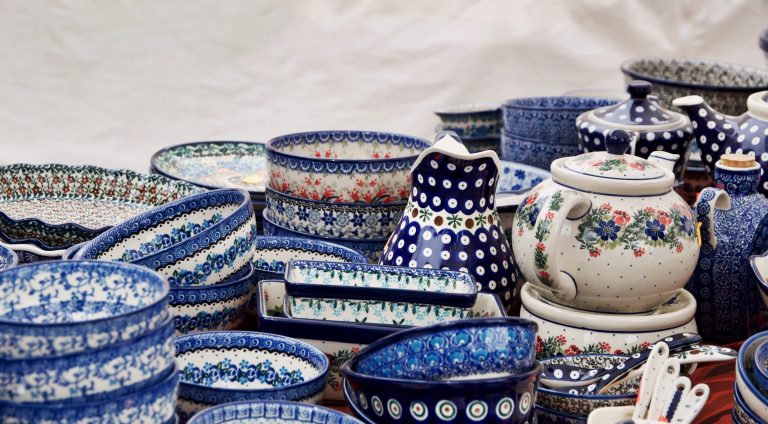 Porcelain is an elegant and durable material, perfect to symbolise 18 years of marriage. Your relationship is more refined than it was when you were first married. It may appear to be delicate at times, but you know that it’s stood the test of time and endured all life can throw at it.

Cat’s eye chrysoberyl is one of the few gemstones that, when polished and shaped as a cabochon, creates an appearance similar to light bouncing off the eye of a cat. Caused by microscopic structures within, the effect appears as a single ray of light passing across the stone, much like the pupil of a cat. The gemstone is associated with positive energy, optimism, generosity, kindness and creativity.

18th Anniversary Gifts For Him

Let the deeper meaning of your 18th wedding anniversary inspire your choice of gifts. Consider something that expresses deep love, something elegant, or that evokes optimism and playfulness.

A Bottle of 18-Year-Old Liquor 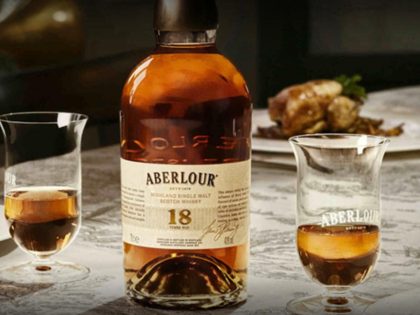 Surprise him with an alcoholic beverage that has been aged for 18 years on his 18th wedding anniversary. If he enjoys rum, he’ll be bowled over by Flor de Caña 18, which is produced at the foot of a volcano in Nicaragua. If he prefers whisky, opt for Aberlour highland single malt scotch. And if that doesn’t get him excited, pair the bottle of his favourite tipple with a premium whisky tasting experience. With this special anniversary gift, he’ll taste whisky even older than your marriage!

Day Of Pampering For Gents

Give him a chance to rest his body and refresh his mind with some pampering. Treat him to an old-fashioned wet shave and haircut at a gentleman’s barber, or a men’s spa package including a massage, a facial, and a foot treatment. It will be a great way to get him ready for the rest of your 18-year anniversary celebrations. 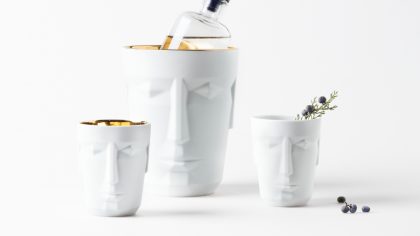 Thanks to skilled designers, porcelain doesn’t have to be boring or twee. When choosing porcelain for an 18-year anniversary gift for a man, it’s safer to opt for simple yet bold designs rather than anything too dainty. Of course, your choice of this modern gift should be made with his tastes in mind.

If he enjoys whipping up cocktails or GnTs, the art deco-inspired Prometheus collection by Fürstenburg is pure perfection. He’ll feel like a total Greek god serving drinks from his masculine sculptural tumblers and striking ice buckets. 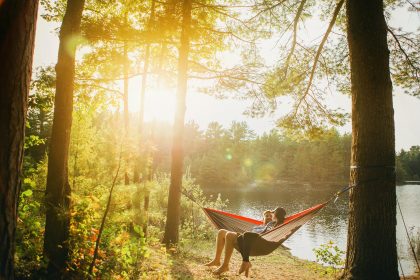 If you’re inspired by the chrysoberyl gem’s associations with optimism and playfulness, give him a gift that is all about good vibes. He’ll love receiving a hammock on his 18th wedding anniversary for him to put his feet up, anywhere, anytime. A handcrafted cotton Mayan hammock is a wonderfully indulgent choice. Or if he’s all about enjoying the great outdoors, get him a camping hammock, the perfect campsite companion for your next travel adventure.

One of the hottest trends in sunglasses to emerge recently has been the cat’s eye for men. The shape is an interesting and refreshing change from the usual round, D-frame and aviators. The wide-frame Grace design from Ace & Tate or the Moon design from Monokel Eyewear are both great options. 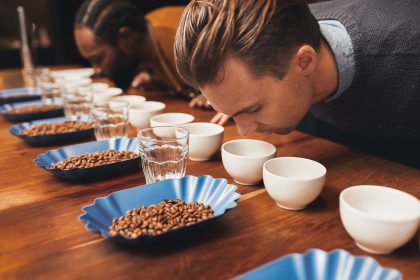 Let your 18th anniversary gift to him give him a chance to unleash his inner foodie. Give him a place in a masterclass that will offer him a sensory experience and the opportunity to learn something new. You can choose from classes that focus on sushi, chocolate, cakes and pastries, coffee, and more.

18th Anniversary Gifts For Her

She’s been your rock of support and your precious rose for 18 years. Lavish gifts on her when you celebrate your 18th wedding anniversary. 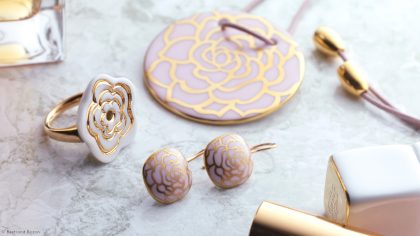 Porcelain’s uses are not limited to homeware. The modern gift for the 18th anniversary can be used to produce enchanting jewellery. Surprise her with an 18-year anniversary porcelain gift that is wearable. You’re sure to find suitable pieces in Bernardaud’s mesmerising collection.

If you want to commemorate her 18th wedding anniversary by giving her cat’s eye chrysoberyl, try to find a ring or a pendant that features the stone. It would be the best way of showing off the cat’s eye effect. Consider a cluster ring, or, if you cannot find a piece that you like, commission a jeweller to make something unique for your wife. 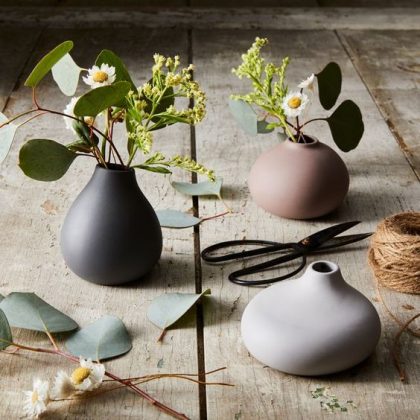 For a more traditional approach to a porcelain wedding anniversary gift, opt for a piece that is both beautiful and functional, such as a vase. We adore this trendy trio of mini porcelain vases which look like they just hopped out of an art museum. Rather than giving them to her all wrapped up in paper, let her wake up to the eye-catching ensemble by filling them few fresh flowers and placing them in her bedroom. 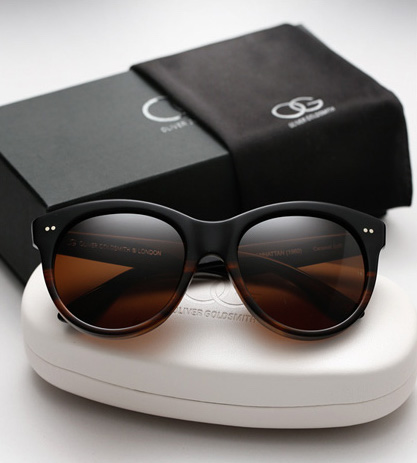 Of all the famous pairs of cat’s eye sunglasses, none are more iconic than the Oliver Goldsmith Manhattans worn by Audrey Hepburn in the 1961 film Breakfast at Tiffany’s. The firm is still in business, and, yes, the classic shades are still available. It’s a playful, fashionable take on the cat’s eye gem theme, and a stunning 18th anniversary gift.

If you want your 18th anniversary gift to her to be an opportunity for her to enjoy a bit of me-time, give her the chance to let the best hairdressers work on her hair. You can keep it to a haircut and styling, or you can include a luxurious treatment in the package. She’ll walk out feeling like a million bucks before that special 18th anniversary date night you’ve got planned! 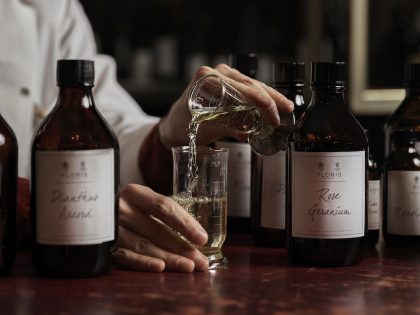 Choose perfume for an 18-year anniversary gift inspired by deep red flowers. Choose something from the Flower By Kenzo range, or opt for Jo Malone’s Red Roses. If you don’t think that’ll wow her, there’s always the unique idea of creating her own personalised perfume. She’ll get to mix and match her favourite aromas with the help of a professional perfumer to find the scent that captures her individual beauty and essence.

Indulge yourselves together on your 18th wedding anniversary, after all, it’s all about you – both! We’ve found a few glorious gifts that are perfectly suited to couples. 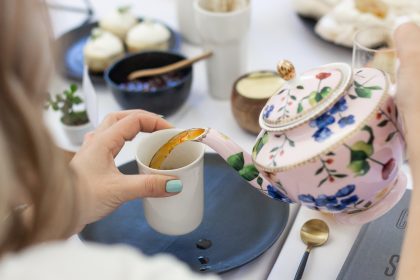 Some of the finest examples of porcelain are in the form of intricate teacups, saucers and teapots. As a clever nod to the modern theme, indulge in the age-old tradition of afternoon tea on your 18th wedding anniversary. Most grand hotels offer indulgent teas, some of which include champagne or prosecco. For something different, look for a fun-filled themed tea for that added unique factor. Pinkies up!

60th Anniversary Gift Ideas for Him, Her and Parents

London is home to some of the world’s most famous markets. Some markets have a focus on vintage items, while others put the spotlight on art. Yet others are all about food. Spend a morning hand-in-hand exploring the numerous stalls at a market that appeals to you or take the experience to the next level by going on a market tour from an expert. 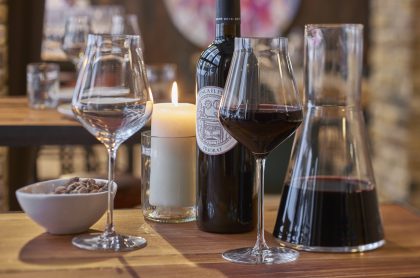 Attending a wine tasting is a slightly different take on the usual wining and dining anniversary outing. You can find events tailored for fans of red or white or those that offer a mix of both. For the full sensory affair, opt for a wine tasting experience that pairs wine with fine cheeses, chocolate or even lobster and caviar. It’s the perfect gift experience for a pair of aspiring sommeliers celebrating their 18 year anniversary.

Why not celebrate your 18-year anniversary while taking a romantic holiday together. Choose from amazing ideas like glamping in the UK,  enjoying a safari in South Africa, visiting a Sri Lankan tea plantation, or heading to New York City. Explore the sights and sounds of a location that is new to both of you, sample local cuisine, and don’t forget to put your feet up and relax!

18 years of marriage is a major achievement. Mark it with one of these gifts to make it truly memorable for you and your partner.