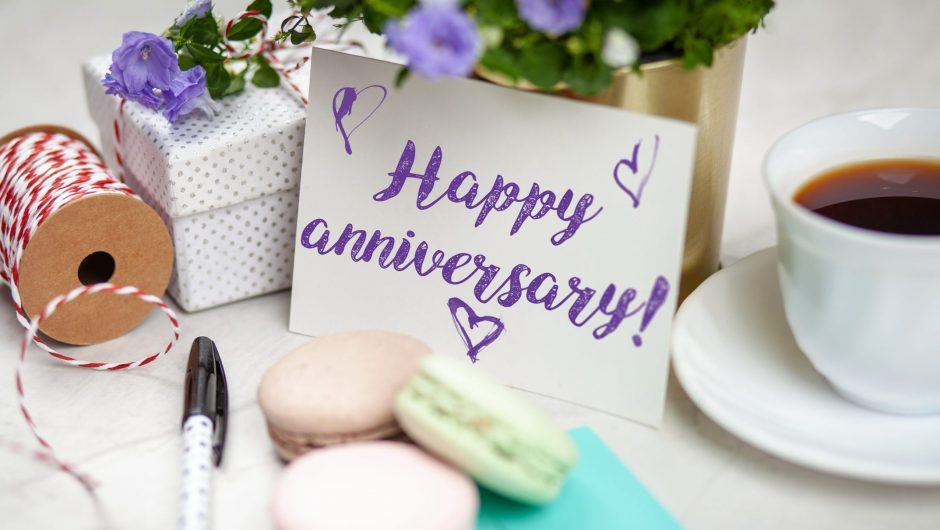 The number 7 is considered to be special by billions of people around the world, so your 14th wedding anniversary is doubly lucky! The traditional 14th anniversary gift is ivory as it is a symbol of patience and stability. The modern gift for the 14 year anniversary is gold jewelry, a perfect gift of beauty to honour 14 years of marriage.

Judging by the gifts traditionally associated with the occasion, it has always been seen as worthy of extra-special celebration. Find gorgeous 14th wedding anniversary gift ideas inspired by that fine tradition for him, her and for couples with our help.

What Is The 14 Year Anniversary Gift? 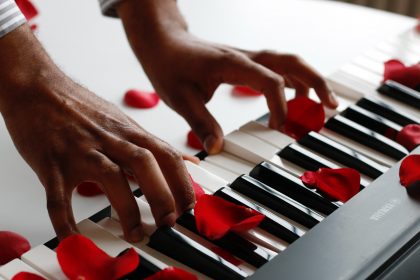 According to the list of traditional anniversary gifts by year, the traditional 14th anniversary gift is ivory. The ivory given on the 14th wedding anniversary of marriage was originally sourced from the tusks of elephants, walruses, or warthogs. Ivory, which has always been a costly item, was seen as one of the finest ways in which to honour a partner. Ivory is seen as a symbol of the dignity, patience, and stability reflected by a couple whose marriage has survived for 14 years. It takes good times and bad to develop those fine qualities in a relationship.

Of course, giving a gift made of real ivory today is a big no-no. But don’t worry! There are plenty of other cool 14th anniversary gift ideas in line with the ivory theme below that are eco-conscious and totally fabulous.

Due to rampant poaching and the difficulty of finding ethically sourced ivory, gold jewelry has become the preferred gift for the 14th wedding anniversary. Gold is nowhere as rare as ivory, but its value and beauty make it a worthy gift to honour your husband or wife. Despite the modern gift being gold jewelry, the occasion is not known as the golden anniversary – that name is reserved for the 50th, which is still a few decades away!

Also see  What is the 70th Wedding Anniversary? Gift Ideas for Parents, Him & Her 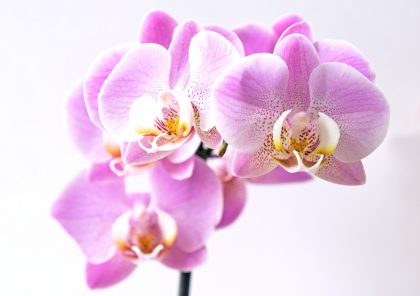 The symbolism of the orchid has changed according to time and place. To the Victorians, who placed special emphasis on the language of flowers, they represented beauty, love, luxury and strength. To the ancient Greeks, they represented virility and fertility. Most people who include orchids among the 14th anniversary gifts focus on the meaning bestowed on the flowers by the Victorians.

Containing within themselves the colours of the rainbow, opals look like they could have been mined by dwarves in the land of the fairies. However, 95% of the precious gems are mined in Australia. The rest come from the western US, as well as Brazil, Honduras and Mexico. The stone represents love and passion; both qualities that should be alive and well at the 14th anniversary.

14th Anniversary Gifts For Him

Whether based on old or new traditions, a 14th anniversary gift for him should be luxurious. They should convey a sense of dignity, express your love and perhaps have a touch of the exotic about them. Use our suggestions to find a gift which says that, after 14 years of marriage, you’re still lucky in love! 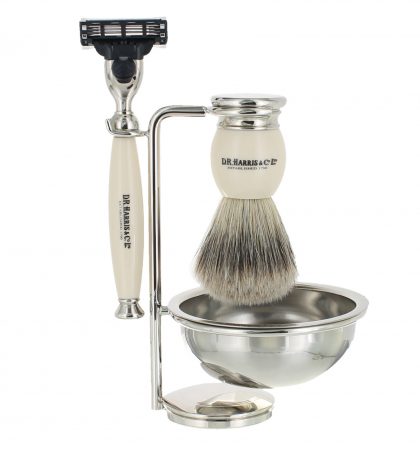 A shaving kit with imitation ivory finishes makes a lovely ivory gift to mark a 14th wedding anniversary. Most vintage-style kits include a razor, a shaving brush, and a stand, although the four-piece kit from D.R. Harris & Co. also includes a shaving bowl. Put the finishing touch on your gift by indulging him in a traditional wet shave and pampering session at Gentlemen’s Tonic. 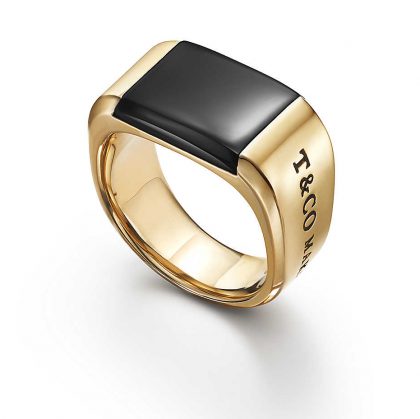 If you’re looking for a good reason to spoil him with gold jewelry, your 14th wedding anniversary is the perfect time to do it. Take his personal tastes into account when shopping. You know whether he will be happy to wear a ring, a chain, a pendant, or even earrings. If you’re looking for something with a tasteful, masculine design, we suggest this piece of gold jewelry – the 18k gold signet ring from Tiffany & Co. 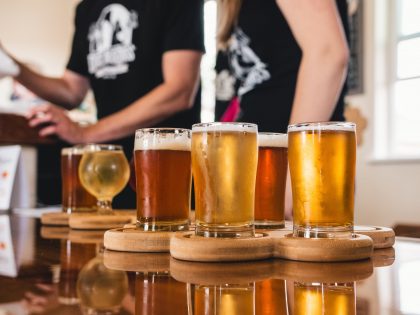 If he’s a beer drinker, consider spoiling him with a beer tasting experience for your 14th wedding anniversary. Take him on a brewery tour followed by a tasting of the best craft golden ales in town. Or for something really unique, send him on a craft beer masterclass where he’ll learn how to make his own bottle of brew. Either way, he’ll love indulging in plenty of pint of the sweet golden nectar for your 14th wedding anniversary. 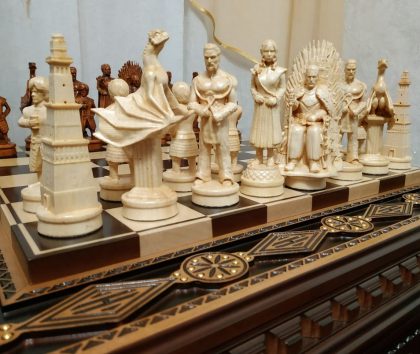 Traditionally, many of the first chess sets were made of ivory. While you can still get your hands of them, they cost a pretty penny and aren’t exactly eco-friendly. As a great alternative, gift your partner with a fancy chess set made of glass, wood or marble. Game of Thrones fans will love this handmade wooden chess set featuring all his favourite Westeros characters.

14th Anniversary Gifts For Her

Indulge your beloved on your 14th anniversary by showering her with gifts and treating her to indulgent experiences. The traditional gifts were costly and rare. Let that set the tone for your celebrations with some luxurious and dazzling 14th wedding anniversary gift ideas. 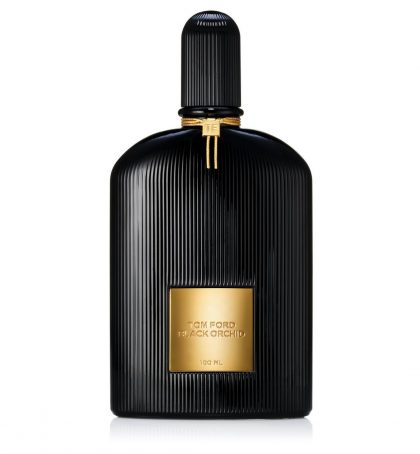 If you want the orchid theme to be slightly less obvious yet undeniably present on your 14th wedding anniversary, give her a designer fragrance that includes the blooms among the notes. Our two luxurious suggestions are Orchidée Vanille by Van Cleef & Arpels, and Black Orchid by Tom Ford. 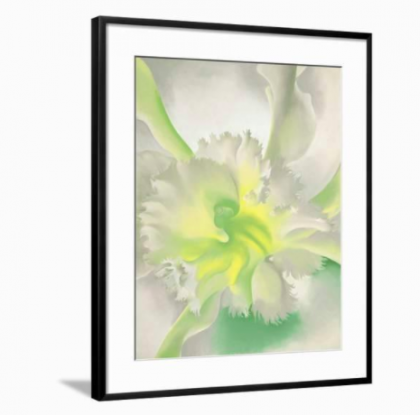 Beguilingly beautiful, the floral paintings of Georgia O’Keeffe have entranced viewers for decades. A framed high-quality print of the artist’s An Orchid, 1941 would make a breath-taking 14th wedding anniversary gift for an art-loving partner. 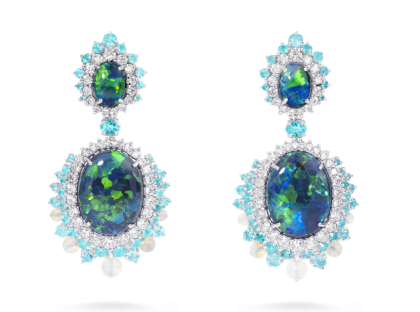 Surprise your partner with jewelry featuring the gemstone opal for her wedding anniversary 14 years after you said, “I do.” This pair of black opal and paraiba tourmaline earrings from David Morris are a sight to behold. She’ll have heads turning every time she wears them. 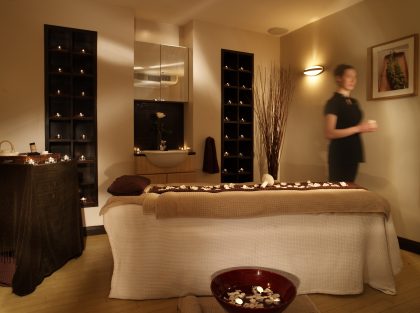 Let your partner luxuriate in a blissful treatment on her 14th wedding anniversary that will leave her feeling radiant on her 14th wedding anniversary. There is an array of spa days and packages to choose from. She’ll be anointed with precious oils, massaged, pampered and be given an opportunity to rejuvenate in peace. You can choose from head-to-toe options or those that focus on facials, manicures, pedicures or other treatments.

Also see  What is the 21st Wedding Anniversary? Gifts for Your 21 Year Anniversary

Don’t limit celebrating your 14th wedding anniversary to giving one another gifts. Take the day, or a few days, off, or choose a weekend to spend valuable time together. Use that time to fall in love with each other all over again. 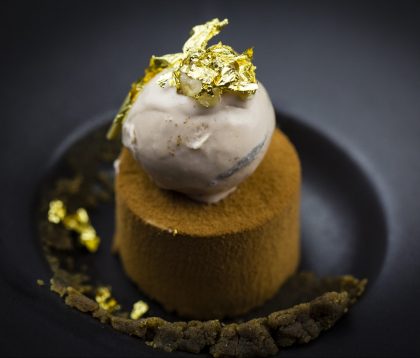 What’s better than enjoying pints of cold craft beer? Pairing it with fine-dining cuisine! If you’re looking for things to do for your 14th anniversary, indulge in a Michelin star dinner with expertly paired beers. Together you’ll find out about how different varieties of beer can really elevate a dish. The perfect anniversary activity if you both prefer a pint of ale over a glass of wino. 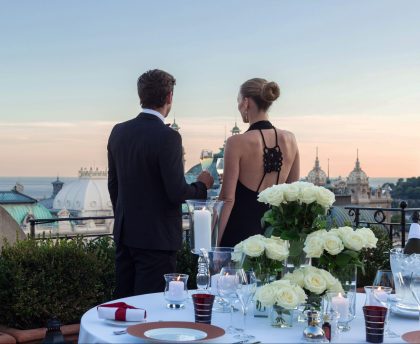 If your name is Bond, James Bond, then this phenomenal getaway to Monaco is a dream come true. Escape your regular lives for a few days, and head abroad for a truly extravagant 14th wedding anniversary gift to yourselves. You’ll experience true Bond glamour, from cruising the French Rivera in an Aston Martin to a night at the casino with your martinis shaken, not stirred. An unforgettable anniversary gift for thrill-seeking couples, Bond fans or not! 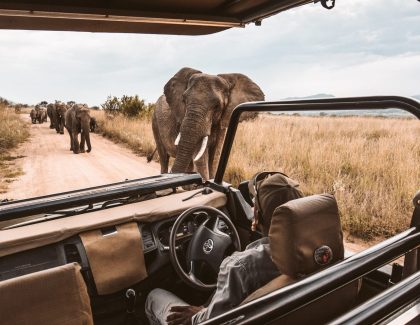 For the eternal adventurous romantic, what could stir your heart more than a safari in Africa? Together you’ll witness the magic of seeing elephants alive and well in their natural habitat – the best kind of ‘ivory gift’ money can buy. In choosing this unforgettable sustainable travel experience, you’ll be supporting the end to poaching and the illegal ivory trade. At the same time, you’ll experience pure luxury in the vast plains of Africa, coming face to face with the Big 5 for a perfect 14th wedding anniversary gift.

14 fabulous years of married bliss are easy to celebrate with these 14th anniversary gift ideas. Make your partner feel special in just the right way by spoiling them with an indulgent treat that signifies just how much they mean to you, whether it is an gold jewelry, a tasting experience or an unforgettable safari adventure.