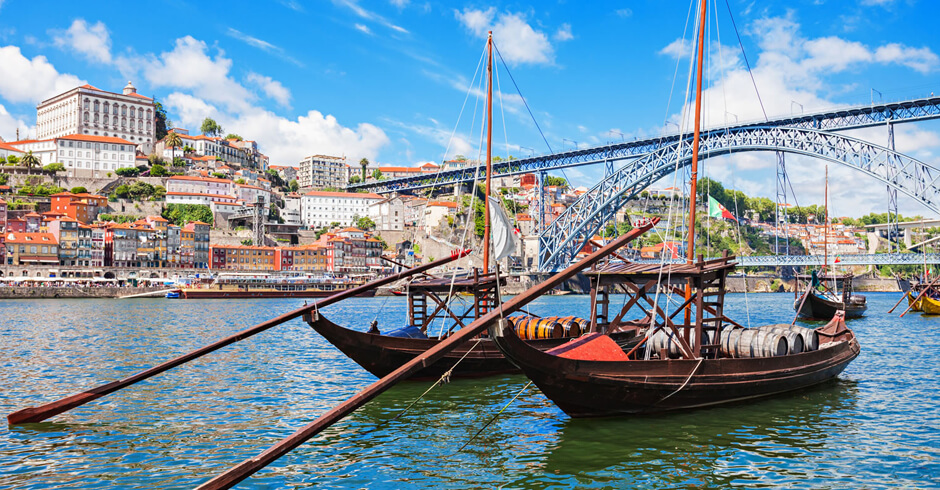 Portugal is a unique and attractive destination.It is much older than you might think. The country is rich in history, culture, and tradition.

1.In the early 18th century, the English turned to Portugal to supply them with wine on account of the war they were fighting with France. The wine, however, could not last the voyage without going off and was therefore fortified with brandy. The beverage became known as Porto wine, or Port. Also, over half the world’s cork production is sourced from Portugal. It’s produced in the Douro valley, a lush area surrounding the city of Porto. The wine is usually red and is notable for its sweet taste, commonly served as a dessert wine.

2.First established as a country in the 12th century, Portugal has had the same defined borders since 1139 – making it the oldest nation in Europe.

3.The world’s only ‘international’ zipline stretches between two villages; one in Portugal and the other in Spain. Creator of the ‘Límite Zero’ David Jarman said, ‘Two villages in two countries, separated by a river 150 metres wide – a zipline just seemed obvious to me.’

4.Portugal is famous for pastry. Pastéis de nata, one of the most popular tarts, were first made in the 17th century when monks used leftover egg yolks (from starching their habits) to create a sweet egg tart. These were sold to passersby outside the monasteries to generate extra revenue. If you’re interested to learn more, check out our Pastéis de nata masterclass in London!

5.According to the Guinness Book of World Records, and perhaps contrary to popular belief, S.L. Benfica is the world’s most widely supported football club.

Also see  Best Spots to Charter a Yacht Around the World

6.Portugal’s weather is known as the hottest in Europe, with nearly 3,000 sunny hours per year.

7.The shrine of Fatima is a poplar pilgrimage spot for Christian communities and, in terms of volume of visiting pilgrims, it is second only to Rome in Europe. Fatima receives four to five million pilgrims a year.

8.From 1808 to 1821, and after Napoleon invaded the country, the capital of Portugal was Rio de Janeiro in Brazil.

9.On June 23, the city of Porto holds Festa de Sao João do Porto, one of the liveliest European festivals that pays tribute to Saint John the Baptist. The festivities start in the afternoon and continue on through the night with music, dancing, sky lanterns and balloons. Elements of the festival date back to pre-Christian traditions, therefore some partygoers engage in Pagan-style courtship rituals where young men seek out women to hit them with garlic flowers or soft plastic hammers.

10.Some of the biggest waves in the world can be found at Nazare, just off the coast of Portugal. The monstrous waves, some going up to 100 feet, attract surfers from all over the world!Experience Life in Portugal !