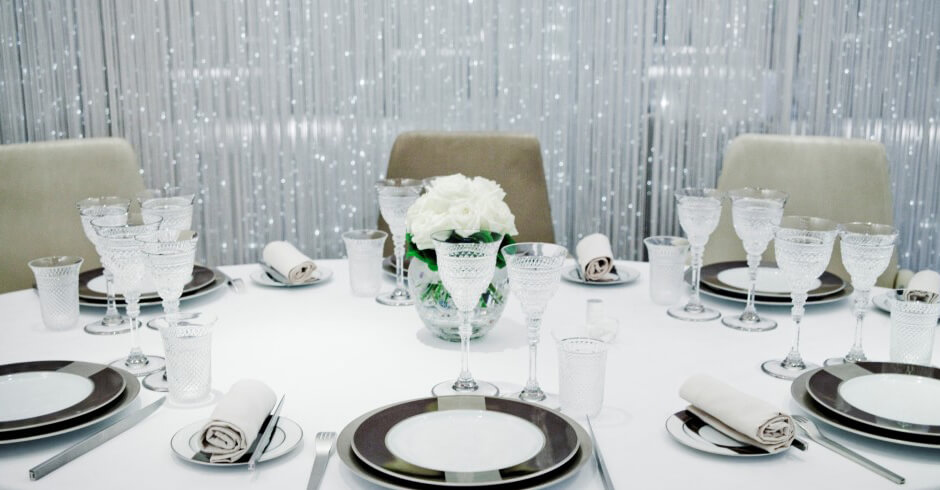 In London, fashionable restaurants are certainly not difficult to come by. There are some venues famous for their plush interiors, then there are those frequented by A-list celebrities, while most others rely on their reputations for a delectable menu and carefully prepared food. In no particular order, you’ll find at least one restaurant that fits into each of those categories.

Despite what the menu might tell you, Heston has many surprises up his sleeve. The food at Dinner is characteristically experimental, from the ‘porridge of frogs’ legs’ to the chicken liver and foie gras that has the appearance of an orange. The obscurity of dishes on the menu have not detracted from the restaurant’s accomplishments. Within a year of opening in 2011, Dinner was awarded its first Michelin star, has more recently obtained a second, and has become one of the world’s best new places to dine.

2. Alain Ducasse at The Dorchester

Alain Ducasse at The Dorchester finds itself on the list not only because, per head, it is the most expensive restaurant in town. Not by coincidence, it happens to be the most lavish, with an unmitigated attention to detail, from the 4,500 glimmering fibre optics as part of the décor, to the scrupulousness put into every element of every dish.

The only thing more impressive than the Japanese wood-burning oven and the 12-seater sushi bar is the extraordinary abundance of famous faces. Nobu, being as fashionable as any other restaurant in the middle of Mayfair, is where you’re most likely to see a Jude Law, a Michael Caine, or an Emma Thompson.

Joël Robuchon is the chef to possess more Michelin stars around the world than any of his contemporaries. Having amassed an incredible 28 stars in total from Asia, America, and Europe, one might make the assumption that Mr. Robuchon’s cooking should be pretty good.

When you have a restaurant that shares the name with the world’s most popular television chef, its no surprise getting a table is nigh on impossible. While the décor resembles an airport waiting lounge, if you’re going for the food you won’t be disappointed. Ramsay has his critics, but it’s tough to pick out much wrong with any Michelin 3 star restaurant.

Situated right in the middle of the theatres and cinemas of Piccadilly, and in such opulence, surely there can be no better place to eat and drink before or after a West End show. Criterion has been attracting glamorous folk with its gold and marbled neo-Byzantine design since 1874.

China Tang has to be one of the most authentically designed restaurants in London. Once you step in, you might as well be in Shanghai in the early 1900s. The interior is rich with polished mahogany, collectable ‘chinoiserie’, and delicate objets d’art fashionable during the period it was inspired by. 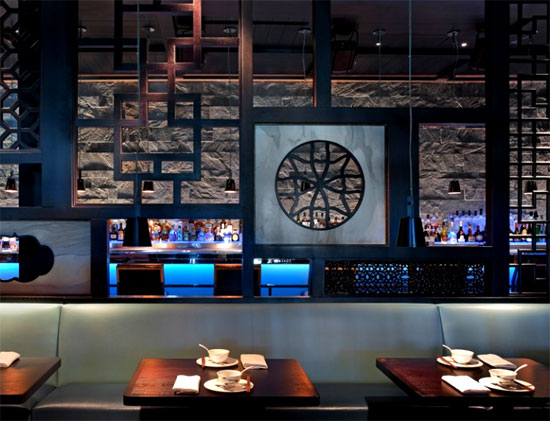 One does not simply call Sketch a restaurant. This establishment has a bar, tearoom, lounge, library, brassiere, and art gallery. While, according to itself, it is the most expensive restaurant in London, Sketch certainly possesses an array of the most outlandish interiors. Perhaps that’s what endears itself to the young and trendy.

Bishopsgate / www.duckandwaffle.com / Good for: The view

You’d be forgiven for thinking the Shard houses London’s highest restaurant. Duck & Waffle, on the 40th floor of Heron Tower, might have a more rustic approach to its food than you were expecting, but that will never be too much of a distraction from the view. This place is fashionable – especially at night.

The Hakkasan brand has become something of a fine dining empire, with 12 branches sprouting all around the world. Some may call it ostentation incarnate, but when the food is as ornate as the multi-million pound surroundings, you know you’re in a restaurant as fashionable as they get. This Chinese establishment is also one of the few to receive a Michelin star, widely being recognised as the place to go for oriental cuisine.