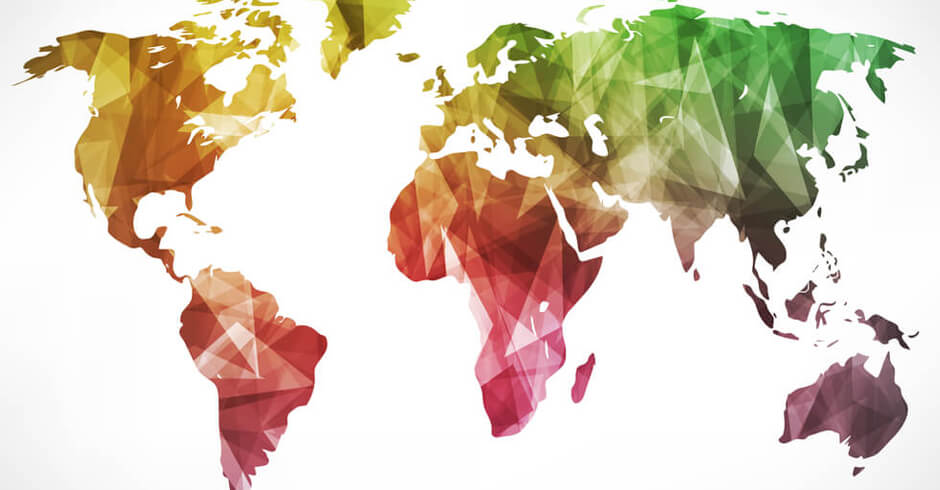 We live in a world full of countries and cultures that possess fascinating and downright bizarre gifting traditions. Did you know, for example, that Santa Claus originates from a small town in Turkey and not a grotto in Lapland? And were you aware that, in rural Soviet Russia, the most valuable gift you could give someone was a piece of firewood? Humans are a curious species, and our interactions and gestures of goodwill provide some good examples of that.

Lottery tickets are bought and exchanged here more than they are anywhere else in the world, and often make a suitable birthday gift. Though diamonds originally symbolised 75 years of married life In the UK, they are now associated with 60, as Victoria’s 60 years on the throne marked her Jubilee.

Again, Chinese gifting is a bit of a numbers game. As an example, anything to do with the number four is a bad omen, as in Chinese it sounds similar to the word ‘death’. After receiving a red envelope, children will customarily touch their envelopes under their pillows for seven nights as a wish for good luck. Birthdays, however, aren’t formally celebrated until one turns 60.

As left hands are considered unclean in Indian culture, gestures such as touching, passing money, or giving gifts are to be done with the right hand. Contrary to some other cultures, an odd number of objects or currency denotes good luck. For example, £11 should be given as opposed to £10.

Despite the kind gesture, thank you cards and notes are not a common part of the gifting custom in Israel. Contrary to the way American Jews exchange gifts during Hanukkah, those from or residing in Israel won’t typically receive gifts from one another.

Italian kids are certainty a bit spoilt. In addition to a visit from Santa, children have their stockings filled by a fallacious witch at the end of Epiphany on January 6. Interestingly, gifts are not exchanged between or within companies, as the act is deemed a little tacky.

There are staunch traditions when it comes to gifting etiquette in Japan. One of these guidelines stipulates that presents should be refused up to three times before their acceptance. Also, every year on March 14, men are expected to return the value of their received gifts threefold.

Native American gifting etiquette is exactly the opposite to that of any other culture. Traditionally during weddings and powwow celebrations (birthdays aren’t always recognised), guests are the receivers of gifts rather than whomever the host may be.

Due to the way Russia was governed during the Soviet era, Russians celebrate New Year with more gusto than they do at Christmas. While Vodka might seem the most suitable gift for a Russian, a lot of them would see it as an unimaginative gesture. Many even perceive the notion as insulting.

The majority of people from South American countries will see the offering of sharp objects as a sign that you want the relationship with them severed, so scissors and cooking knives are best avoided. On the eve of January 6 at the end of the Christmas period, Argentinian children will customarily leave their shoes by their beds to be filled with small gifts. Meanwhile in Brazil, seaside settlements will send gifts of flowers, fruits or jewellery out to sea to honour the Goddess of Water.

In Zimbabwe, it is not uncommon to be directly asked for a gift. When one has been bought even without requesting it, the worst you can do is to refuse the offering, even if the family giving is starving. Also, gestures of thanks are preferred over verbal reciprocation. These may include jumping up and down, dancing, or whistling.

Know of any gifting traditions not mentioned here? Let us know.